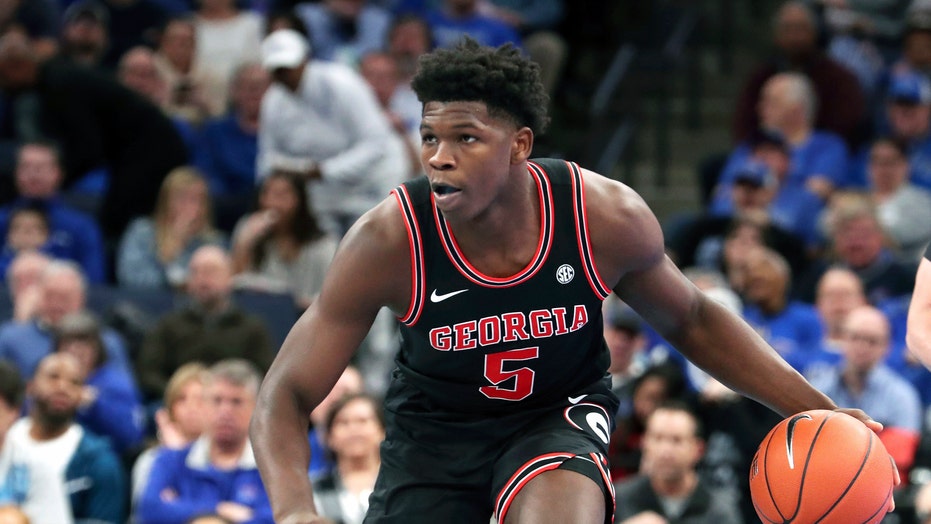 Anthony Edwards is headed to Minnesota.

The Timberwolves selected Georgia's Edwards with the top selection in the 2020 NBA Draft.

Edwards, a shooting guard, averaged 19.1 points, 5.2 rebounds, 2.8 assists, and 1.3 steals per game last year as a freshman at Georgia. Edwards became the 11th straight one-and-done player to be the No. 1 pick, coming in a year where there was no clear obvious choice.

WHAT TO KNOW ABOUT THE 2020 NBA DRAFT

“It’s an indescribable feeling,” Edwards said virtually on the ESPN broadcast. “I can’t even describe it. So many emotions. My family is emotional. I feel like when I get out of here I’m going to be emotional. It’s beyond measure to be in this situation.”

The Golden State Warriors, who were hit hard a few hours before the draft by the news of Klay Thompson suffering a leg injury during a workout, took Memphis center James Wiseman with the second overall pick. Thompson missed the entire 2019-20 NBA season with a torn ACL in his left knee.

LAVAR BALL SAYS TRUMP LOST REELECTION BECAUSE OF THEIR 2017 FEUD: 'HE WOULD STILL BE PRESIDENT'

Due to the Thompson injury, many suspected that the Warriors would take LaMelo Ball with the pick, but they decided to pick the 7-foot-1 center, who averaged 19.7 points and 10.7 rebounds in three games for Memphis. Wiseman was suspended for eligibility reasons and eventually left the program to prepare for the draft.

Ball was taken at No. 3 by the Charlotte Hornets.

Ball's brother, Lonzo, was the second pick of the 2017 draft by the Los Angeles Lakers. The two brothers are the first pair of siblings taken in the top 5 of the NBA draft, according to ESPN Stats & Info.

LaMelo Ball recently played with the Illarawa Hawks of the Australian National Basketball League, where he earned NBL Rookie of the Year honors. In his lone season with the Hawks, Ball averaged 17.0 points on 37.5 percent shooting from the field, 7.6 rebounds, 6.8 assists, and 1.6 steals in 31.3 minutes per game.