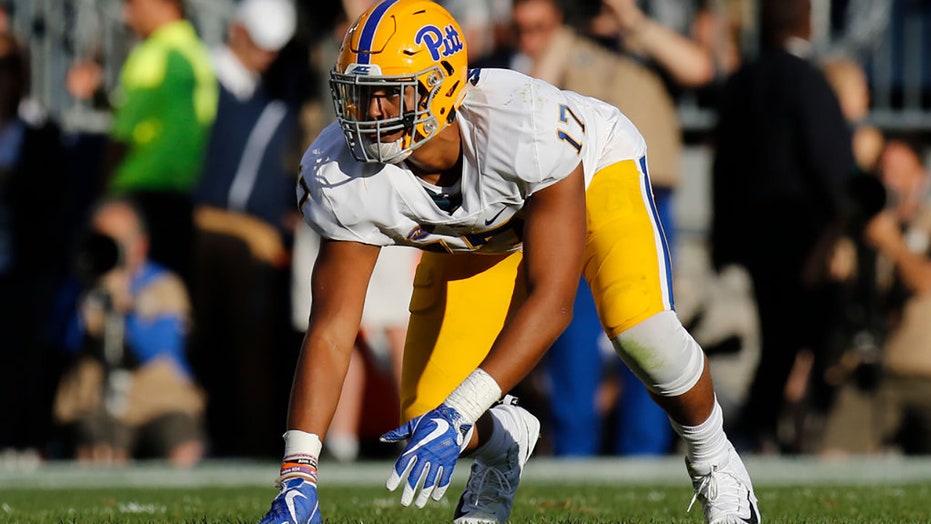 Tennessee Titans fourth-round draft pick Rashad Weaver has been charged with one count of simple assault stemming from an alleged incident that occurred on April 18 in Pittsburgh.

According to a criminal complaint filed in Pittsburgh’s magisterial district court Friday, officers found a woman lying on the ground surrounded by a group of people on the city’s South Side.

Those at the scene said a large man, identified as Weaver, punched the woman, according to the Pittsburgh Post-Gazette. One individual claimed to have seen Weaver punch the woman, and another recalled not seeing the alleged punch but observed the woman fall to the ground, the report said. 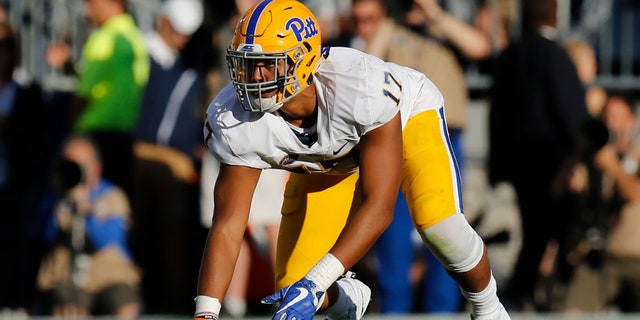 Rashad Weaver #17 of the Pittsburgh Panthers in action against the Penn State Nittany Lions at Beaver Stadium on September 9, 2017, in State College, Pennsylvania. (Photo by Justin K. Aller/Getty Images)

Weaver was not at the scene when officers arrived, the report said. The woman was checked by a medical professional and released. The complaint said the alleged victim later went to a hospital on April 22 due to vomiting and was diagnosed with a concussion.

Prior to the incident, the complaint alleges that Weaver and the woman got into an argument at a bar. Before leaving the bar, Weaver “stated to other officers on scene that he had no problem hitting a female if they needed it,” according to the complaint.

Dennis M. Blackwell, the attorney for Weaver, called the allegations against his client “completely false and reckless.”

“Without question and without hesitation, we deny Rashad punched anyone, especially a woman. We intend to conduct a full investigation of these charges, and intend to pursue all legal remedies available to Rashad,” he said in a statement.

A preliminary hearing is scheduled for Oct. 5 at Pittsburgh Municipal Court.

Weaver was selected by the Titans with the 135th overall pick in the 2021 NFL Draft on Saturday. He was a consensus All-American defensive end last season with Pittsburgh, netting 14.5 tackles for loss, 7.5 sacks, and three forced fumbles.

“We were made aware of this news this morning. We obviously take this seriously and are in the process of gathering details and working with the league.” the Titans said in a statement Monday.

7 ways to avoid getting sick at work this winter