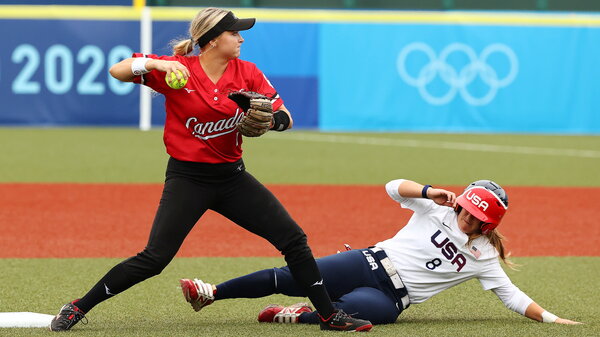 It’s Thursday at the Olympic Games, or as it is officially known, “Day Negative 1.” (The opening ceremony is on Friday.)

The fire hose of sports that will start spewing on Saturday is still but a trickle, but there are several events of note.

The Tokyo morning features three more softball games. The U.S. won its opener on Wednesday over Italy by just 2-0, so a stronger offensive performance will be sought against Canada (1-0) on Thursday at 9 a.m. (8 p.m. Eastern on Wednesday). Mexico-Japan and Australia-Italy follow.

Then in the Tokyo afternoon and evening, soccer resumes, this time the men instead of the women. The United States did not qualify for the men’s tournament, which is made up mostly of younger professionals.