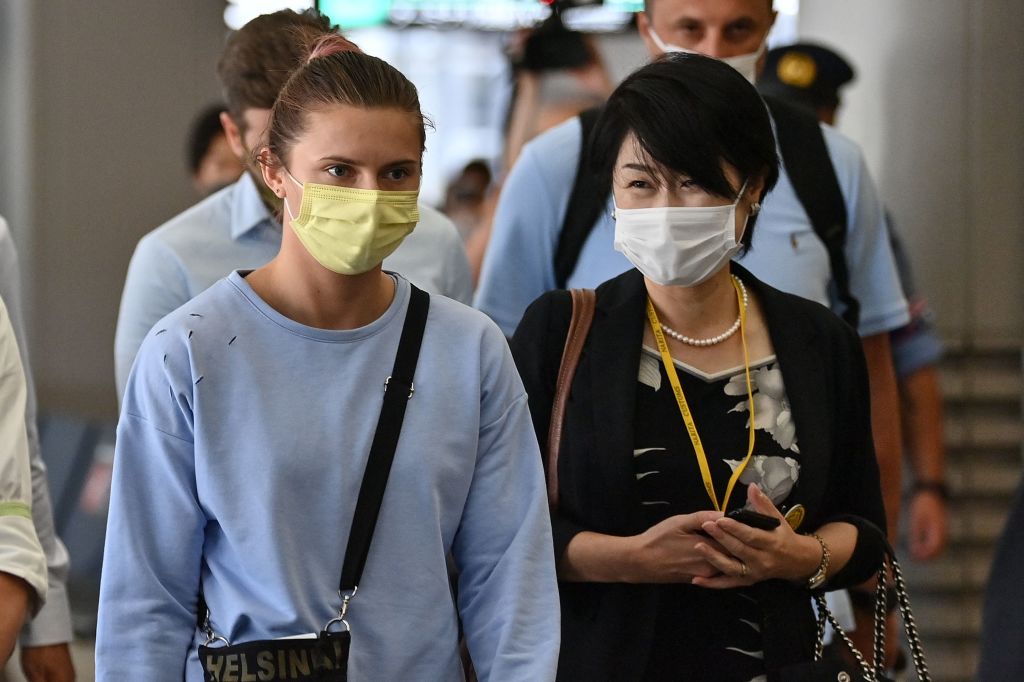 Belarusian Olympic sprinter Krystina Tsimanouskaya has arrived in Warsaw after she travelled to the country under Polish diplomatic protection.

Tsimanouskaya had accused team officials from her native Belarus of trying to forcibly bundle her on a flight from the Tokyo Olympics back home to Minsk after she openly criticised her coaches on social media.

Claiming to be fearing for her life, the 24-year-old instead sought refuge in Tokyo’s Polish embassy and appealed to the International Olympic Committee for help and guidance.

Tsimanouskaya and her husband were subsequently granted humanitarian visas by Poland and the country’s deputy foreign minister, Marcin Przydacz, announced that she had landed safely in the capital this evening.

‘I want to thank all Polish consular and diplomatic staff involved, who flawlessly planned and secured her safe journey.

‘Poland continues to show its solidarity and support.’

The Belarus Olympic Committee flat-out denied all of Tsimanouskaya’s claims and have cited her ’emotional and psychological’ condition as the reason for her absence at the Games..

A statement read: ‘According to doctors, due to the emotional and psychological state of the Belarusian athlete Christina Tsimanouskaya, the coaching staff of the national athletics team decided to stop the performance of the athlete at the XXXII Olympics.’