A JAPENESE diver broke down in tears after agonisingly missing out on an Olympic medal at her home Games in Tokyo.

Arai Matsuri and partner Itahashi Minami were in the mix to scoop bronze heading into their final entry in the synchronised 10m platform. 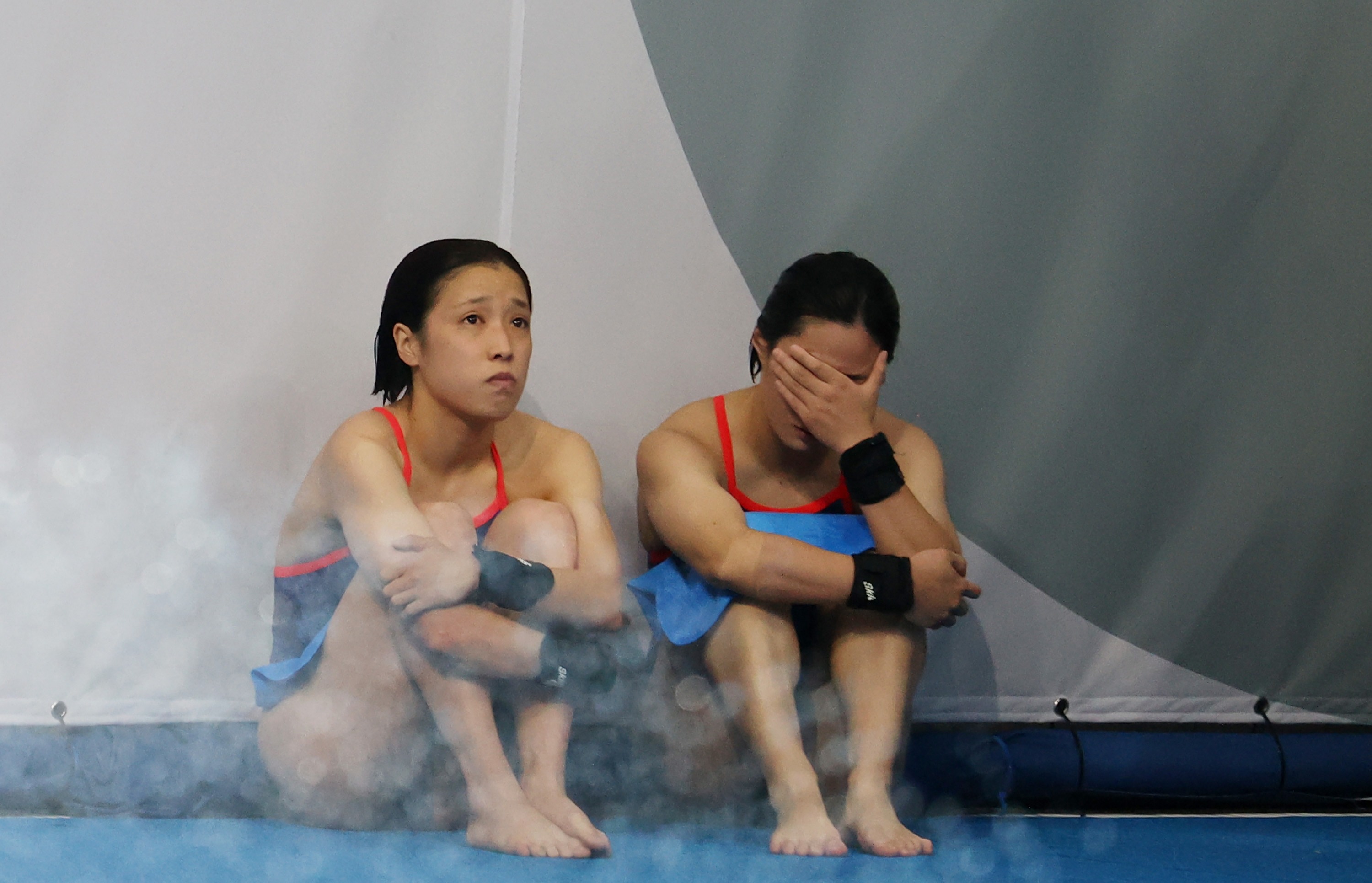 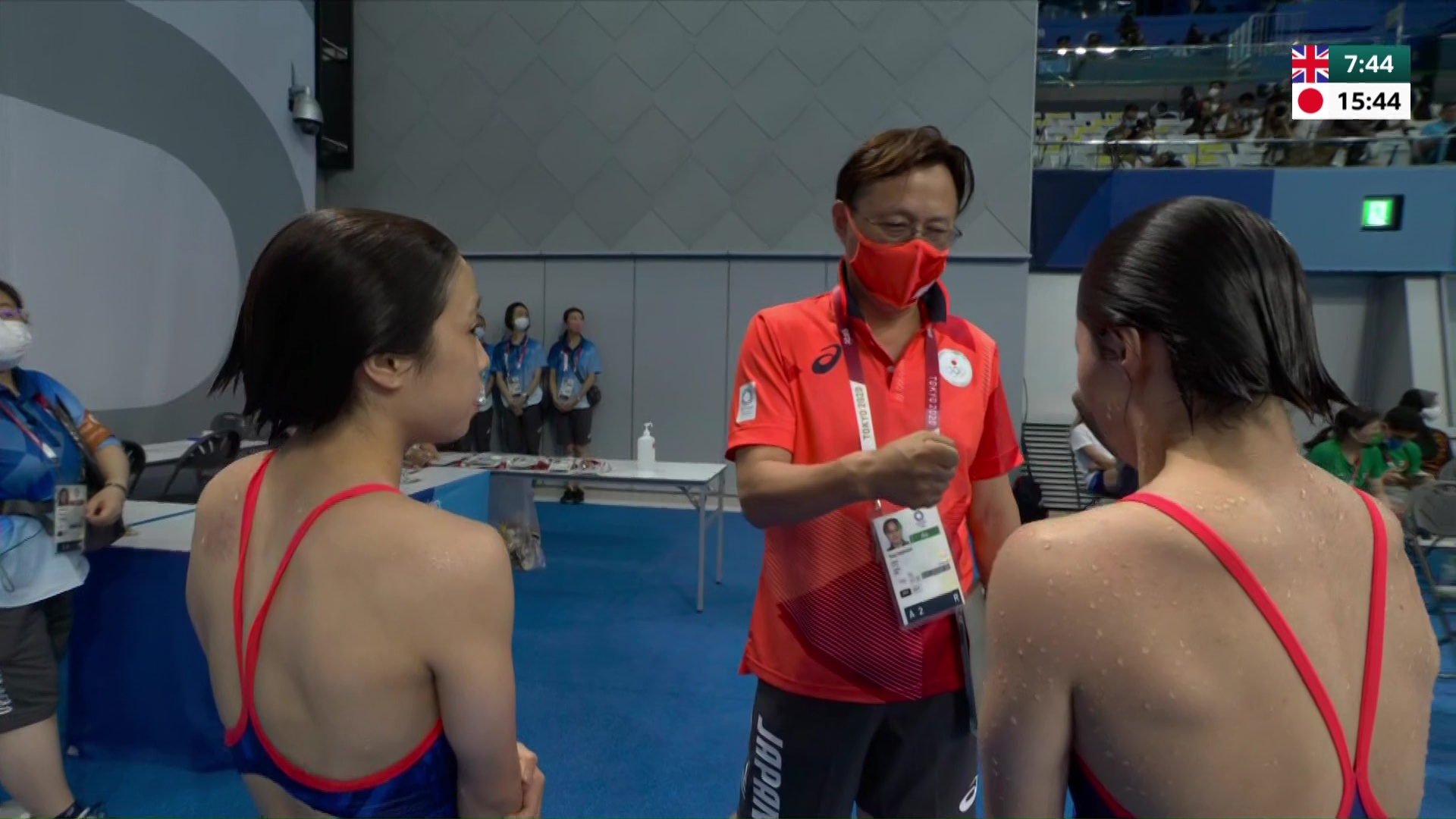 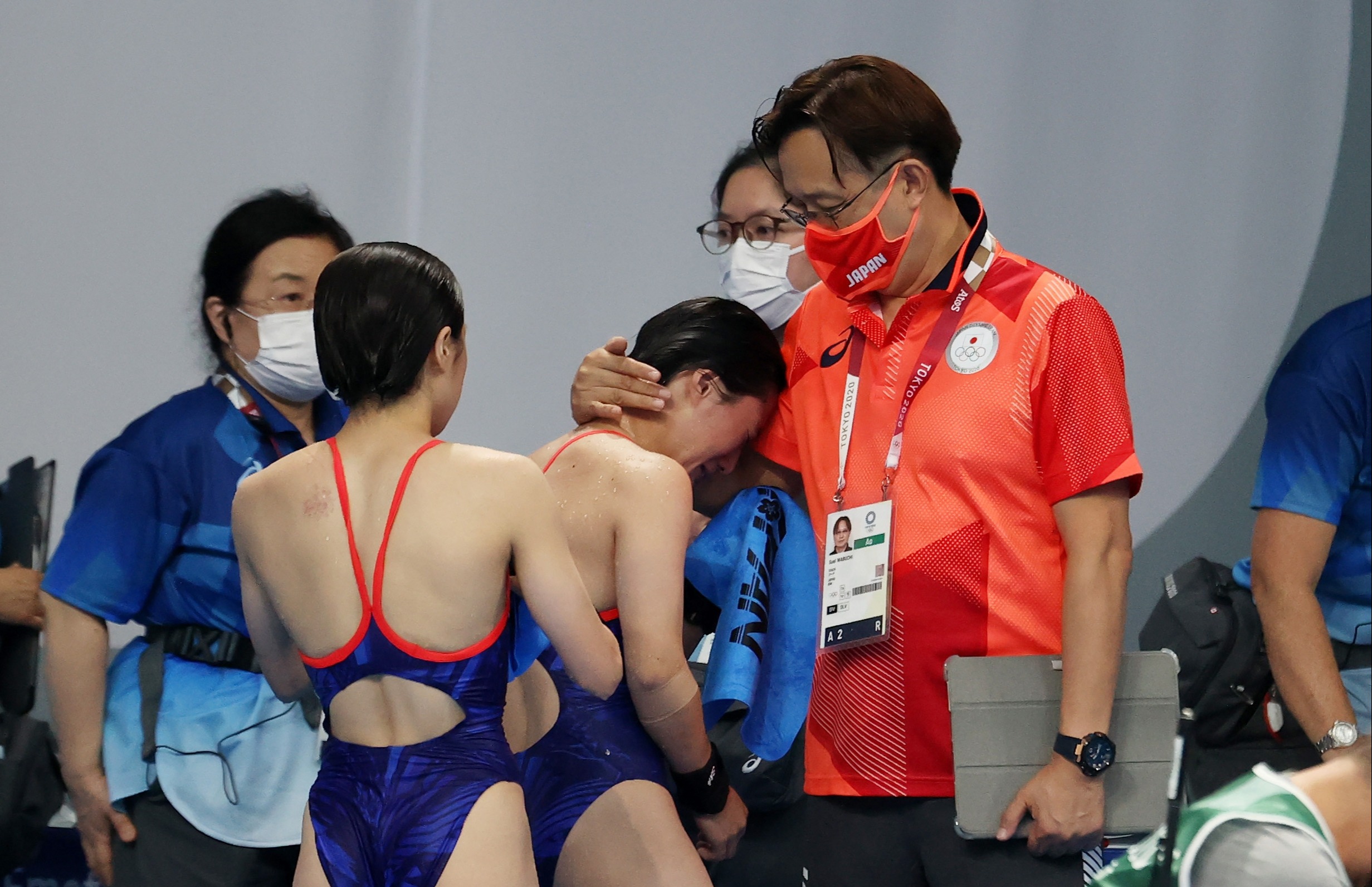 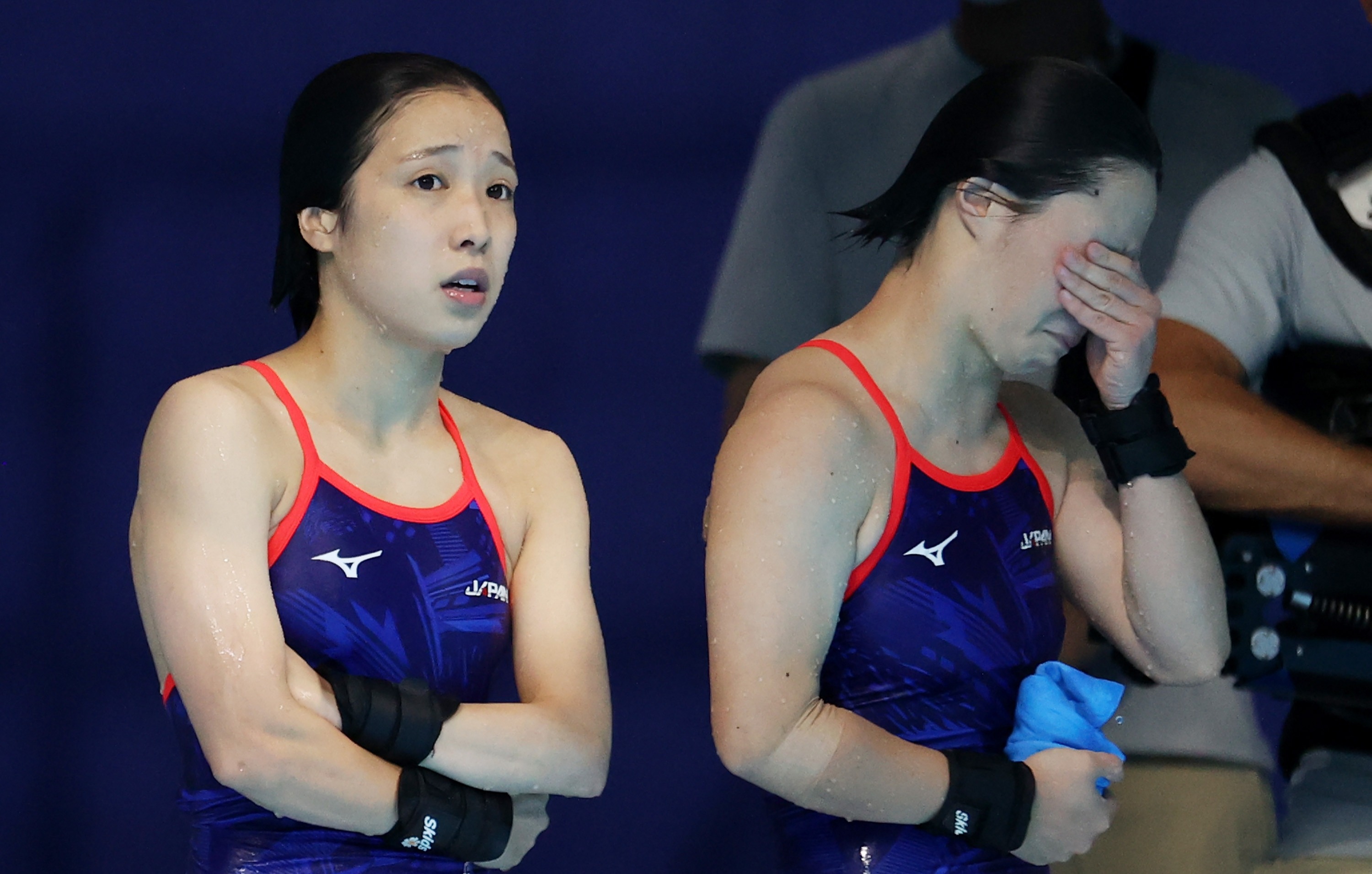 Yet the pair fluffed their attempts at a back two and a half somersault with 1 and a half twists that carried a 3.2 degree of difficulty.

And it all became too much for one of them, with her coach forced to turn his post-dive fist bump – that had been reciprocated after their successful second-round entry -into a pat on the shoulder after she succumbed to tears.

Former competitive diver Leon Tayler was on commentary for the BBC and expressed his sympathy for the local favourites at just falling short.

He said: "That's the first entry that the Japanese divers have missed.

"Oh my word, I was not expecting that. They've just both faltered under the pressure – maybe the expectations got to them.

"I was expecting them to sign off the dream then really, that's going to be desperately disappointing."

As the final results were tallied up and confirmed, the camera panned to Matsuri and Itahashi who had slumped on the ground in defeat.

Great Britain heroes Eden Cheng and Lois Toulson finished one spot below the Japanese with China claiming the Gold medal.

Meanwhile, the USA landed their first-ever synchronized diving medal with silver as neighbours Canada just missed out on a podium in fourth.

Denver Broncos: What to know about the team's 2020 season