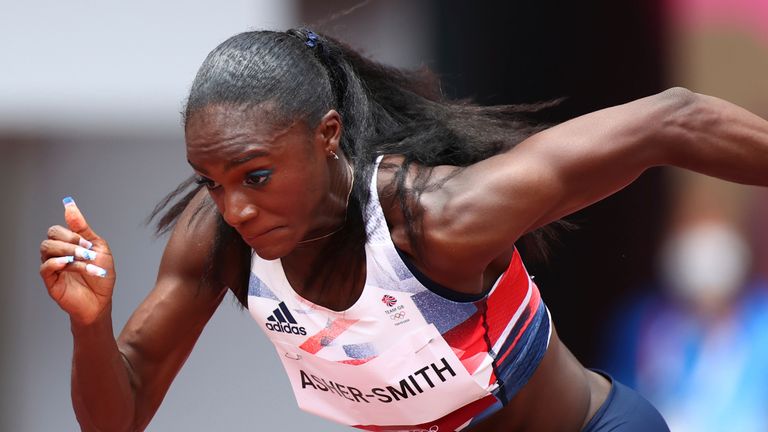 Dina Asher-Smith has been knocked out of the women’s 100m at the semi-final stage of the Tokyo Olympics.

However, Team GB’s Daryll Neita was able to secure the final fastest loser place with her semi-final run of 11 seconds flat.

Asher-Smith, the 100m silver medallist from the 2019 world championships, ran in the first of three semi-final heats and recorded a time of 11.05.

Great Britain’s Asha Philip’s campaign also came to an end as she finished last in the second semi-final. 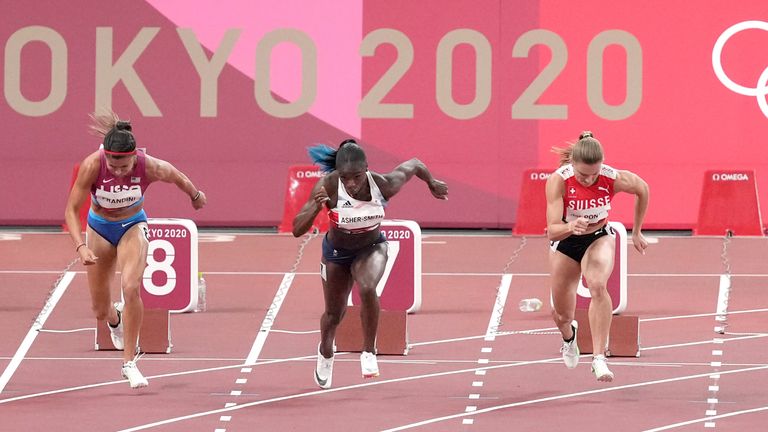 Asher-Smith had clocked 11.07 seconds during her maiden heat on Friday. She appeared to ease down and finished second behind Teahna Daniels of the USA.

Her qualification time was only the 11th fastest of the field but the British athlete was adamant that she was happy and did have “another level” to give in the next stage.

In the early stages of the semi-final, it looked as if Asher-Smith was right. She made an explosive start out of the blocks and was pressing towards Thompson-Herah around 60m.

Yet, in the final stages she struggled to find another gear; Del Ponte reeled her in and Asher-Smith’s time of 11.05 left her facing an anxious wait.

Following the second semi-final heat, the British sprinter remained in the second fastest loser space, before her Team GB colleague – Neita – ran 11 seconds flat in the last semi-final and pipped her to the post.

The 25-year-old and her coach John Blackie will now focus their attentions on the 200m – the event in which she is the reigning world champion. The heats and semi-final are on Monday and the final will be run on Tuesday.

Do Carabao Cup games have extra time or penalties after 90 minutes when they end in a draw? – The Sun

Forget Alexis Sanchez, Elias Figueroa was arguably Chile’s greatest ever player, and he snubbed Real Madrid in his prime – The Sun