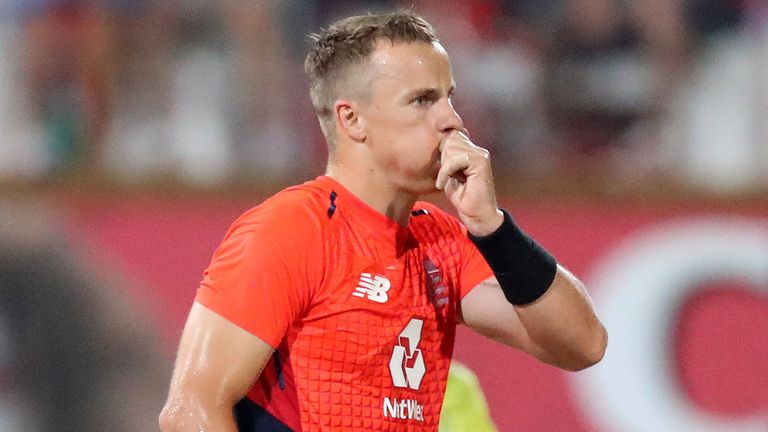 Chris Jordan praised his death-bowling partner Tom Curran after he held his nerve as England secured a last-ball, two-run win over South Africa in Durban to take the three-match T20I series into a decider on Sunday.

With England defending a target of 205, Quinton de Kock (65) struck a blistering 17-ball fifty – a South African T20I record – to get the home side’s chase off to a flying start.

England managed to gradually peg things back, Jordan (2-31) bowling superbly and finding himself on a hat-trick for the second game running as he bowled JJ Smuts and Andile Phehlukwayo with devastating yorkers in the 17th over.

But, back came South Africa, Rassie van der Dussen (43no off 26) and Dwaine Pretorius (25 off 13) taking the game down to the last over before Curran won the game for England with wickets off both of his final two balls.

“I’m lost for words, really,” Jordan told Sky Sports after the thrilling finish. “It was up and down, but we got away with it.

“We didn’t bowl too badly upfront, it was just down to good batting, and then we did really well to hold our nerve at the end. 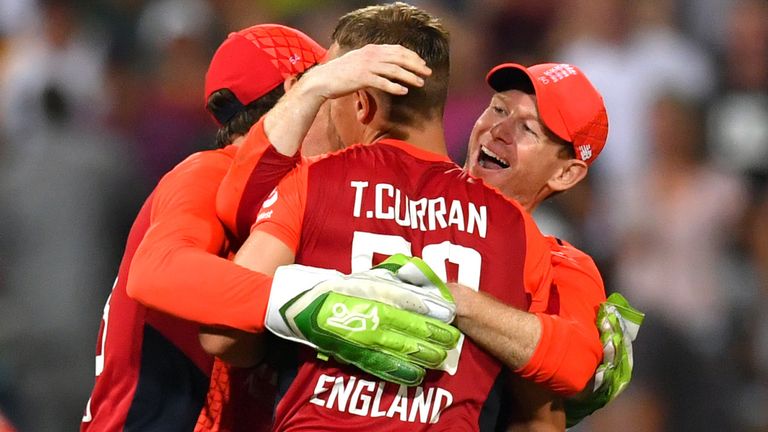 “I’m really pleased for Tom Curran. It’s very easy to get your head down after going for two boundaries – he did really well to hold his nerve and get us over the line.”

"Tom did really well to hold his nerve and get us over the line."

The second and third balls of Curran’s final over reached the boundary, with Pretorius first clearing the fence off a slower ball and then drilling an attempted yorker through the covers for four.

Having initially been given 15 runs to defend from the final over – a total Jordan said he backed Curran to protect – the equation was reduced to five needed from three and then three from two.

But, Curran then executed a superb straight yorker to dismiss Pretorius lbw off the penultimate delivery and backed himself to bowl another slower ball with the last ball, despite the six struck off his earlier one. The move paid off as Bjorn Fortuin was caught by Adil Rashid at short fine-leg when looking to ramp. “TC is a very, very good death bowler – he has skills that no-one else has,” Jordan added. “When he gets an instinct for something, you just let him run with it.

“He might call me and ask me what I reckon, but for that whole over he went with his instinct – especially on that last ball.

“Everyone was leaning towards the straight yorker as he was starting to bowl it really well, but he suggested the slower ball. And it’s a good thing he did.

“Yes, [I backed him] 100 per cent. TC has been bowling really well, especially in training – he has just come from the Big Bash. 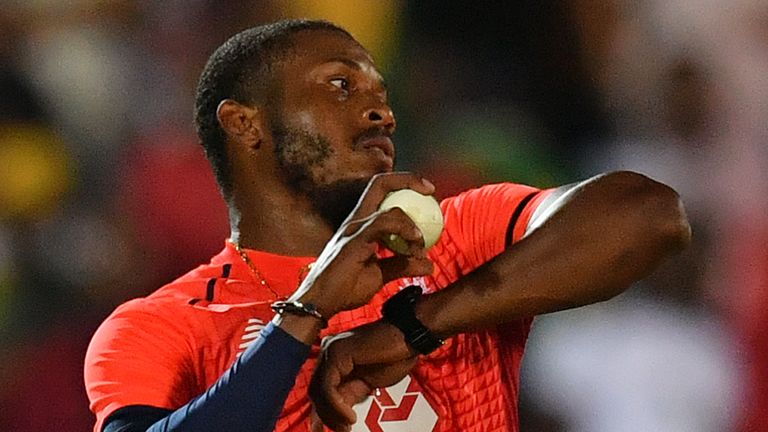 “He has an array of skills, and he has a big heart, which is a big thing as it does take guts to bowl in those situations and remain nice and calm.

“I would have backed him if I’d have given him eight, but I’m glad I was able to give him 15.”

England Test batsman Ollie Pope – in the Sky Sports studio for the second T20I – said his Surrey county team-mate Curran is made for the big match-winning moments. “TC is the exact man you want in that situation,” added Pope. “We all know he can nail a yorker and he has a great back-of-the-hander.