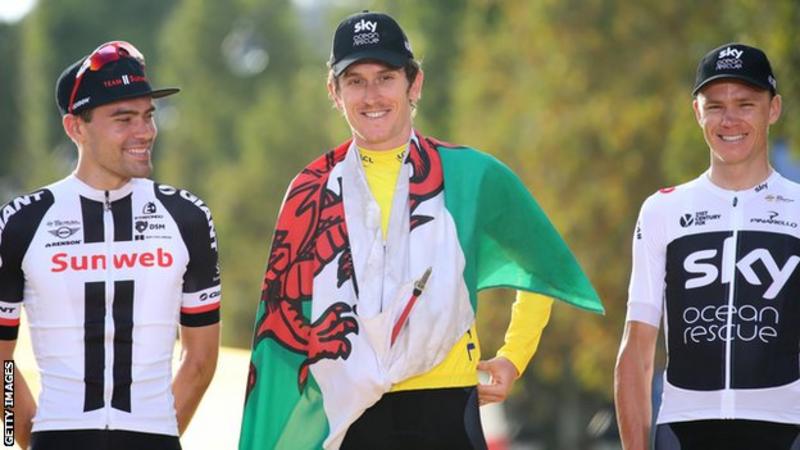 The Tour de France starts in Brussels on Saturday, 6 July, and concludes with its traditional finish on the Champs-Elysees in Paris on 28 July.

It will take in 21 stages across the 3,480km (2,162 miles) route with a mix of flat sprinter-friendly days, time trials and climbs up some of the highest mountain passes in Europe

Here, BBC Sport takes a look at everything you need to know about La Grande Boucle.

This is the 106th edition of the three-week race and the second time the Grand Depart has been staged in Brussels, which welcomes Le Tour for the 11th time.

The Belgian capital was chosen to host the start for the first time since 1958 to celebrate the 50th anniversary of five-time joint-record champion Eddy Merckx’s first title.

Belgian rider Merckx, now 74, won six stages on his way to the 1969 title and holds the record for the most Tour de France stage wins with 34.

While the race is one of three Grand Tours, alongside the Giro d’Italia and the Vuelta a Espana, the scale of this race makes it unique.

Around 4,500 people work on the Tour, while 10-12 million fans are expected to line the route watching 176 riders from 22 teams, compete for the coveted yellow jersey, worn by the daily leader and overall winner of the general classification (GC).

This year’s race also marks the 100th anniversary since the introduction of the yellow jersey, which originates from the Tour’s creator, the newspaper L’Auto.

Printed on distinctive yellow paper, L’Auto is the ancestor of the current French daily paper L’Equipe.

Jacques Anquetil, Bernard Hinault and Miguel Indurain are all five-time champions alongside Merckx.

Britain has had something of a stranglehold on the race since Sir Bradley Wiggins became the first British winner in 2012.

Which British riders are racing?

Froome and Mark Cavendish, who is second behind Merckx with 30 stage wins, are notable omissions from the start list but Team Ineos rider Geraint Thomas is back to defend the title he won as a Sky rider last year, while the Yates twins, Adam and Simon, are also racing.

Thomas has had a far from ideal time gearing up for the Tour. He crashed out of last month’s Tour de Suisse – his final preparation race – and was forced to abandon the Tirreno-Adriatico in March with stomach problems.

The Welshman proved his strength in the mountains with two stage wins in two days in the Alps, becoming the first Briton to win on the iconic Alpe d’Huez, which bodes well for a race that is again likely to favour the climbers. 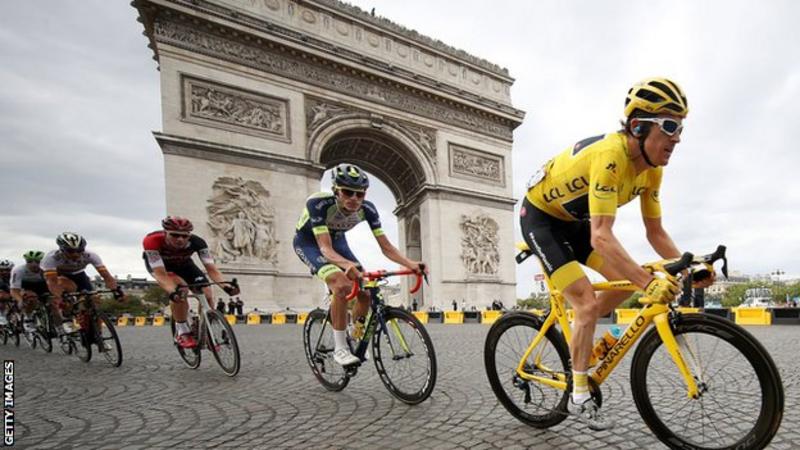 While Adam Yates pulled out of the Criterium du Dauphine in June with illness on the final stage, the Bury-born rider has looked back to his best during 2019.

Winner of the mountains classification at the Tour of the Basque Country, the 26-year-old finished also second at the Volta a Catalunya and the Tirreno-Adriatico.

With brother Simon acting as a climbing ‘domestique’, his Mitchelton-Scott team are eyeing a podium finish for Yates, who finished fourth in the 2016 Tour de France en route to winning the young rider classification.

Froome’s hopes of winning a record-equalling fifth Tour title were ended in a high-speed crash before stage four of the Criterium du Dauphine in June, in which he suffered a fractured right femur, a fractured elbow and fractured ribs.

The 34-year-old’s catalogue of injuries have ruled him out of cycling for at least six months.

Meanwhile, Cavendish says he is “heartbroken” to miss the race for the first time for 12 years after being left out by Team Dimension Data.

Britain’s 2011 world road race champion, 34, has struggled with illness since April 2017 but said he was in “the perfect place” to race.

Two-time stage winner and breakaway specialist Steve Cummings, 38, is the only Briton in Dimension Data’s eight-man squad, while Luke Rowe, 29, joins his compatriot Thomas in the Ineos team.

Alex Dowsett, who last month won a record-equalling sixth national time trial title, is the only other British rider in the race, with the former Team Sky and Movistar man competing for Swiss team Katusha-Alpecin.

Who are the main contenders? 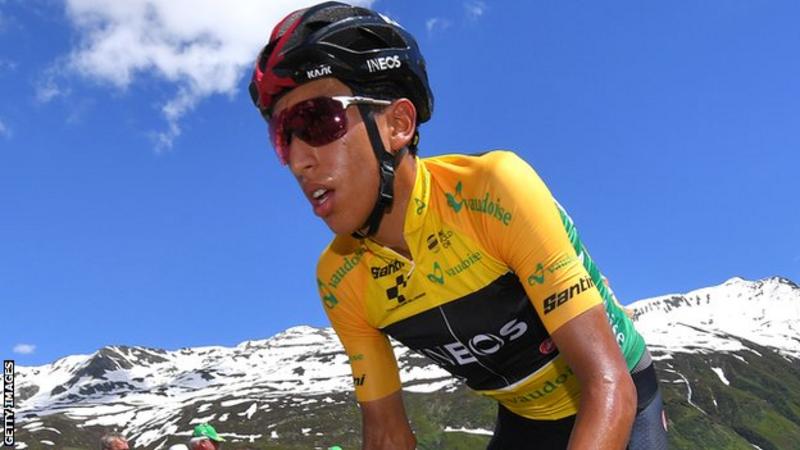 Egan Bernal: Team Ineos may have lost Froome, but they underlined their strength by naming Bernal as their joint leader alongside Thomas.

The 22-year-old Colombian, who could become the third-youngest Tour winner in history, may lack experience but he arrives at his second Tour in great form.

Victories at the Paris-Nice and the Tour de Suisse make him a credible GC contender.

Deficiencies in his time-trialling are likely to be aided by there being just two stages against the clock but Movistar also have Mikel Landa vying to lead the team.

Jakob Fuglsang: Former mountain biker, Fuglsang, 34, heads into his ninth Tour in the best season of his career, after winning the Liege-Bastogne-Liege and the Criterium du Dauphine.

The Danish rider will be buoyed by the absence of Sunweb’s Tom Dumoulin and Froome, who finished second and third in 2018.

However, only Firmin Lambot, Henri Pelissier and Cadel Evans have won the race after reaching their 34th birthdays.

Thibaut Pinot: If France is to end its 34-year drought for a champion, Groupama-FDJ rider Pinot perhaps represents the nation’s best hope.

Fifth at the Dauphine, the 29-year-old already has wins on the board at the Tour du Haut Var and the Tour de l’Ain in 2019.

He will be hoping to improve on his third place in 2014 after failing to finish twice and missing one of the four subsequent races.

Julian Alaphilippe: The 27-year-old says he will be a marked man this time around after winning the King of the Mountains classification at last year’s Tour as well as two individual stages.

Currently the top-ranked male road rider in the world, it is hard to discount the Frenchman, who has shown he can sprint and climb during a superb 2019 season, winning the one-day classic Strade Bianche and then his first Monument, the Milan-Sanremo.

Like French riders Richard Virenque and Laurent Jalabert before him, he has the capacity to target a Bastille Day win and light up the race but he may struggle on the toughest mountain days where he will lose too much time.

The peloton will travel through Belgium and France with Binche, Saint-Die-des-Vosges, and Pont du Gard hosting the Tour for the first time at start of stages three, five and 17.

As in 2018, there are two time trials during the race – the first of which is a team time trial around Brussels on stage two, with an individual one around Pau in south-west France on stage 13.

However, the real drama is expected to arrive on the seven mountain stages with five summit finishes at Tourmalet and Foix Prat d’Albis in the Pyrenees, and La Planche des Belles Filles, Tignes and Val Thorens in the Alps.

First ascended in 1910, the legendary Tourmalet has been visited 82 times by the race, more than any other pass, and it helped lay the foundation for Froome and Thomas to win the race in 2016 and 2018.

With the summit in the thinning air some 2,115m above sea level, the riders will tackle a 19km final climb at a punishing 7.4% average gradient to the reach the top of the Pyrenean mountain.

For the first time in Tour history, there will be three summit finishes at an altitude of more than 2,000m. 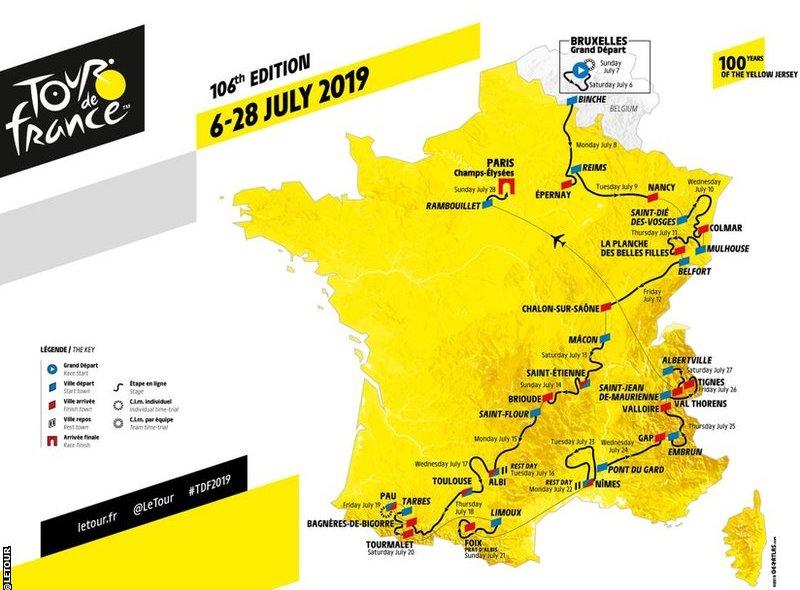 Is there a women’s race?

The women will complete five laps of a circuit used in the 27km time trial in stage 13 of the men’s race to finish the 120km course in Pau. 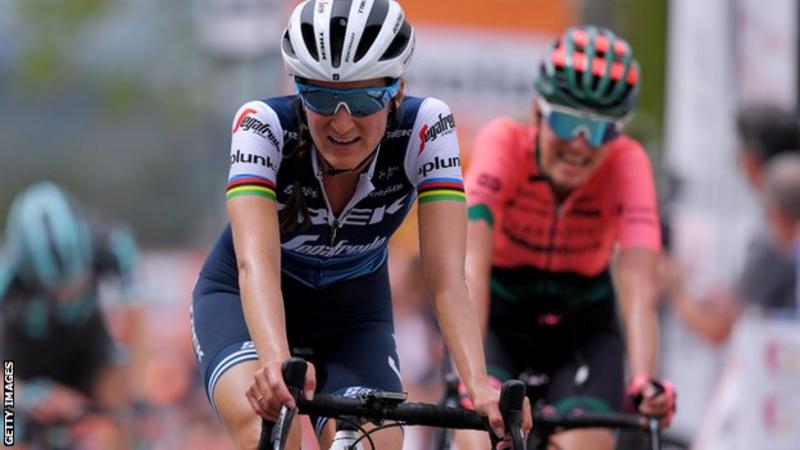 While Women’s WorldTour leader Annemiek van Vleuten won a dramatic duel against her Dutch compatriot Anna van der Breggen in 2018, the 2019 edition is likely to be decided on the Cote d’Esquillot.

Five ascents up the 307m climb with gradients of up to 7% are likely to favour the powerful all-rounders, meaning three-time world road race champion and 2019 Tour de Yorkshire winner Marianne Vos will fancy her chances of a podium finish.

Fall without football: How America would look without its favorite sport