Barcelona midfielder Philippe Coutinho, who is on loan at Bayern Munich, was told by Liverpool that they were not interested in re-signing him when the 27-year-old Brazil international discussed a potential return. (Mirror)

Arsenal have pulled out of contract talks with striker Pierre-Emerick Aubameyang. The 30-year-old Gabon international is linked with a move away from Emirates Stadium, with Manchester United, Inter Milan, Barcelona, Real Madrid and Chelsea all interested in signing him. (Mirror)

Manchester United’s Spanish goalkeeper David de Gea says he wants to stay at Old Trafford for “many years” but the 29-year-old faces competition for his position from England’s Dean Henderson, 23, who has impressed on loan at Sheffield United. (Mail)

Paris St-Germain and Belgium defender Thomas Meunier has been “won over” by Tottenham boss Jose Mourinho regarding a summer move, but the 28-year-old still hopes he could get a new deal at the Parc des Princes. (L’Equipe, via Teamtalk)

Will this be the window of free transfers? 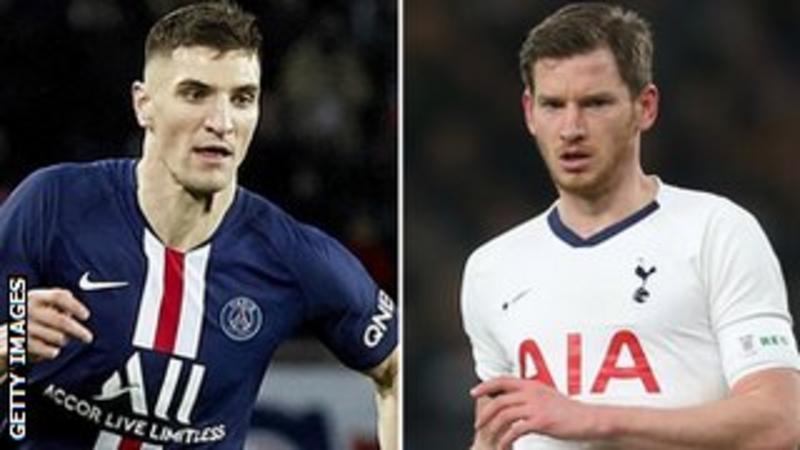 Chelsea manager Frank Lampard has spoken to Napoli striker Dries Mertens and hopes to secure the 32-year-old Belgian on a free transfer. (Mail)

Netherlands full-back Jetro Willems, 26, has suggested he wants to move to Newcastle on a permanent basis after spending the start of the season on loan from Eintracht Frankfurt before getting injured. (Goal)

Chelsea have suffered a set-back in their chase of Ajax goalkeeper Andre Onana because the 24-year-old Cameroon international looks set to return to Barcelona. (Express)

Crawford vs Brook live, latest updates and how to watch online