TRENT ALEXANDER-ARNOLD failed to get over his New Year's hangover in Liverpool's 1-0 defeat with Southampton on Monday night.

The right-back was hooked off on 77 minutes after giving the ball away a staggering 38 TIMES during the course of the match. 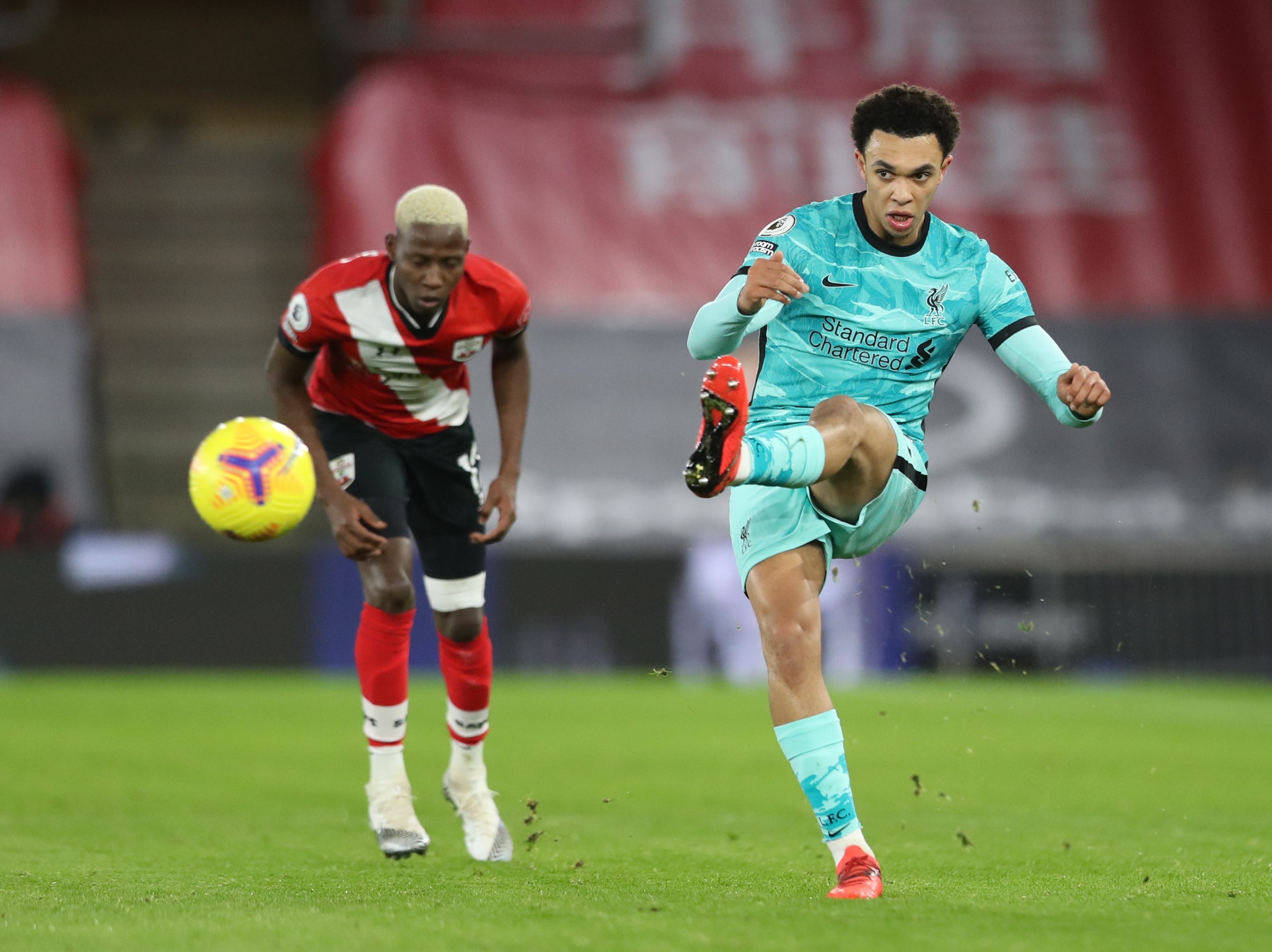 It was the most by any player this season and the England right-back also has the unwanted record of the most possession giveaways in Premier League history – 49 against Leicester last season.

Alexander-Arnold is struggling to replicate the same form he showed in last season's title winning campaign.

The 22-year-old managed 13 assists on the way to the Premier League trophy, but has registered just two this time around.

It will prove a major concern to boss Jurgen Klopp who watched his side flop against the Saints.

Former striker Danny Ings came back to haunt the Reds with his opener in just the second minute.

Club legend Jamie Carragher was critical of Alexander-Arnold in his defending of the goal and said on Sky Sports: "Trent finds himself in a two v one even though Liverpool have the numerical advantage.

"It's something they (Southampton) have worked on. The way (he loses his man) sums up Trent's half."

Liverpool then had to wait until the 75th minute to register their first shot on target through Sadio Mane.

Percentage of possession lost – 52.7 per cent

Percentage of possession lost – 49.2 per cent

Percentage of possession lost – 46.4 per cent

Percentage of possession lost – 45.6 per cent

Percentage of possession lost – 44.6 per cent

*stats courtesy of Opta – outfield players with at least 50 touches

It was their longest wait for an attempt on target since December 2015.

Klopp's side still occupy top spot but are on level points with Manchester United having played a game more.

The Reds host Ole Gunnar Solskjaer's side in their next league outing.