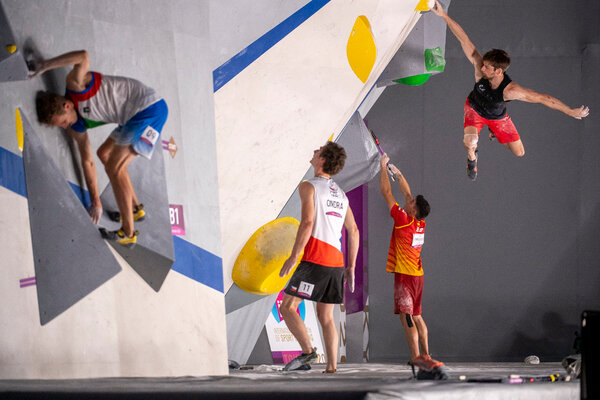 Here are highlights of U.S. broadcast coverage on Wednesday morning. All times are Eastern.

DIVING The qualifying round in women’s 10-meter platform diving airs live at 2:30 a.m. on USA.

VOLLEYBALL In the women’s quarterfinals, Serbia plays Italy at 4 a.m. and Brazil takes on Russia at 8:30 a.m. Both matches will be carried live on the NBC Sports Network (NBCSN).

TRACK AND FIELD The finals in the men’s 200 meters, in which Noah Lyles of the United States is the favorite, and the men’s 800 meters headline another exciting session on the track at Olympic Stadium. Live coverage begins at 6 a.m. on NBC’s Peacock streaming service.

BASKETBALL Spain plays France in a women’s quarterfinal game, with the loser eliminated from medal contention. The game airs live at 8 a.m. on USA.

SPORT CLIMBING The women’s combined competition begins with qualifying rounds in speed and other disciplines. Coverage is at 10 a.m. on USA.