UFC bantamweight Jessica-Rose Clark apologised to Sarah Alpar after leaving her a bloodied mess – just three weeks before her wedding.

Clark won in the third round of their fight – but in controversial style. 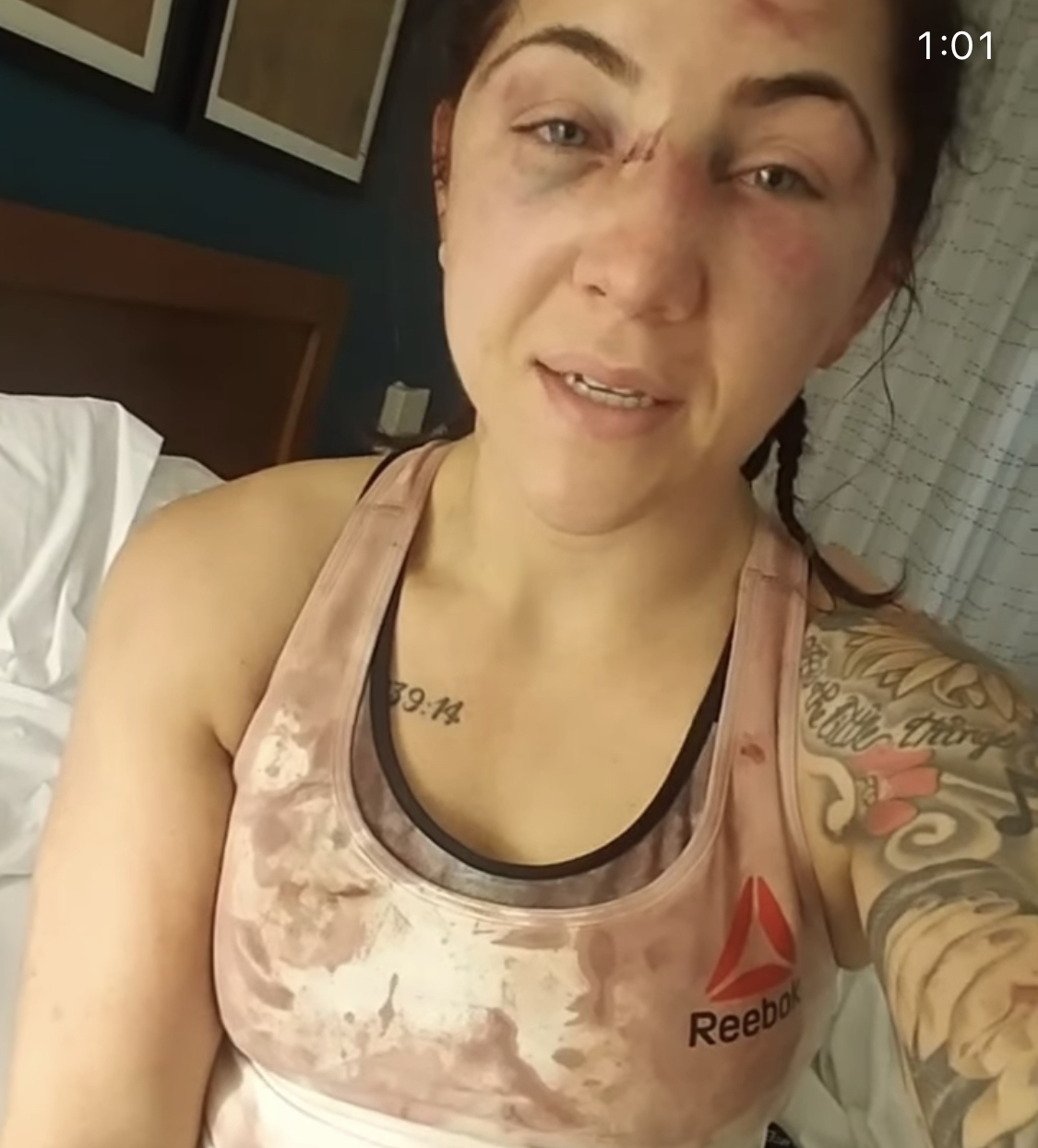 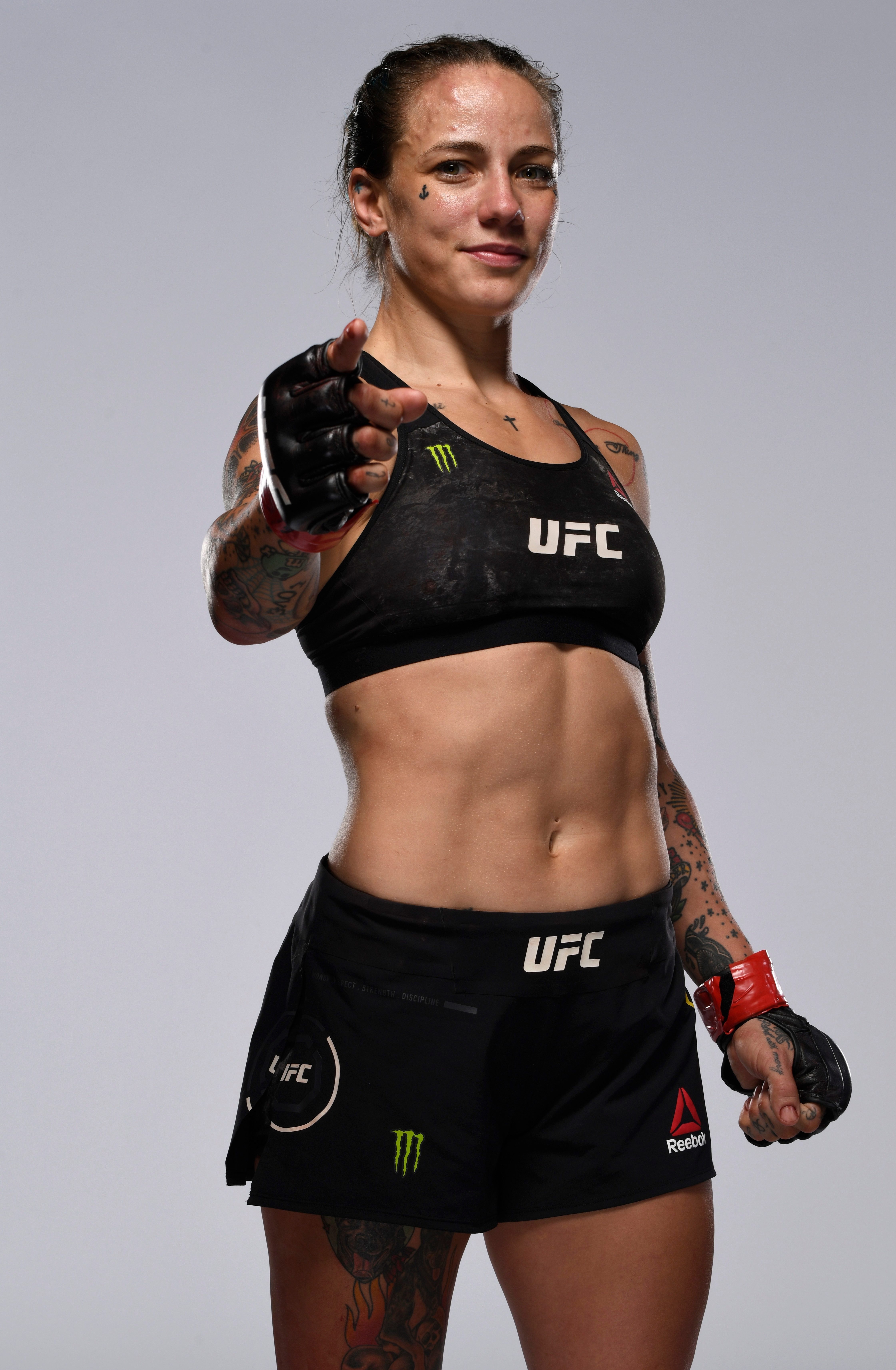 Alpar was being dominated and hurt following a knee which referee Chris Tognoni thought was illegal.

But after replays revealed it was a legal shot, the fight was resumed, despite calls for Alpar to be saved from more damage.

As the fight continued, Clark poured on yet more pressure before the ref stopped the action with 40 seconds remaining.

With Alpar left to take more strikes, even Clark admitted she felt sorry for her opponent.

She said after the win: "I could see [the damage] on her face.

"I apologised to her team after the fight because it shouldn't have kept going.

"There was one point where I was trying to submit her because I was like, 'F***, I don't want to keep hurting her. 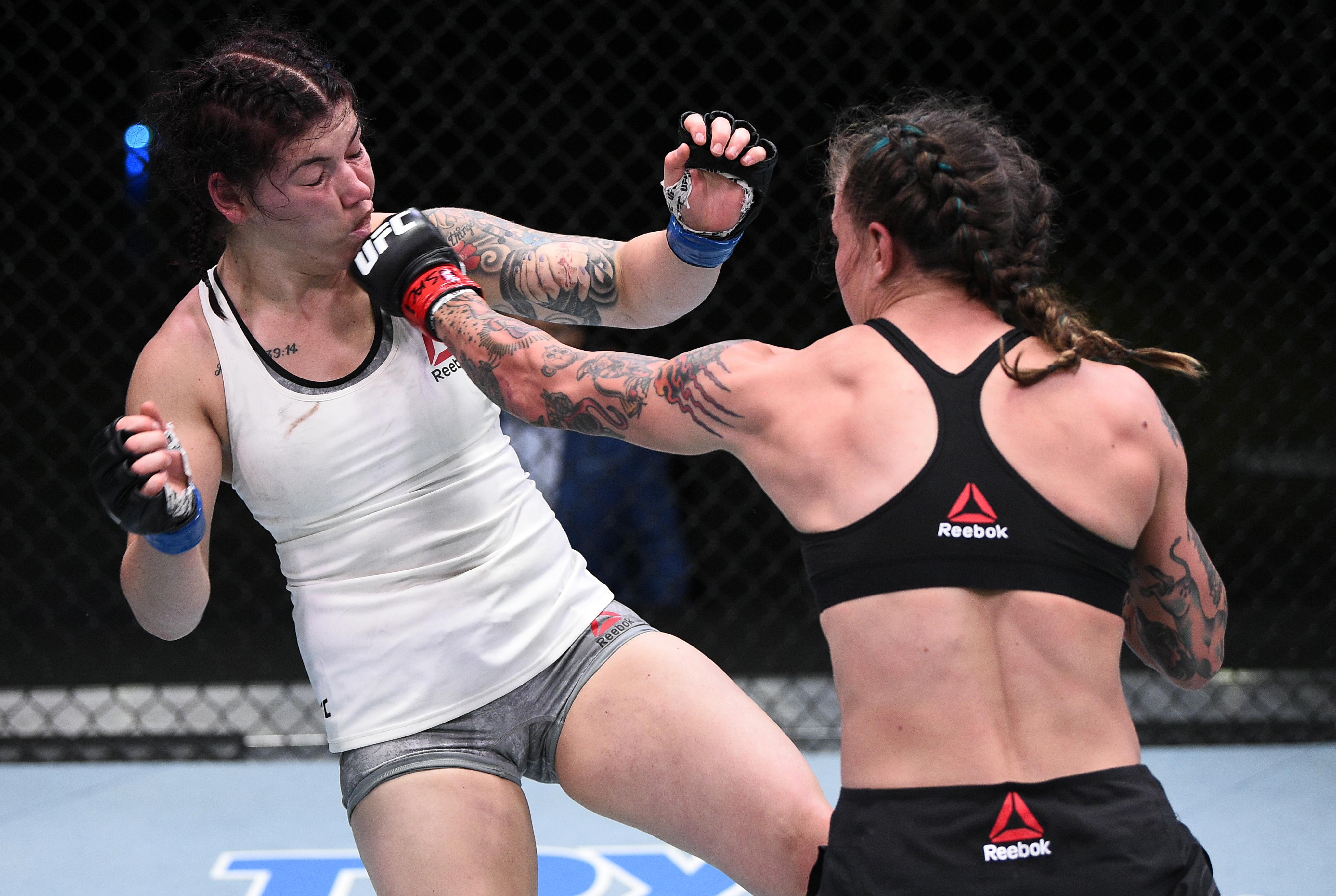 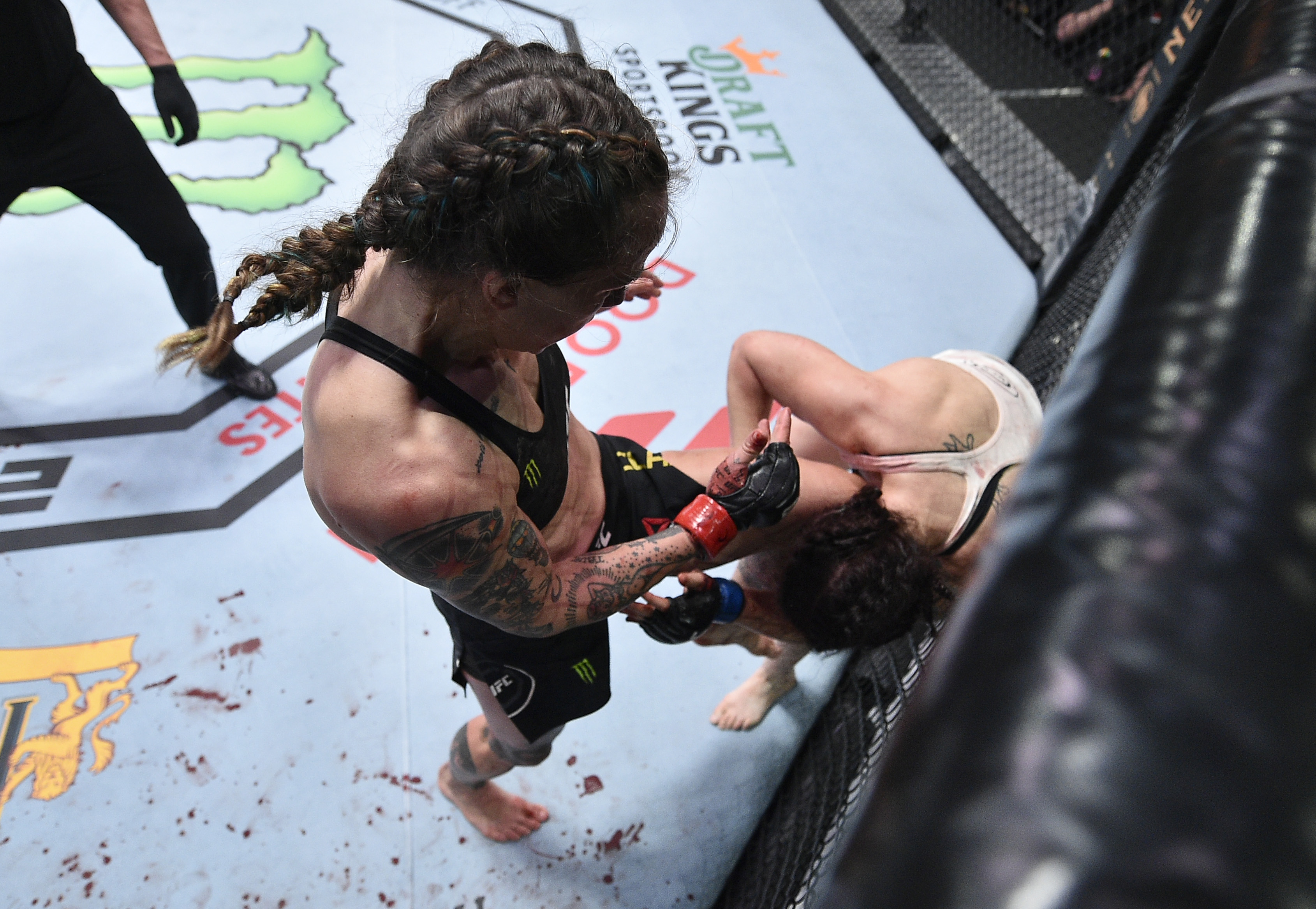 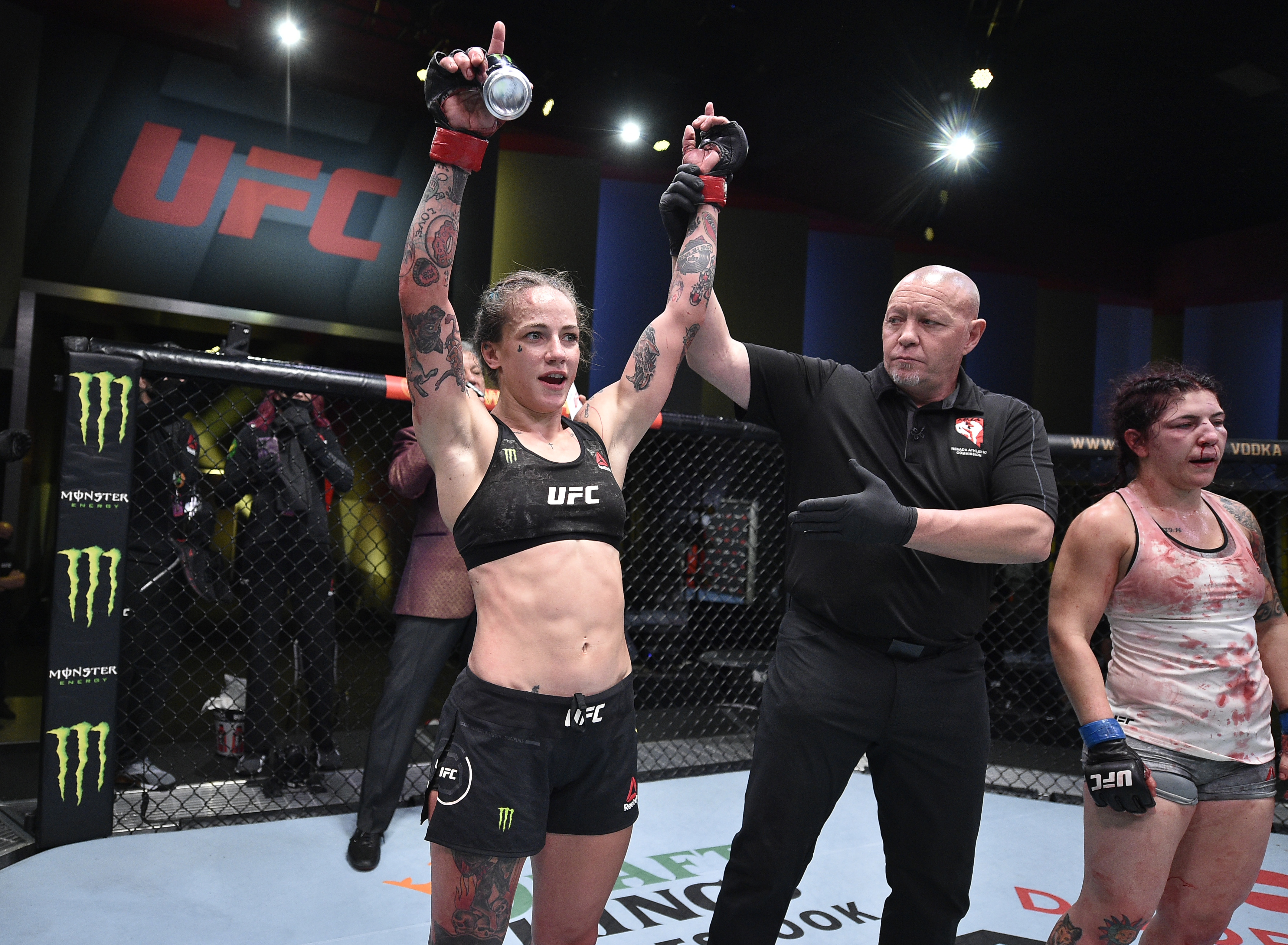 "I was going for the head and arm choke but she wasn't giving it up. She didn't give up an inch, not for one second.

"I wanted to submit her because I didn't want to keep hurting her as bad as I was.

"She didn't want that to happen so, f*** it, I'm going to keep throwing elbows."

After being told Alpar was getting married in three weeks, Clark responded: "F*** dude, why did you just say that!"