NOBLE MARIA really should have landed a win by now but anything like the form of her second around here last time would be good enough in this modest field. She was two lengths away there after going wide and has four places at the trip. 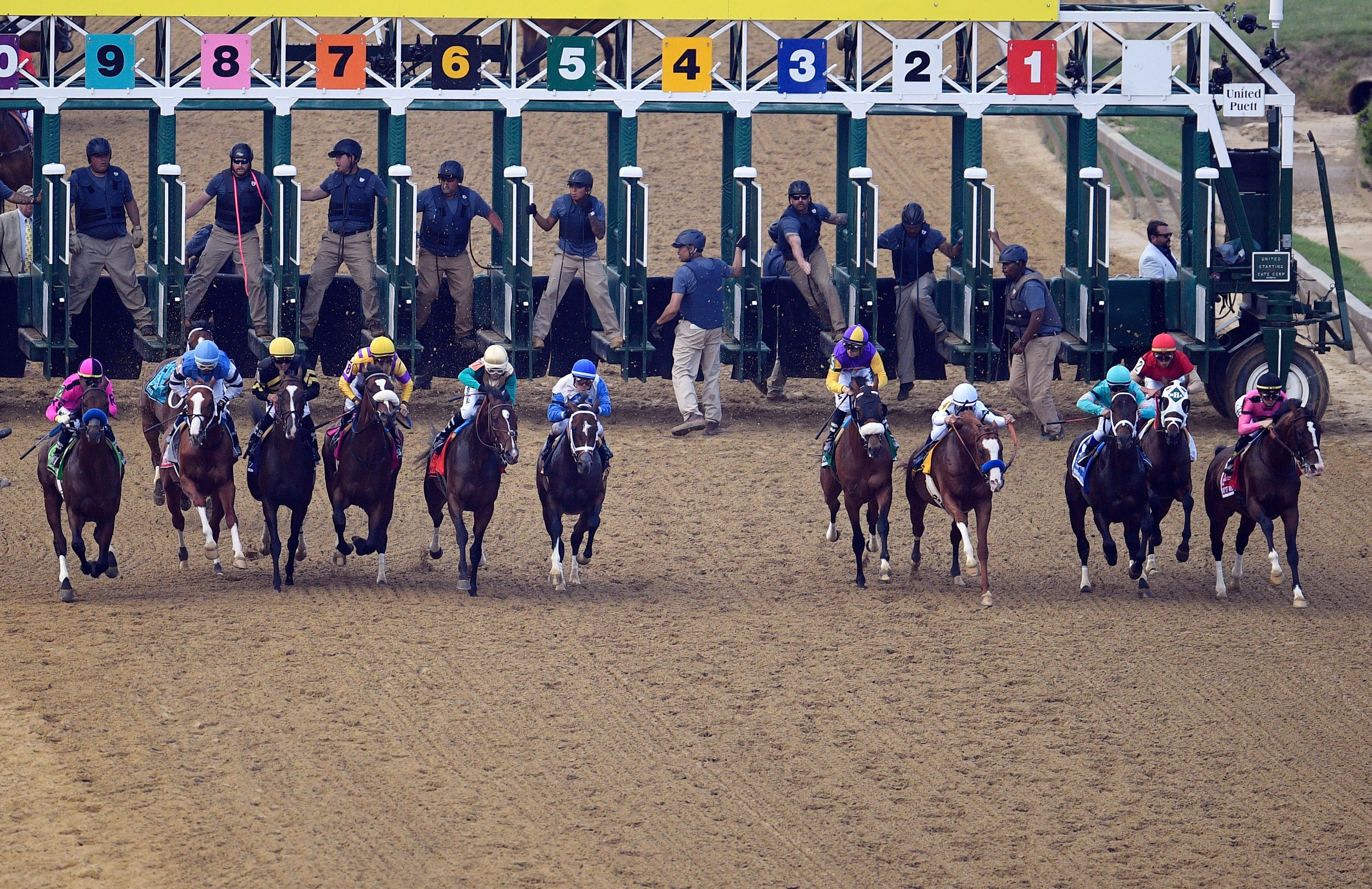 Nanie’s Treasure has bits and pieces of form and worked well the other day. If she can show the same speed on the track she won’t be far away.

Herculina is another who pleased the gallops watchers this week while the booking of Tyler Gaffalione on comeback runner Generic Mark could be telling.

APACHE has made a decent enough start and the booking of Luis Saez catches the eye. He is sure to make the best use of the inside draw and improve on last time’s fourth placed effort.

SUGAR BOLT has a good record in this level of claimer and was good enough to win at stronger contest than this over course and distance two runs ago. He had a poor draw and didn’t get going last time, which explains his modest effort. This trip is ideal and he has been sharpened by trackwork ahead of this comeback.

Princess Carrigan was a good second in a similar race latest and has a solid record on turf. She’ll be right there again, while Tipsy Again has had just three career runs, all on the dirt with two impressive wins since switching to Tampa. She is well up to winning this if taking to the grass.

MORE THAN USUAL can strike despite being a little unlucky with the stall 11 draw. He found five furlongs much too short here last time and will be happy going back over a mile.

UNION LANE lost her maiden tag with a gutsy success over course and distance last time. Stepping up to this mile for the first time brought lots of improvement and she can make the most of a good draw and low weight thanks to her rider’s claim.

Kaufy Futures clocked a good time when third at this level last month. She has just one win from 17 outings but is a regular in the places and won’t be far away.

La Tres Jolie has been in fair nick on the grass track here but is happier on the dirt track. She was a close third on her most recent run in today’s grade and should be in the mix again.

CAROLYN’S SMILE clocked a big personal best when beaten a neck here last time out and it’s telling that Tyler Gaffalione stays on board. She battled right to the line and a repeat would be good enough.

RU Royalty didn’t get home over a mile on turf here latest and will be much happier back on this surface, while Raspberry Ballet has been knockong on the door and can figure too.

APACHE BRAVE ran an absolute belter when beaten into second over course and distance last time out. He was in front for much of the race and was just collared in the second half of the home straight before keeping on again. That was his first run of the year so he should improve for fitness and be a real player again.

Shared Legacy won a shade cosily in a lesser race over course and distance last month. He was drawn nine so that was no mean feat. His trainer has been firing in the winners which can’t hurt his chances.

Good Bye Greg is a consistent performer with 13 wins and seven places from his 23 career runs. He makes his Gulfstream debut after a break but had plenty of hot form at Arlington Park where he didn’t finish out of the first two in seven outings. He may need this comeback but has been working well on the track so must be feared.

FORTUNE COOKIE let his fans down when beaten after being well backed here last time. He didn’t get the best of runs and still clocked a fair time. He has a 50% win rate over this distance which boosts confidence.

Yodel EA Who is coming down in grade and is another who didn’t have time to get going in a sprint last time. Noon Time Gem was poor last time but is capable of better.

WHERE PARADISE LAY got off the mark at Gulfstream with a last-gasp success last time out. That was in a similar contest and top pilot Tyler Gaffalione takes over in the saddle for this repeat bid.

Frosted Grace was beaten in a photo over course and distance latest having been in front up the straight. That was run in a good time and he’s got solid claims. Whyruawesome has been running well in this class and should be thereabouts again.

SOUTH SEA has moved to trainer Saffie Joseph who has a fantastic record with his newcomers. His form is solid two with good seconds at Parx and on his Gulfstream debut last time out. He has two wins over this distance.

Who’s In Charge scored by three lengths at Aqueduct and is a threat despite his layoff, while Atthepearlygates goes up in grade but won by nine lengths so is respected.

Tyson Fury's life 'fell to pieces' and 'crumbled' without boxing, reveals dad John as he opens up on retirement U-turn | The Sun