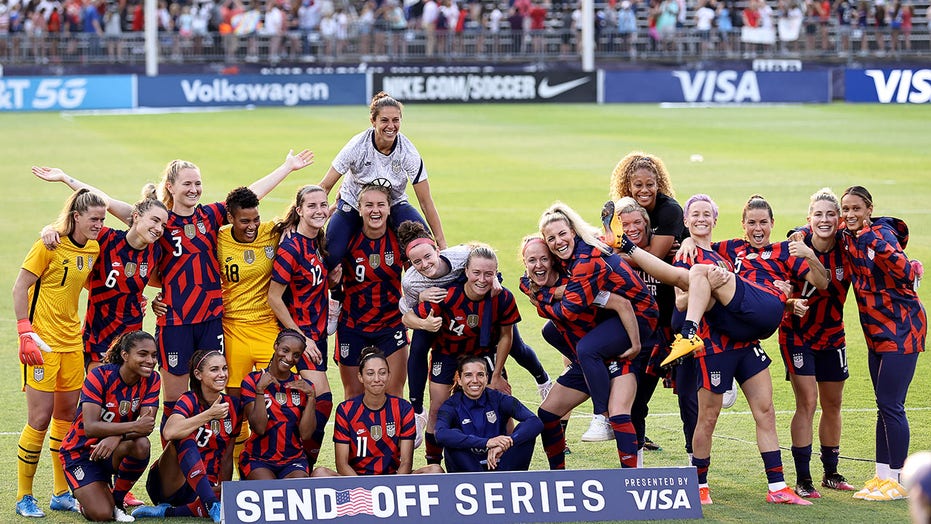 And while anger and outrage grew, U.S. Soccer said it was misplaced.

“To be clear, no one turned their back on WWII Veteran Pete DuPré during tonight’s anthem. Some USWNT players were simply looking at the flag on a pole in one end of the stadium. The players all love Pete, thanked him individually after the game and signed a ball for him,” the organization tweeted.

“This is respect. Each and every player waited for their opportunity to come up to Pete post-game before getting on the bus, said hello, thanked him and signed his ball,” U.S. Soccer added.

The viral video trashing the U.S. team was later deleted. It was later discovered that the flag was toward the players’ right side.

When the anthem was over, every player on the U.S. team clapped for DuPré.