It’s gotta be the shoes.

Ethiopian runner Derara Hurisa thought he had come away with a victory at the Vienna Marathon on Sunday but was disqualified from the race after a discrepancy over his footwear. 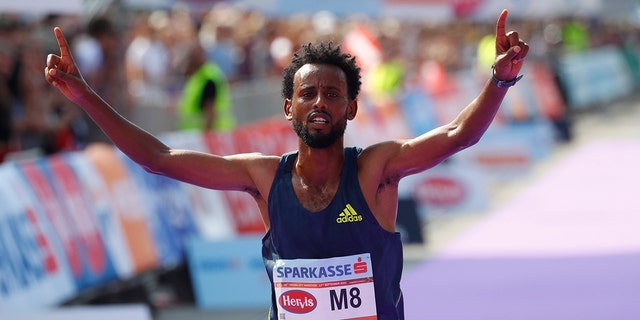 Ethiopia’s Derara Hurisa celebrates after thinking he had won the race.
(REUTERS/Leonhard Foeger)

Kenya’s Leonard Langat, who finished in second place, was declared the winner. He said he had “no clue” about Hurisa’s disqualification until race officials told him.

Inside Marcelo Bielsa’s modest life in Leeds, haggling for a ‘granny flat’ and taking team meetings at Costa Coffee – The Sun