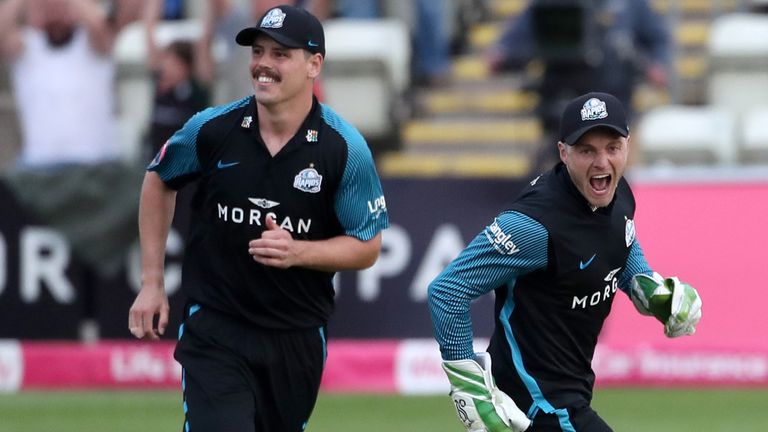 Nottinghamshire and Worcestershire played out a thrilling tie in as the Vitality Blas returned, while Liam Livingstone smashed 94 not from just 58 balls for Lancashire…

2020 champions Nottinghamshire Outlaws could only earn a tie against 2018 winners Worcestershire Rapids after collapsing from a position of dominance in a thriller in front of the Sky Sports Camera at New Road.

Joe Clarke (45 off 21 balls) and Alex Hales (31 off 18) pummelled an opening stand of 76 inside six overs as Outlaws made a superb start to their chase of 153 – Clarke hitting four sixes and two fours and Hales smashing three sixes and two fours.

However, Clarke, Hales and Ben Duckett (6) then fell in quick succession and Worcestershire kept things tight in the middle overs through spinners Moeen Ali, Ish Sodhi and Bret D’Oliveira – Ali dismissing Tom Moores (12) thanks to a superb diving catch from Ross Whiteley at deep midwicket and Samit Patel (12) run out.

Nottinghamshire were still red-hot favourites at 140-5 with four overs to go but three quiet overs then left them needing five from Josh Tongue’s last – and they scored just four with Peter Trego only able to hack away a single from the last before he was run out looking for a match-winning second run as Notts finished on 152-8.

Tongue had run out Luke Fletcher with his boot earlier in a final over in which he conceded just three singles and a leg bye.

Worcestershire celebrated wildly at the end of a game which Nottinghamshire pretty much dominated, including when they reduced the Rapids to 26-3 inside four overs, with Moeen (6 off 5) one of the batsmen to fall, bowled by Matt Carter (2-22) 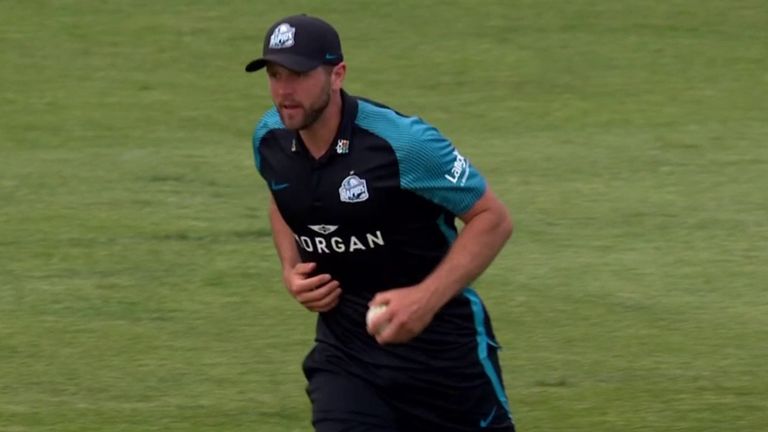 Jake Libby (52no off 43), Whiteley (42 off 35) and Ed Barnard (10 off 3) lifted Worcestershire up to 152-6, a total Nottinghamshire – who beat Surrey in last year’s final – could only equal after faltering with the bat following an explosive start. 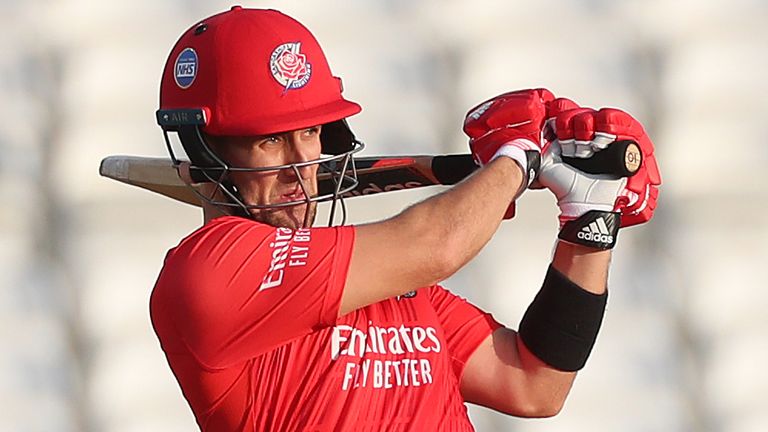 Livingstone’s superb knock saw Lancashire Lightning to their target of 169 against Derbyshire Falcons as they won the opening game of the 2021 Vitality Blast by six wickets at Emirates Old Trafford.

Opener Livingstone shared half-century partnerships with New Zealander Finn Allen (29 off 13 balls), England’s Jos Buttler (30 off 28) – who was playing his first game since hitting an IPL hundred on May 2 – and captain Dane Vilas (15 off 15) as the hosts reached their target with three balls to spare in front of around 4,000 fans.

Derbyshire had earlier posted 168-7, in which former Lancashire man Luis Reece (59 off 32) top-scored and Wayne Madsen retired not out with a suspected hamstring injury after he was hit by the ball as he dived to make his ground. 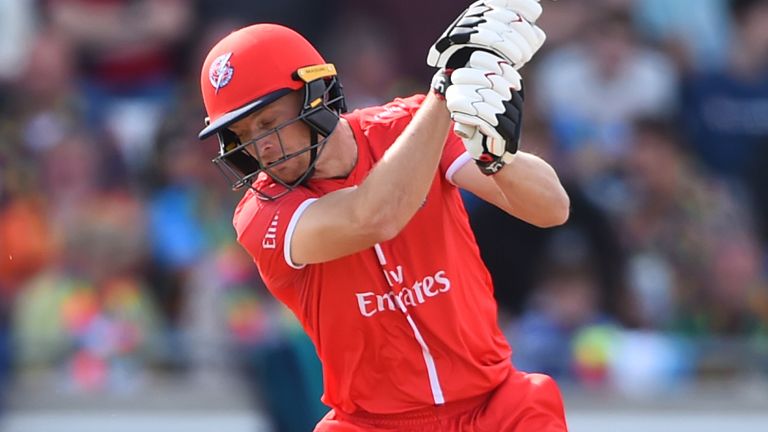 Home leg-spinner Matt Parkinson snared 3-28 from his four overs, while Livingstone also impressed with the ball, bowling Falcons captain Billy Godleman for a duck in the first over en route to economical figures of 1-22 from four overs

With the bat, Livingstone struck 10 fours and two sixes and reached his half-century from 36 deliveries, while Buttler hit three fours before he was caught on the reverse sweep at third man off the bowling of Reece (2-26).

Fynn Hudson-Prentice (2-9) also struck twice in the sole over he bowled, dismissing Allen and Alex Davies (0) in the fifth over of the chase to reduce Lancashire from 53-0 to 53-2, only for Livingstone, Buttler and Vilas to reignite the innings.

A full Vitality Blast round-up will appear here at the end of the evening.