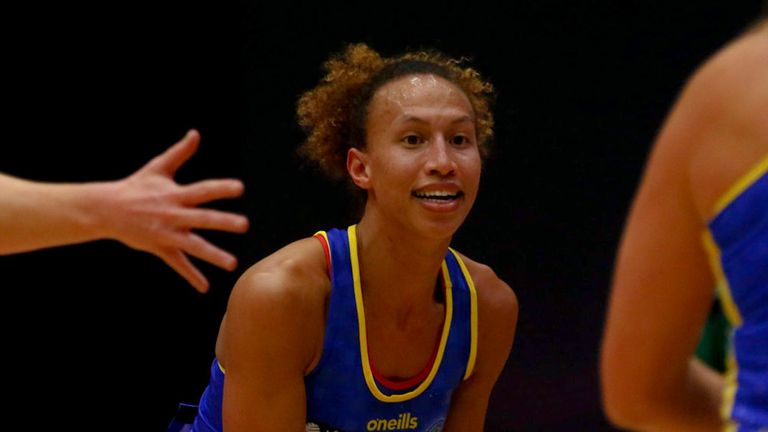 Team Bath maintained their perfect start to the Vitality Superleague season with a win over Loughborough Lightning, while Wasps and Saracens Mavericks marked their entry to the season with dominant victories.

Team Bath Netball started the day by adding a second victory to their tally, 48-44 against old rivals Loughborough Lightning.

After a comfortable 61-29 win over Celtic Dragons on Saturday, Anna Stembridge’s outfit were made to work much harder for this result. They were held to 25-goals apiece at the interval and were pushed from start to finish.

However, with their speed through court and another strong defensive display, Bath were able to negate the threat of Lightning’s Mary Cholhok and another young player making a mark on the league, Jaz Odeogberin.

In the opening 12 minutes, neither side generated a great deal of turnover ball and the 14-13 margin to Bath reflected that. Tash Pavelin then pushed the intensity in defence for Stembridge’s team in the second quarter, and as they capitalised on her work, a four-goal cushion arrived.

However, Lightning did not switch off and instead reeled their old rivals back in to level proceedings at the interval.

As was the case between Surrey Storm and London Pulse on Saturday, both head coaches weren’t afraid to make tweaks and changes to their line-ups.

Just before the interval, Sara Bayman introduced Odeogberin and Stembridge called upon Eboni Usoro-Brown and Rachel Shaw during the half-time pause.

Despite Lightning’s Odeogberin making her presence felt for the rest of the game, Bath upped their tempo through court and their cleaner work in attack, led by the outstanding Serena Guthrie, paid dividends.

Stembridge’s outfit used the ‘championship quarter’ to restore their grip on the scoreboard, and after going into the final pause 38-34 ahead, maintained their hold on the contest until the final whistle. 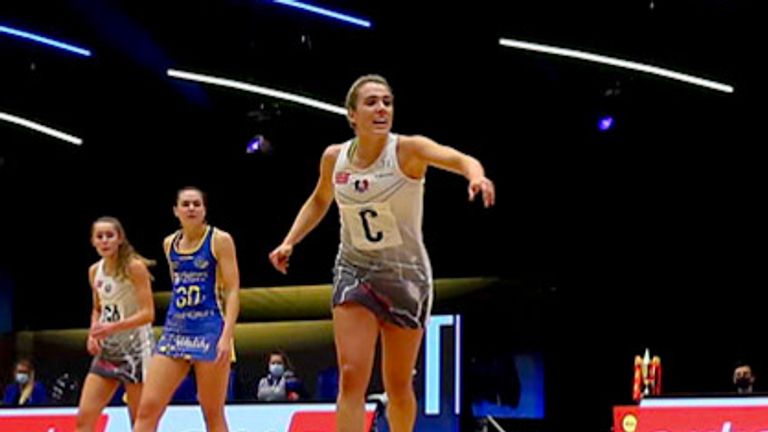 We were expecting it to be a really competitive game and it was good to see us get put under that kind of pressure, stick to the task and come out with the win. The changes we made had such a positive impact again, which was pleasing to see, and we are obviously delighted to finish the weekend with two wins.

Mavericks too strong for Storm

Saracens Mavericks began their Superleague season with an impressive 53-41 victory over a Surrey Storm team that looked jaded after their efforts in winning a thriller against London Pulse on Saturday,

Mavericks will return on Monday to face Leeds Rhinos in a battle that pitches a couple of the weekend’s winners against each other for the right to join Team Bath with a perfect record.

Mavs started fast and never looked back, edging a keenly contested first quarter thanks to the precision shooting of Kadeen Corbin and the impressive Chloe Essam at goal attack.

Storm stayed competitive, with 16-year-old star Sophie Kelly starting and again linking well with Karyn Bailey, but the volume of chances created by Saracens saw them take a three-goal lead into the second quarter.

It was there Mavericks proved decisive, limiting Storm to just nine attempts on goal in a quarter they won 16-7 for a 12-goal half-time lead, Essam’s long-range shooting and the defensive pairing of Razia Quashie and Jo Trip the positives for Kat Ratnapala.

As they showed in victory over Pulse, Storm stayed competitive and won the third quarter, the introduction of Emily Gulvin giving them a cutting edge but with Mavericks finishing strongly, the deficit proved too much for Mikki Austin’s team to overhaul.

Ratnapala took the opportunity in the fourth quarter to ring the changes with Monday’s clash in mind and Mavericks eased out to a classy double-digit victory,

How it started ⏭ How it’s going….. pic.twitter.com/GlYXRjepTb

Two-time champions Wasps underlined their title credentials with victory over Severn Stars that started in a flurry of goals and ended with a 53-34 success.

Mel Mansfield’s team were beaten by Manchester Thunder in the 2019 season Grand Final, maintaining their record of reaching the season showpiece in every year of existence.

They ended the truncated 2020 season with just two wins from their two games, including defeat to Severn Stars before the season was cancelled, but they got their revenge with a blistering display to conclude Sunday’s action at Studio 001.

The evergreen Rachel Dunn teamed up with Lucy Harris in attack to help Wasps into a 7-1 lead after just four minutes and their fast start continued over the opening quarter which ended with them 12 goals to the good.

A spirited Severn Stars, beaten in Saturday night’s evening game, fought their way back into the contest thanks to captain Liana Leota and the shooting prowess of Georgia Rowe but Wasps were proving equally relentless and on the back of a 31-14 half-time lead they eased to their opening victory.

Stars claimed the third quarter as Wasps looked to have one eye on their showdown with Loughborough on Monday but an awesome defensive showing in the final quarter allowed them to complete an impressive start.

Sky Sports is your home of netball. The Vitality Netball Superleague continues on Monday with back-to-back matches from 5pm on Sky Sports Mix. Viewers in the UK and Ireland can also watch on the Sky Sports YouTube channel.

Flower of Scotland lyrics: What are the words to Scotland's national anthem and do they sing it at the Six Nations?