FRANK WARREN has hit back at John Fury saying he's 'sick of the same bulls***' following his latest outburst. 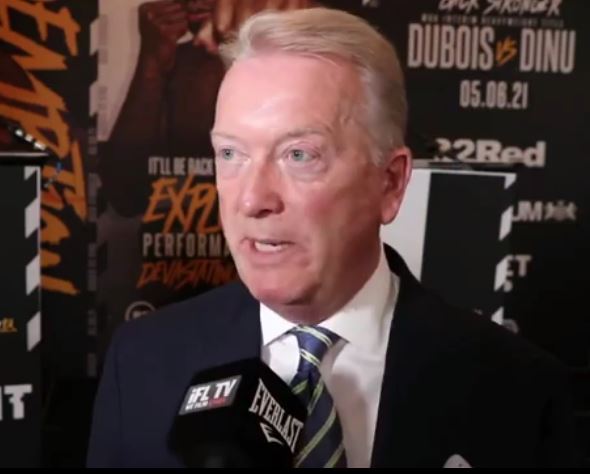 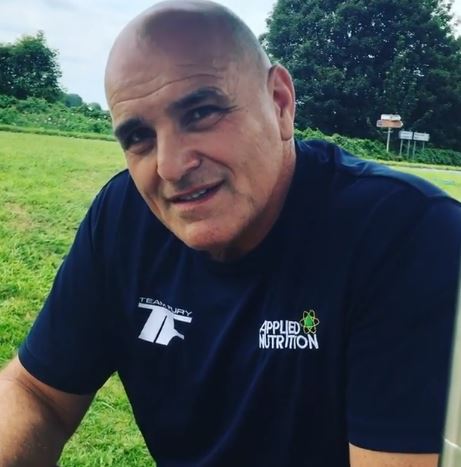 But last month arbitrators ruled the Gypsy King must honour his contract with Wilder and fight the American for a third time.

John quickly blamed the 'leeches' surrounding his son for the fight breaking down, including promoters Warren and Bob Arum.

But Warren has lashed out at Fury Snr for his comments, saying the clash with Joshua, 31, was called off purely to prevent Tyson being sued for 'millions' of pounds for breach of contract.

On the AJ fight collapsing, Warren told iFL TV: "I don't accept any blame at all.

"So don't come dumping anything on my doorstep.

"Everyone's frustrated, but I'm sick to death of talking about the same bulls*** all the time.

"[In future] just keep your mouth shut until something is signed.

"With a fight of this magnitude, until it's signed and all the obstacles are cleared, why make statements about it?"

"This is what happens when you get to the top; there's a lot of leeches out there, a lot of hangers on.

"You can see what's happening in America with him – appalling work to be honest with you. It's diabolical isn't it.

"They're around him like locusts. I'm thinking to myself 'how can he think straight'.

"He can blame his team, no one else.

"He was fighting AJ; I wanted him to fight AJ – I had no interest in Deontay Wilder.

"I told him in a phone conversation to chuck the belt in the bin, let [Wilder] have it and fight AJ on August 14 as was planned.

"They're geared up to fight the biggest fight in history. Now we have two warm-up fights in between."

John appeared to lay most of the blame at Tyson's US promoter Arum, adding: "Everybody seems to be doing as Bob Arum says.

"It's not cricket is it?

"I mean no harm to Bob, he's probably got his intentions right. But it's all about money.

"This arbitration could have been squashed in December, but they didn't – they ran out of time.

"Why didn't they squash it when they knew this big fight was happening? Total garbage."