THEY say talent runs in the family… and that is certainly the case with Usman Nurmagomedov.

The cousin of MMA superstar Khabib has proven he is ready to rise to the very top after a stunning 40-second win over Jerry Kvarnstrom. 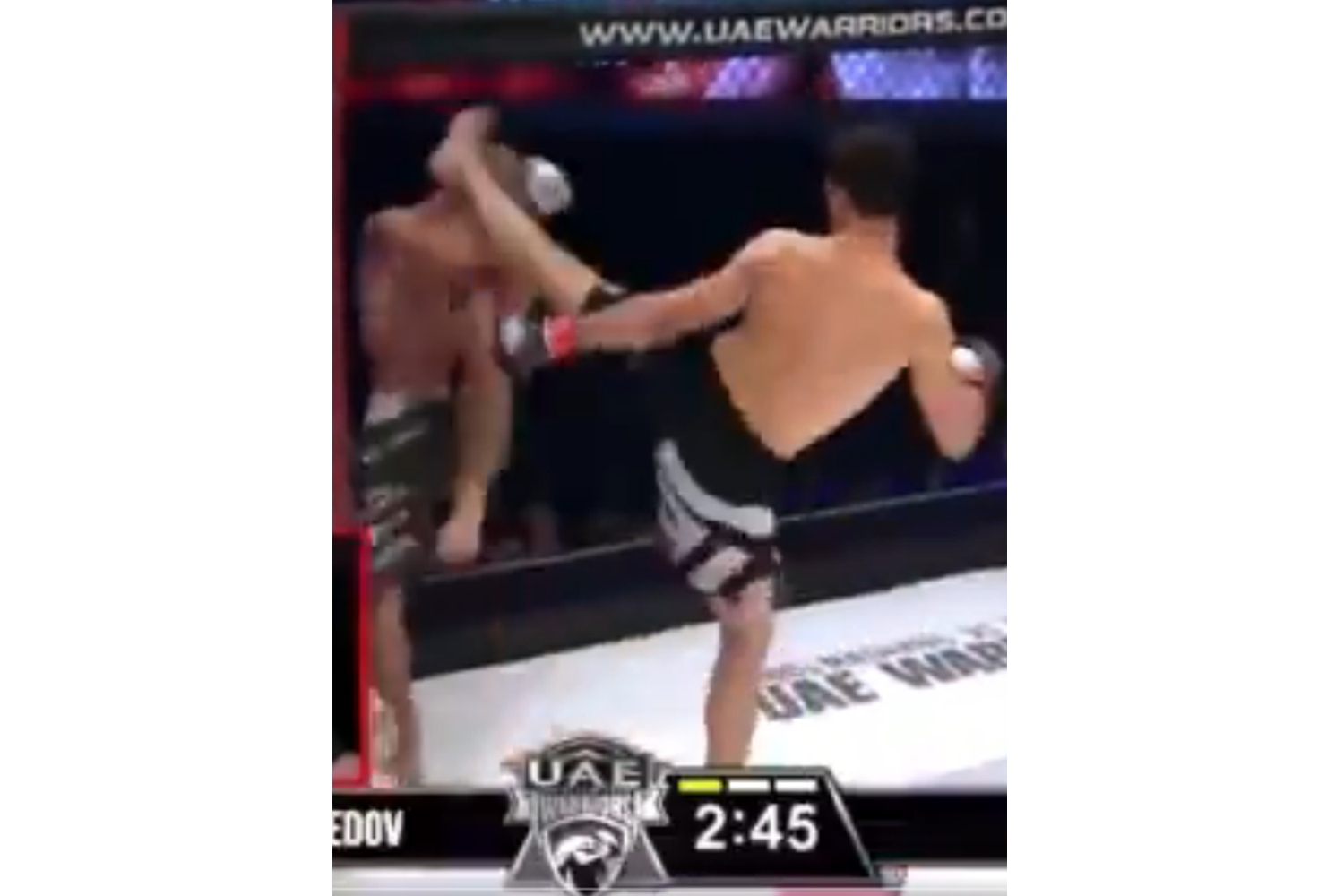 Fighting on the UAE Warriors 12 card in Abu Dhabi, Usman made it a perfect ten victories from ten in the opening round by submission.

It was easy as you like for Usman who battered the Finnish fighter before taking him to the ground.

And he has been learning from the best with Khabib in attendance giving final instructions to the 23-year-old Russian in the dressing room.

It was the first fight Khabib has been to since being rocked by the death of his father Abdulmanap.

Usman wore a T-shirt displaying a picture of his late uncle at the weigh-in in tribute.

It was his fifth victory in a year and his second in 2020 after destroying Ruslan Tuyakov in February.

Meanwhile lightweight champion Khabib could lure Conor McGregor out of retirement if he beats Justin Gaethje in October.

The pair have a fierce rivalry that dates back to their brutal bout in 2018 in which Khabib beat the Notorious over four rounds.

And UFC president Dana White admitted he will do everything in his power to make the rematch happen.

White said: "He is fighting Gaethje next. I don’t know who his last fight would be to make him 30. I don't know.

"I mean listen, [on the] Conor McGregor fight. I know Conor has always wanted that fight since the last one, I mean that is the fight to make.

"I don’t know, we will see how this all plays out. But, the Gaethje one is absolutely, positively the next fight for him."