JOHANN ZARCO had a lucky escape today after he was wiped out by Iker Lecuona’s stray bike during the final round of the MotoGP season in Valencia.

The Frenchman went sliding off at Turn 6 only seconds after fellow ace Danilo Petrucci suffered a similar accident at the Angel Nieto corner. 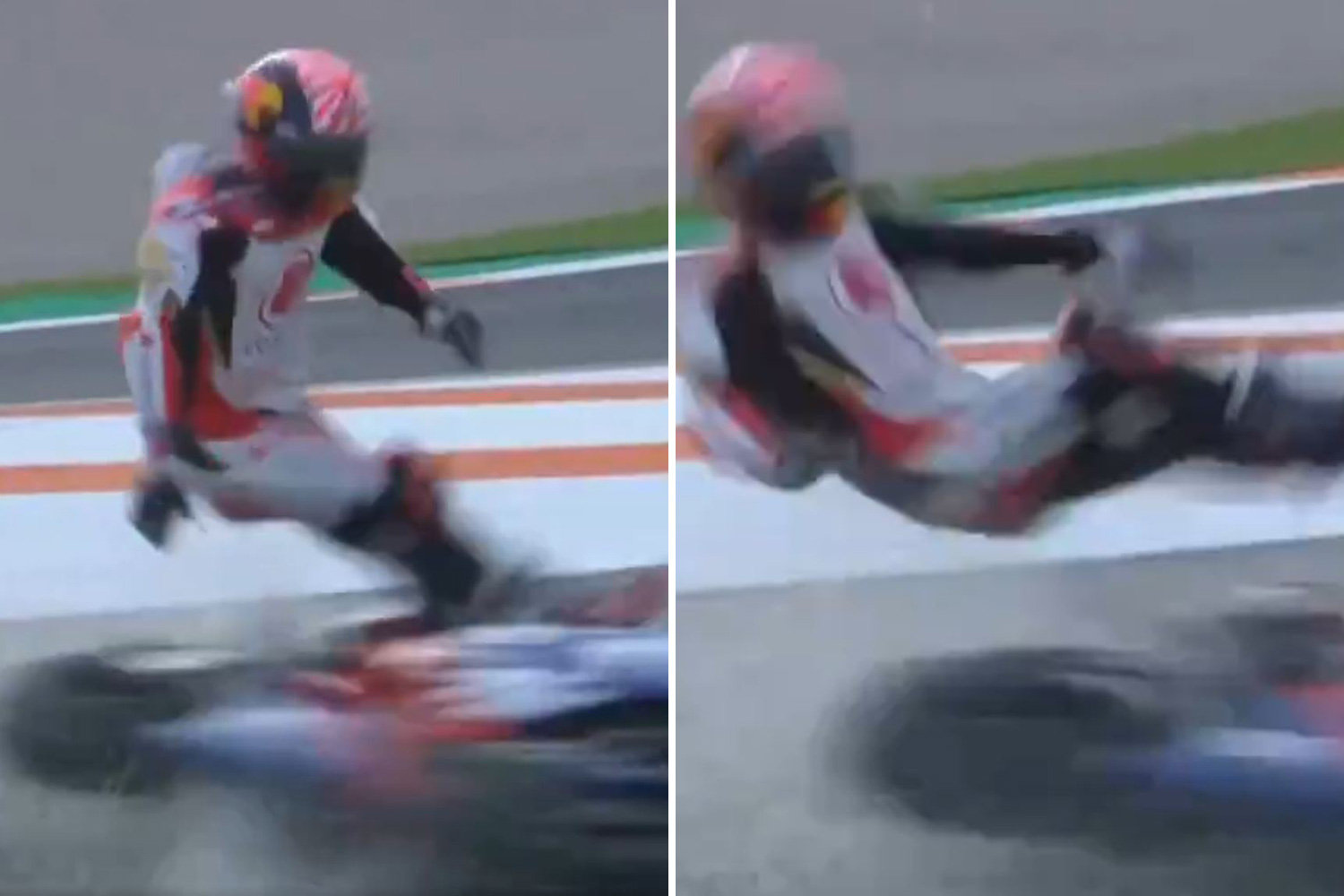 But as the 29-year-old trudged through the gravel pit with his back to the circuit, Lecuona became caught up in his own front-end fall.

Lecouna's stricken KTM then flew towards Zarco, causing a huge impact on the bottom of his legs that flipped him backwards into the air.

The Cannes-born star landed heavily from the ankle clip and was left visibly shocked as he was attended to by a concerned Lecuona.

Speaking on commentary, Neil Hodgson said: “That could quite have easily broken both of his legs.”

Keith Huewen added: “Do not walk off without taking a look.”

Fortunately, Zarco appeared unharmed as he was later spotted on a scooter leaving the medical centre and was pictured relaxing in the LCR Honda garage.

Michele Pirro similarly avoided a major casualty after he leapt off his bike as it burst into flames as he was out practising for the Valencian Grand Prix.

He was initially oblivious to the danger but eventually spotted the flames and pulled over before jumping off his bike.

Liverpool Will Go As Far As Sadio Mané Takes Them