FRANCH SANCHEZ punched Julian Fernandez so hard he was knocked out of the ring – with his eyes rolled back into head.

Cuban Sanchez – who was filmed sparring super-middleweight Canelo Alvarez before the fight – closed the show in style. 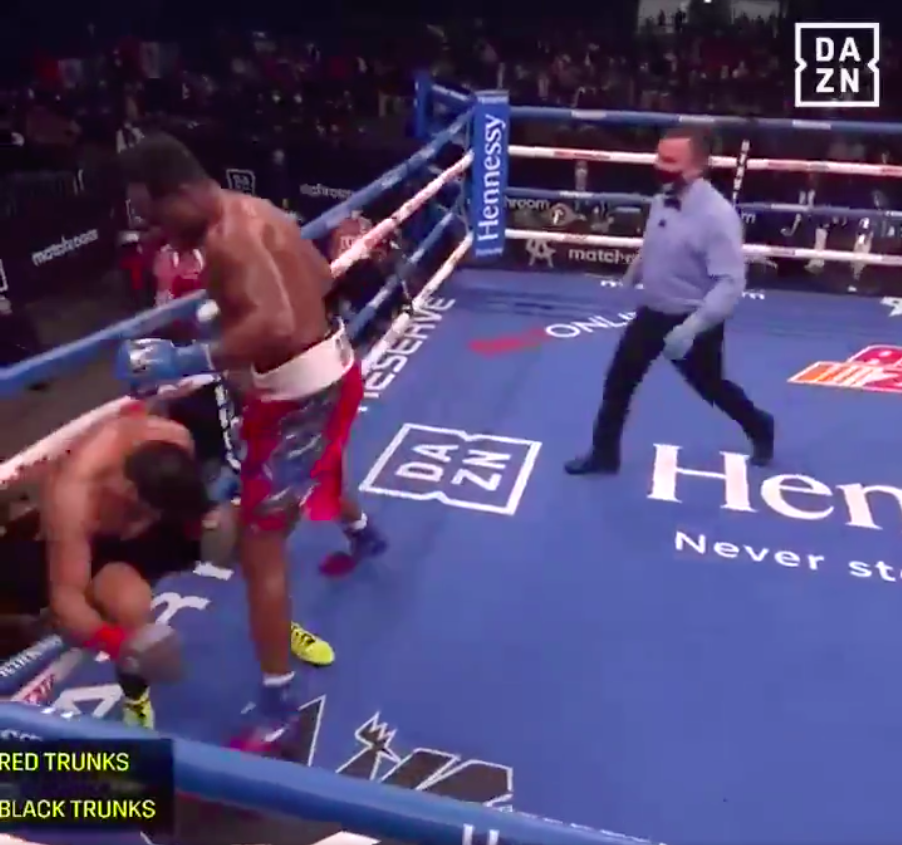 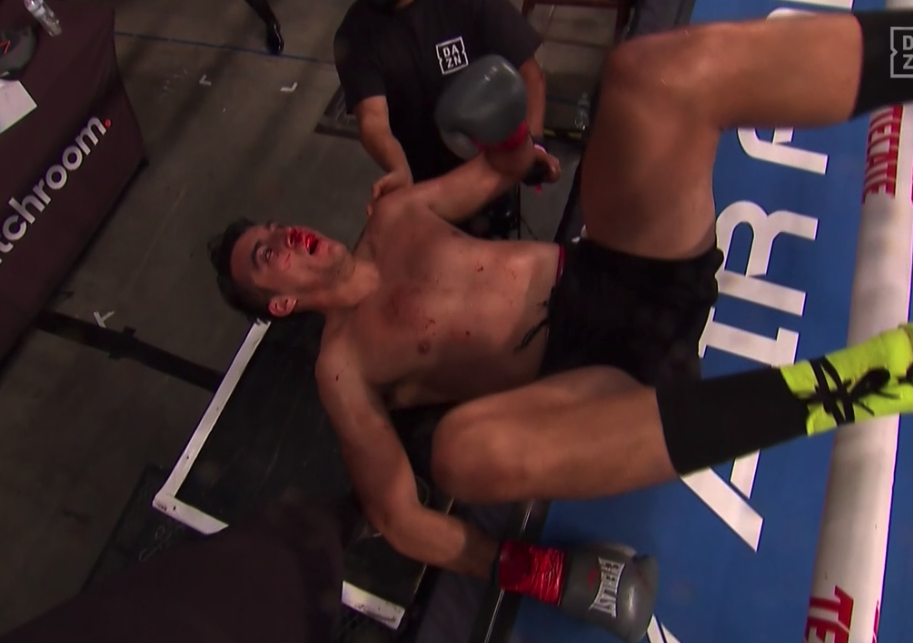 He backed Fernandez to the ropes after landing a big right hand.

And Sanchez kept up the pressure exploding with a big combination and the final hook left his opponent out cold.

Fernandez was smashed through the ropes and cameras captured the Mexican looking dazed with his eyes rolled back.

Fans online were quick to troll Fernandez after his prior showboating came back to haunt him.

One said: "Thats what he gets for taunting."

Sanchez moved to 16-0 after securing his 12th knockout.

Alvarez and Sanchez sparred each other in the lead up to their fights, despite their huge weight discrepancy.