GIGANTIC Anthony Joshua tears into a punchbag as he ramps up his training ahead of Kubrat Pulev.

The WBA, WBO and IBF king was topless and soaked in sweat as he threw down lefts and rights in his latest video. 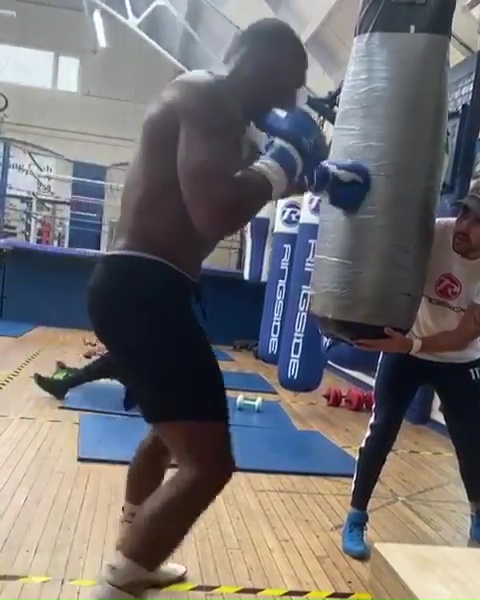 Joshua wrote alongside the clip "Round 1" and put three bell emojis.

The British hero is staying sharp in the gym while he waits to find out exactly when he will take on 39-year-old Bulgarian Pulev.

But he also admitted there is a "very strong chance" it could be held without fans.

Regardless of when the bout takes place, AJ is clearly bulking up.

A recent photo of him on holiday in Marbella showed the 30-year-old Watford-born star bursting out of his shirt.

It was while in the Spanish city that Joshua bumped into Tyson Fury.

And Joshua recently revealed that their conversation centred around Pulev.

"I said: 'That's something silly to say'.

RINGSIDE NEWS LIVE: Follow for all the latest Boxing, UFC and WWE updates 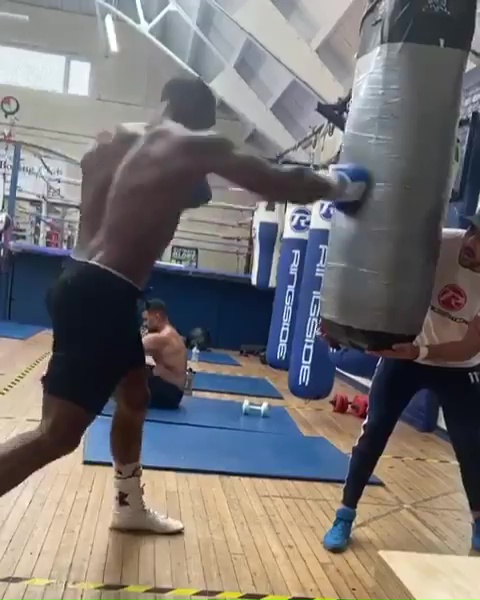 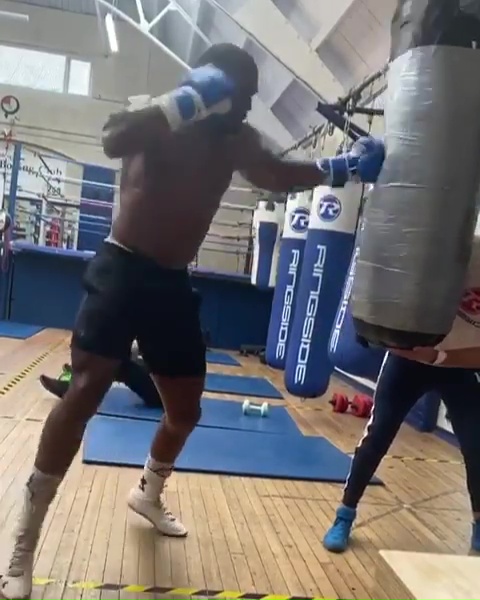 "He said: 'Have you got to fight [Oleksandr] Usyk?'

"I said: 'Look Tyson – when me and you can get a fight together, we don't have to worry about Usyk. See you next year'.

"I said hello to Mrs Fury, gave her a wave, and that was it."