JADON SANCHO finally celebrated his first Manchester United goal – and did so in style.

The England international had gone 14 games without a goal or assist since joining from Borussia Dortmund in the summer. 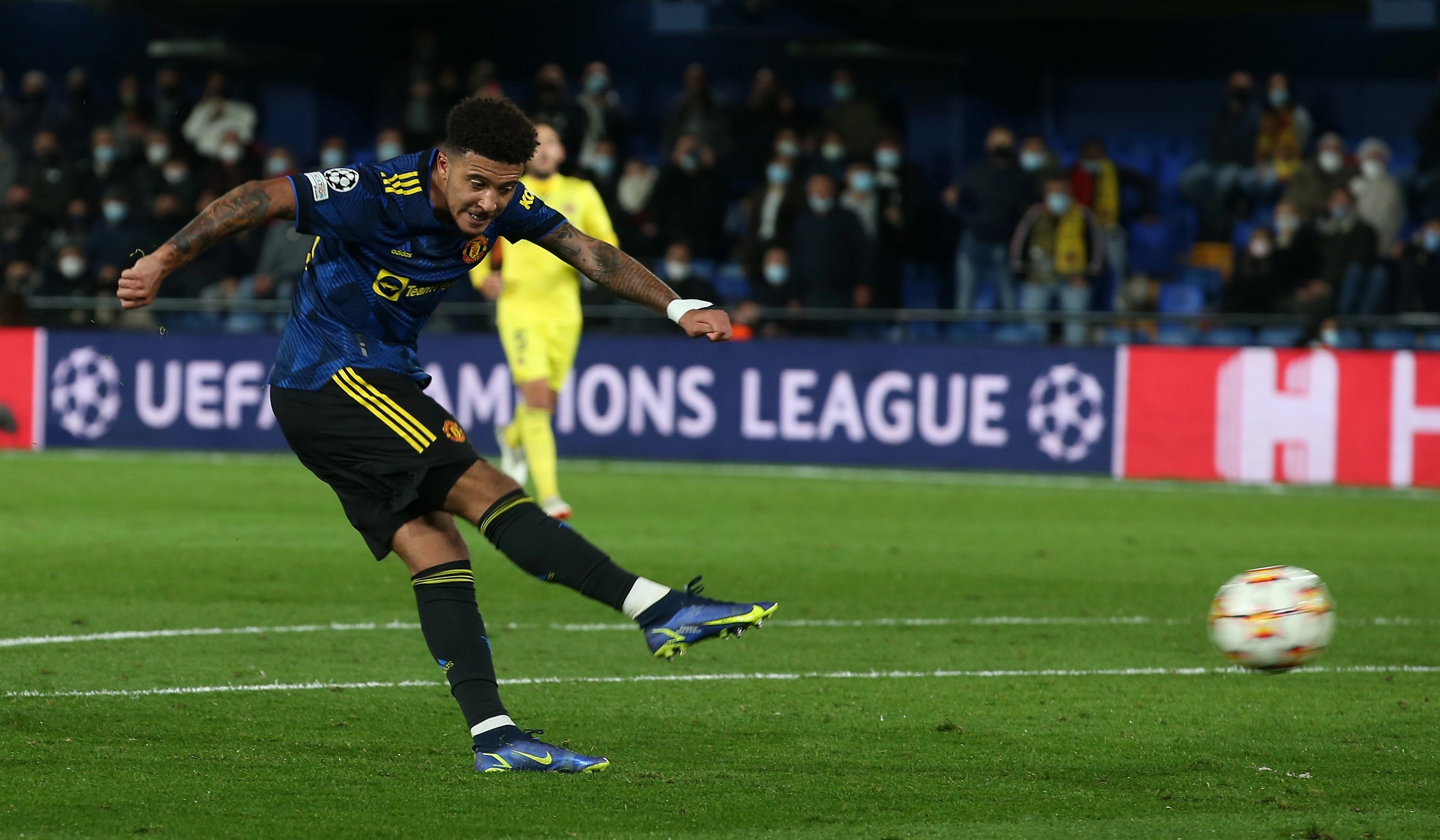 But his wait ended in Spain as Sancho hammered home United's second in their 2-0 win at Villarreal.

Midfielder Fred won back the ball and allowed Cristiano Ronaldo to put Marcus Rashford through down the left.

Rashford's ball across goal was helped on by Bruno Fernandes and set Sancho up perfectly.

The winger cooly took one touch and smashed his effort goalwards, hitting the bar and then crossing the line.

It added to Ronaldo's opener and ensured United progressed through to the knockout stages in Europe, something they failed to do last season.

Paul Scholes, working as a pundit for BT Sport, hailed his former side, playing under his old team-mate Carrick.

He said: “The discipline and team shape was there. It’s not easy going to places like this and getting results.

“The first half was a bit shaky, a little bit all over the place until they moved [Anthony] Martial to the left-hand side.

“We won many games in that way just staying in it. You know at some point you’re always going to have quality to score goals and this might be a way of United playing.

“You can see them playing like this against Chelsea on Sunday although it’s against a lot better opposition but that way of playing is something he’ll stick with.”