MANCHESTER UNITED midfielder Nemanja Matic kneed Vladimir Coufal in the groin but managed to get away with thanks to VAR not being used in the Carabao Cup.

The Serb lashed out at the Hammers right-back as United lost 1-0 but escaped punishment as ref Jon Moss didn't see it and VAR wasn't being used at Old Trafford. 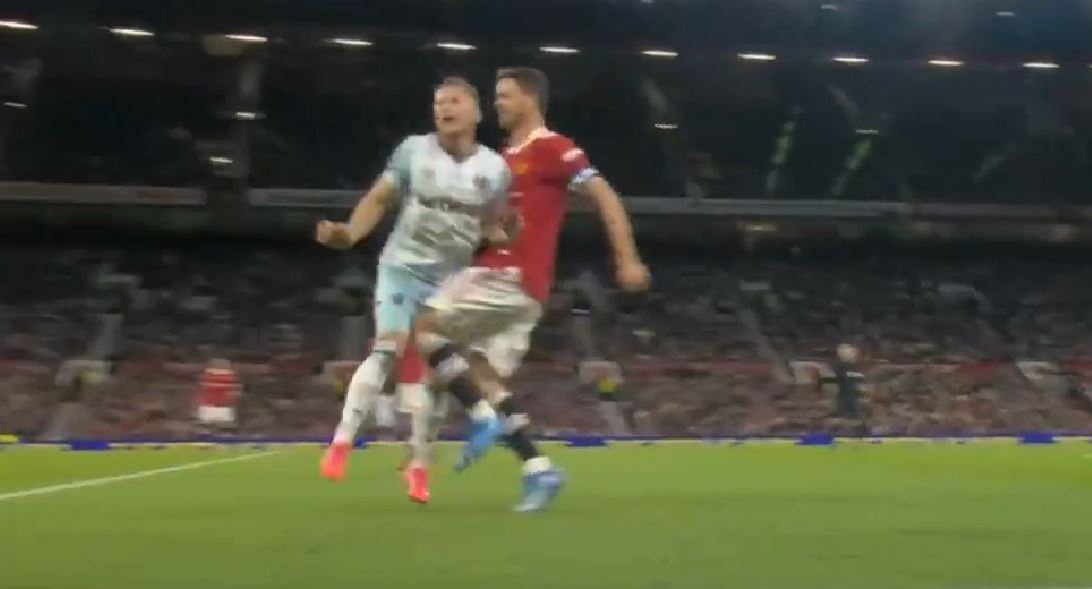 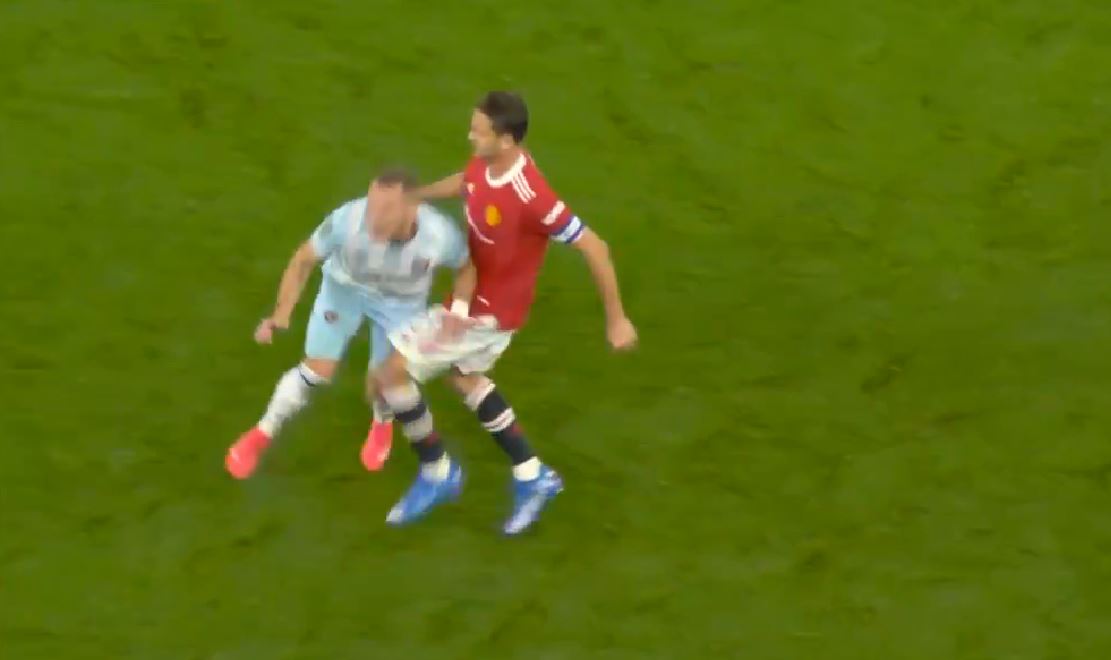 But the Argentine had to leave the pitch after the Coufal incident thanks to ANOTHER bad challenge from Matic.

Coufal – who came off the bench to replace injured Ryan Fredericks early on – had the ball by the sideline as Matic tried to shut him down.

The Czech quickly tried to move the ball on and played it off Matic's shins and out of play.

But the midfielder followed through and lashed out by kneeing the right-back in the groin. 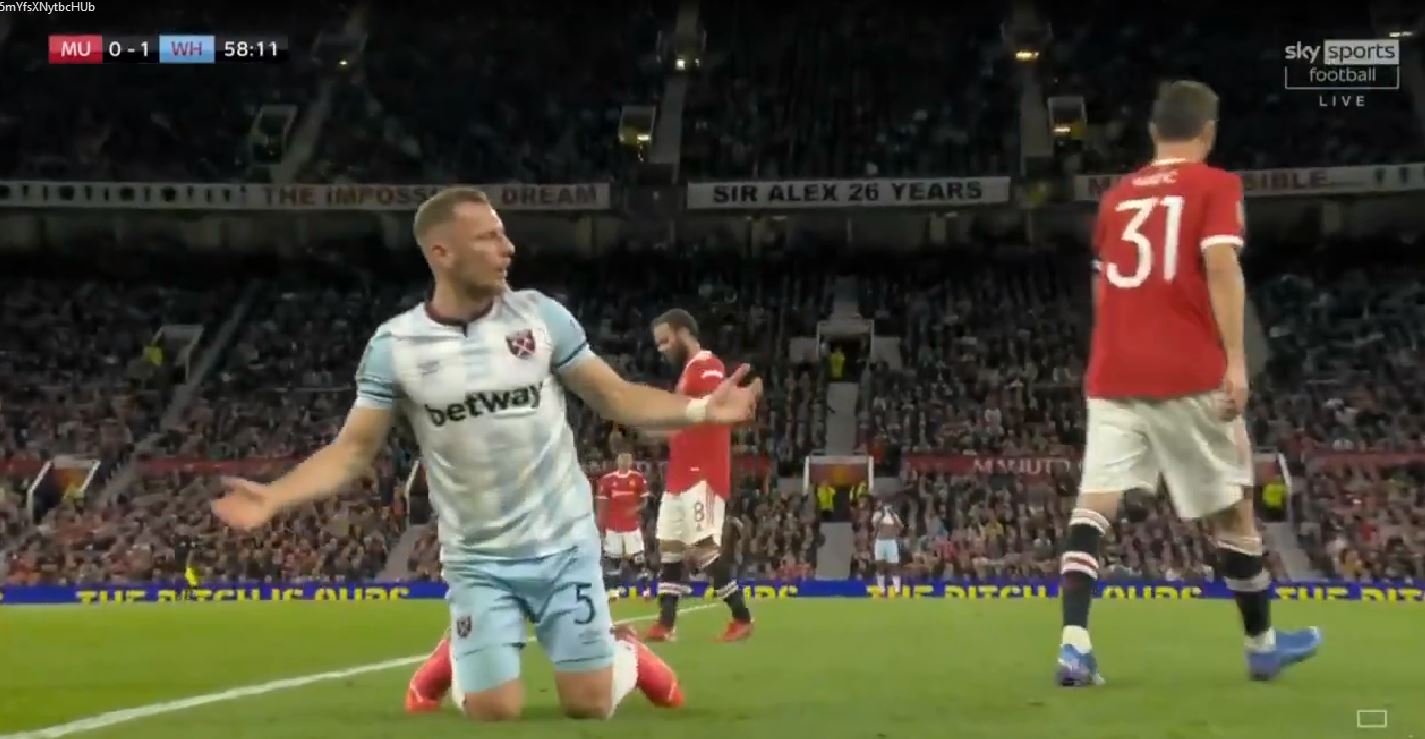 Coufal went down and appealed to the nearby fourth official – though he did not make a meal of it.

Matic ran off as if nothing as happened and got away with it because there was no VAR for the Carabao Cup tie.

He would surely have been sent off in the Premier League and he doubled down on his good fortune with a nasty tackle on matchwinner Lanzini later in the match.

Matic raked his studs down the Argentine's ankle after a late challenge and the ref missed it again.

Lanzini was subbed off injured as a result soon after.

Fans online were furious Matic got away with both challenges but particularly his sneaky knee on Coufal.

'SHOULD HAVE BEEN A RED'

After Aouar claimed it wasn't even a foul, Pete replied and wrote: "I’ll come and knee you in the b******s and then see what you think."

"You must be forgetting it goes blind whenever a United player does anything wrong."

Batesy said: "If that happened to Fernandes he would've been rolling around on the ground for at least five mins."

Chris asked: "Why would you need VAR to spot that, surely one of the four officials would have spotted that."

Michael simply added: "Should have been a red."

Before Dylan chimed in with: "Yet United fans constantly cry about referees ‘hating’ them and giving them no decisions.

"VAR could easily see that as violent conduct."

David Moyes recorded his first win over United since being sacked as their manager with the victory.

But the Hammers' bubbles were slightly faded soon after the final whistle as they were drawn at home to perennial Carabao Cup winners Manchester City in the next round.