MIKE TYSON was interviewed by late football great Diego Maradona on his Argentine TV show in 2005.

Iron Mike, 54, was a guest on Maradona's chat show La Noche del 10 in Argentina 15 years ago, five months after his previous fight. 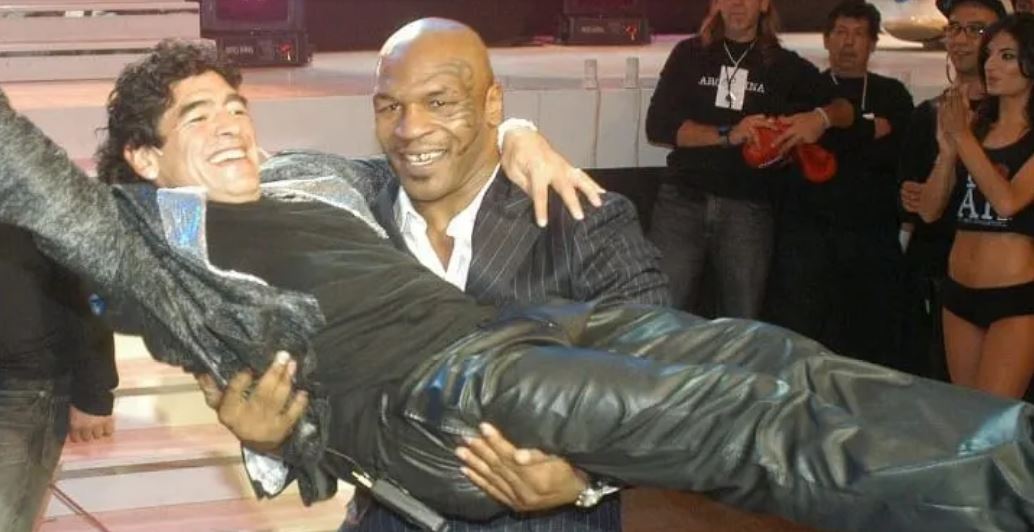 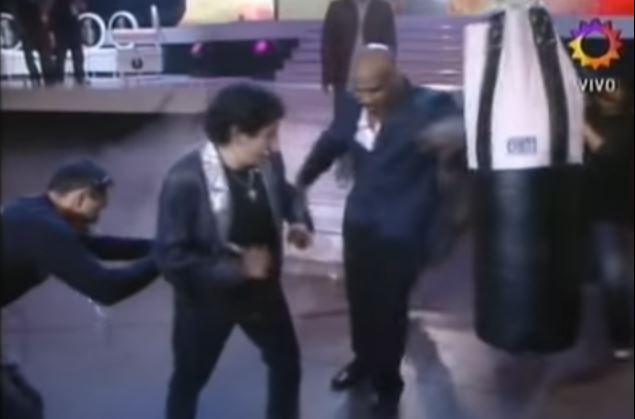 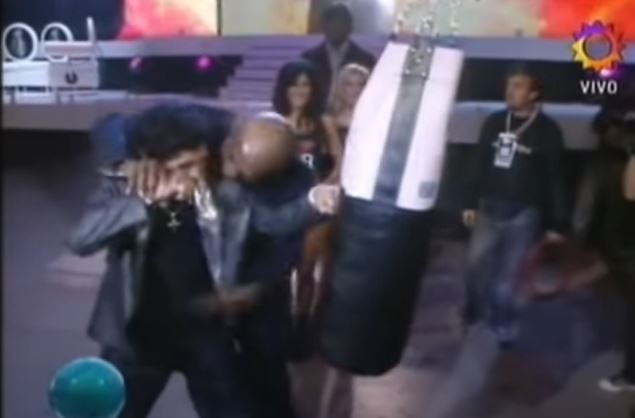 He taught the superstar how to punch and hoisted him aloft in his arms in bizarre scenes.

Tyson steps back into the ring for the first time since his defeat to Kevin McBride in 2005, tonight against Roy Jones Jr.

The pair have a combined age of 105 but will contest an eight-round exhibition at the Staples Center in Los Angeles.

Tyson weighted in LIGHTER than his 1986 world title win aged 20 and said he will come 'running right at' Jones.

The year Tyson became heavyweight champ also brought Maradona to the fore with the World Cup in Mexico where he infamously scored the 'Hand of God' goal as well as a sublime solo effort against England in the quarter-finals.

Maradona died of a heart attack on Wednesday aged 60 at his home on the outskirts of Argentina's capital Buenos Aires.

His death came two weeks after surgery following a bleed on his brain and he had long battled with his health.

Tyson paid tribute to the late Maradona and said: "The Hand of God, Maradona has left us. In 86 we both won our championships.

"They use to compare the two of us. He was one of my hero’s and a friend. I respected him so much. He will be greatly missed."

The pair struck up a bond after first meeting on the TV show – which Maradona hosted for one season – and both came from poor backgrounds.

On the season finale, Maradona asked Tyson what was going on in his life and the boxer replied: "I'm very happy. My life has always been a roller coaster, but I'm happy.

"Today I was in the neighbourhood you were born [La Boca] and I think we come from similar places, we have a lot in common."

Tyson – born into the then crime-ridden Brownsville area of Brooklyn, New York in 1966 – ironically also announced he was DONE with fighting.

He added: "I won't keep on fighting. It's just like your thing. You've played for a long time. I have fought for 26 years now and I've lost desire.

"Bouts are not that hard, but training [sessions] really are. And if you don't do it the way you're supposed to do it, then you can't be successful."

Maradona praised his interviewee and said: "Tyson is a legend. The greatest boxer there ever was. That's why we worship you so much." 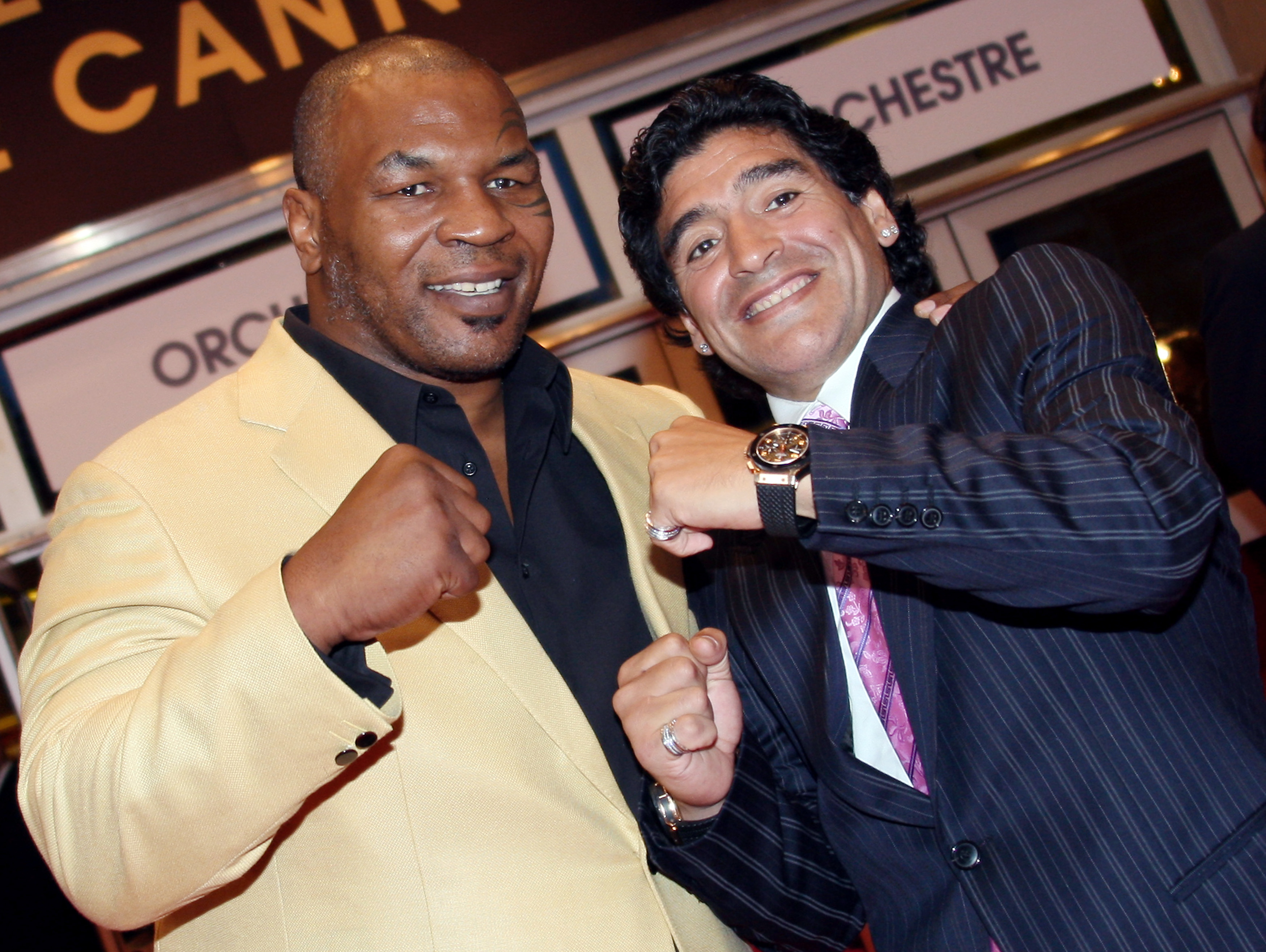 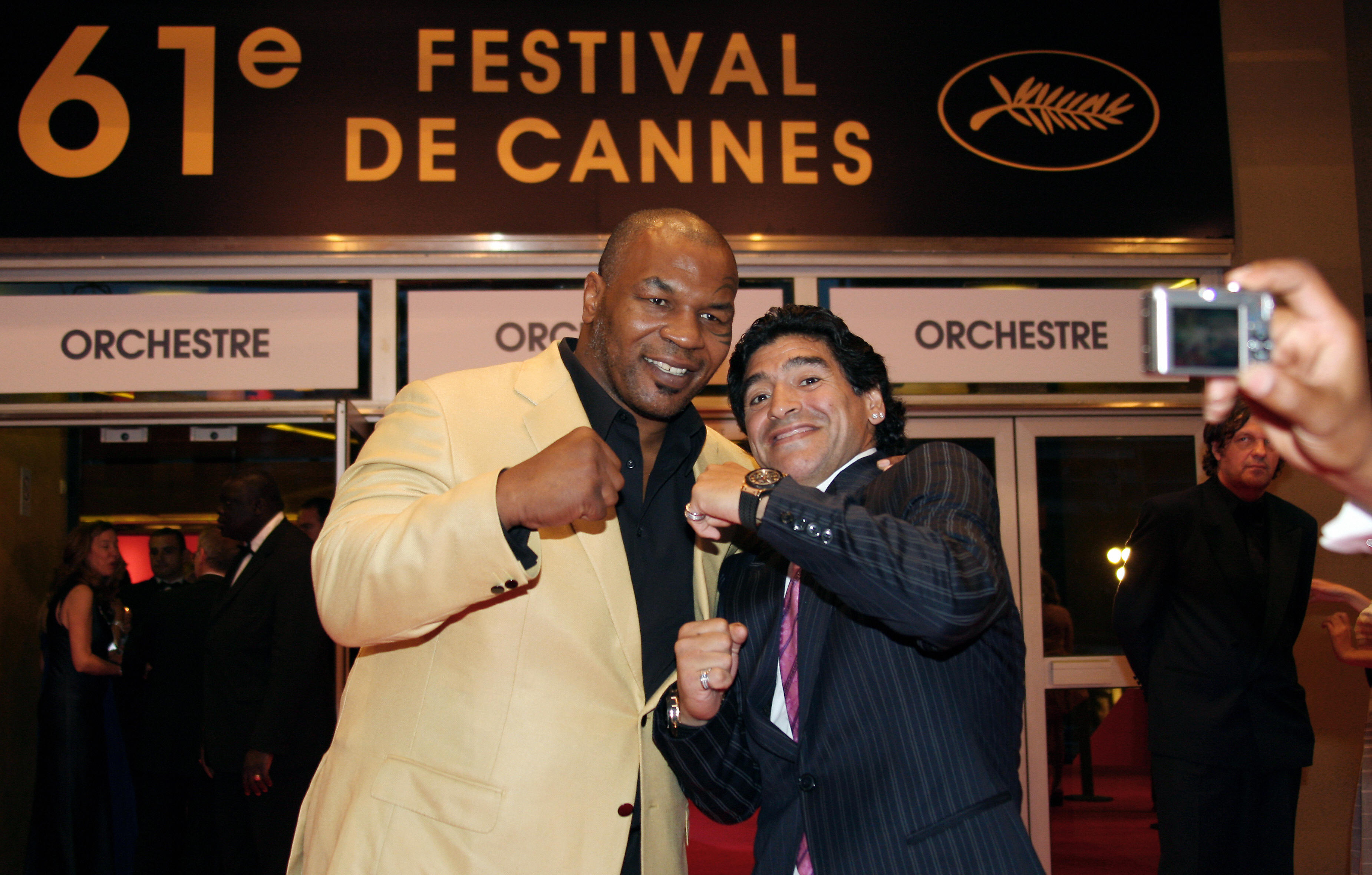 Tyson was also emphatic in his praise of the Argentine maestro, saying: "I admire you and respect you very much, because you have been the king of your sport. That's why I'm so happy to be here."

Things took a weird turn when the two eccentric characters got chatting about life.

"I don't know exactly what I want from life, it's all very confusing. I just know I worry about the people I care for."

Maradona handed Tyson a signed Argentina shirt – something he did for all his guests – before receiving some priceless tips on the punch bag.

The late superstar began his popular run as host with old rival Pele and had former Cuban leader Fidel Castro as well as Tyson's fellow boxer Roberto Duran on.