MIKE TYSON remained the coolest man in the room after a crazed fan pulled out a gun during a Hollywood comedy gig.

Iron Mike, 55, was taking in an evening of laughs with friends when things turned sour at a packed rooftop bar in March. 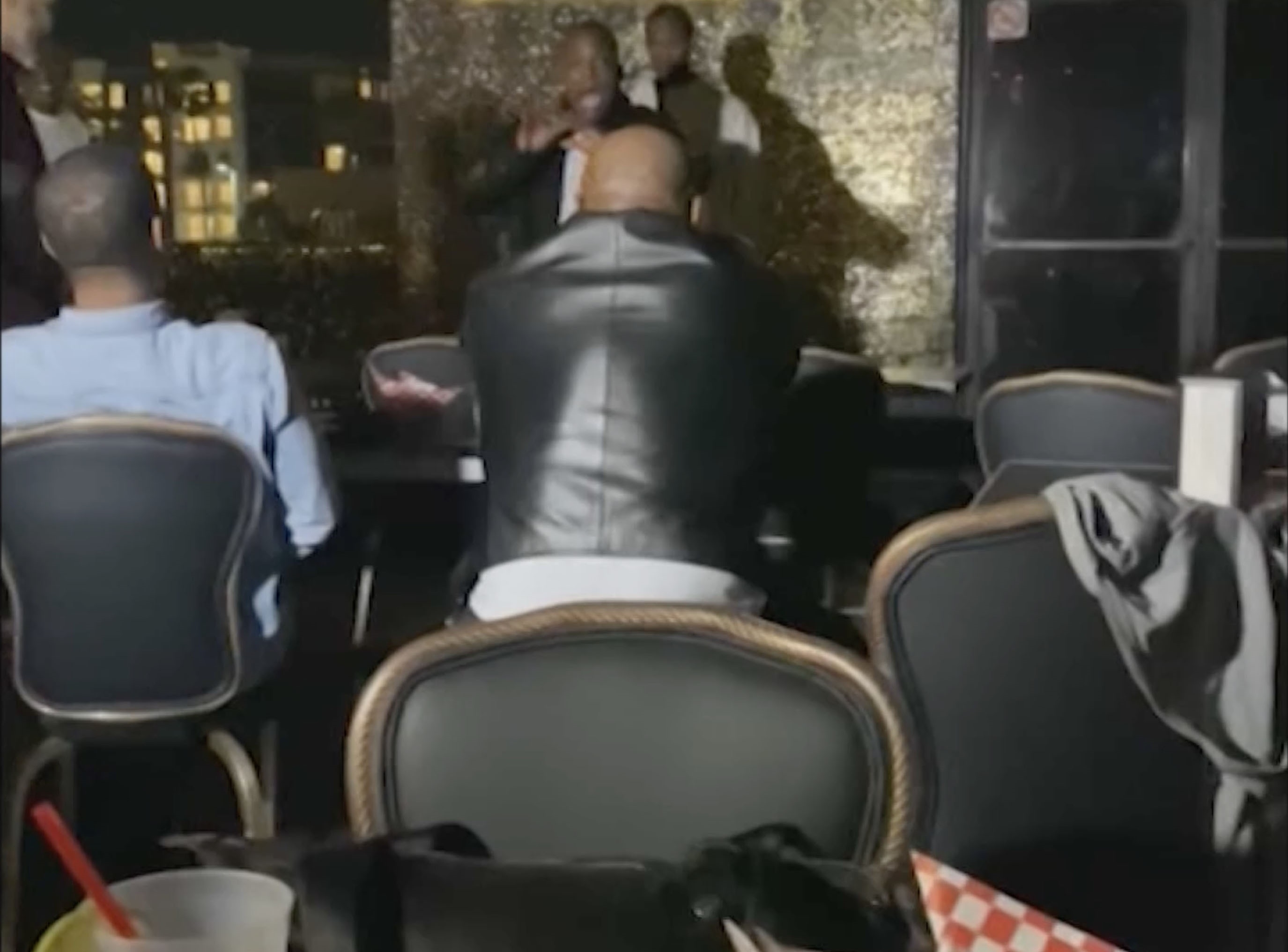 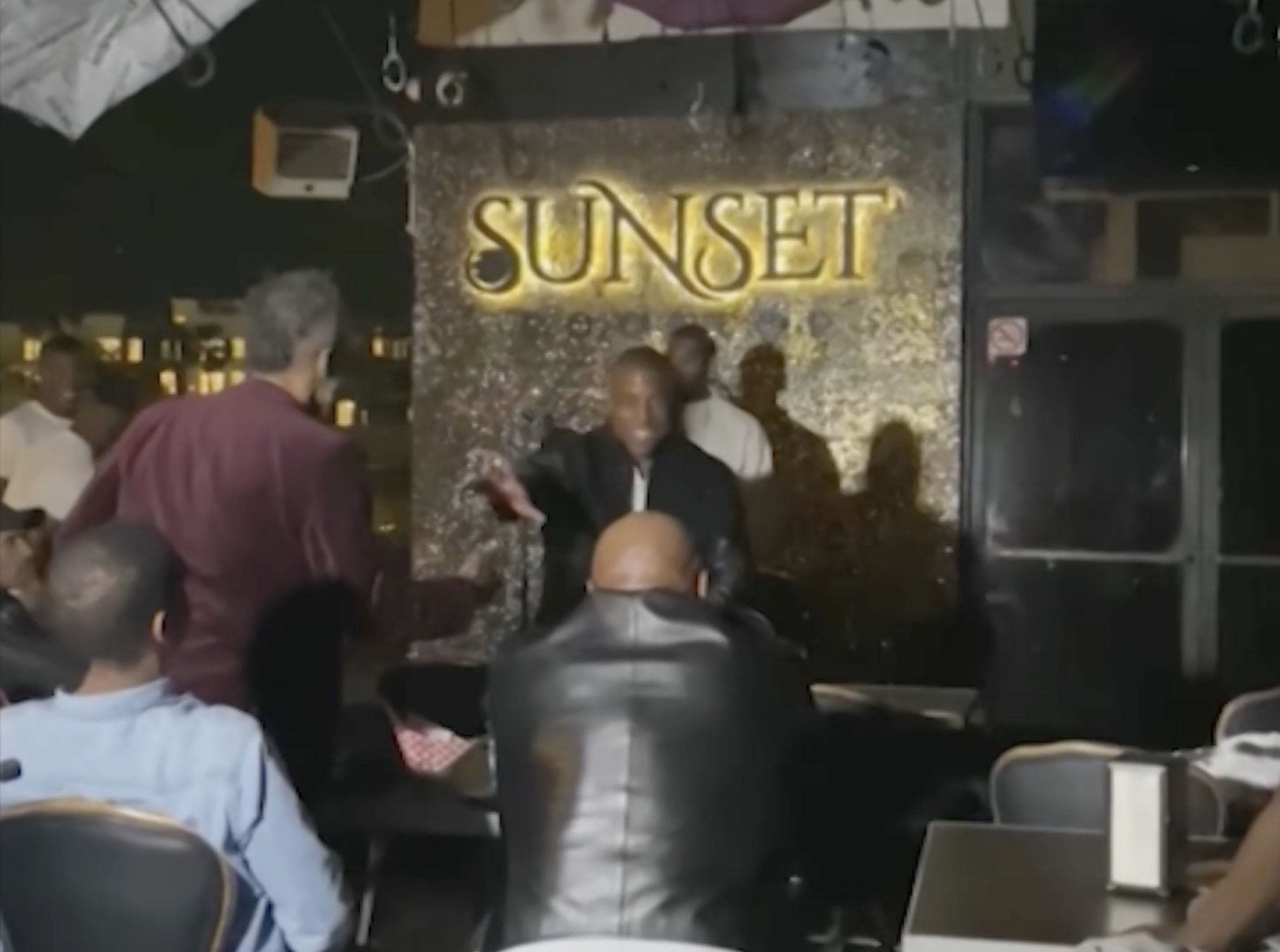 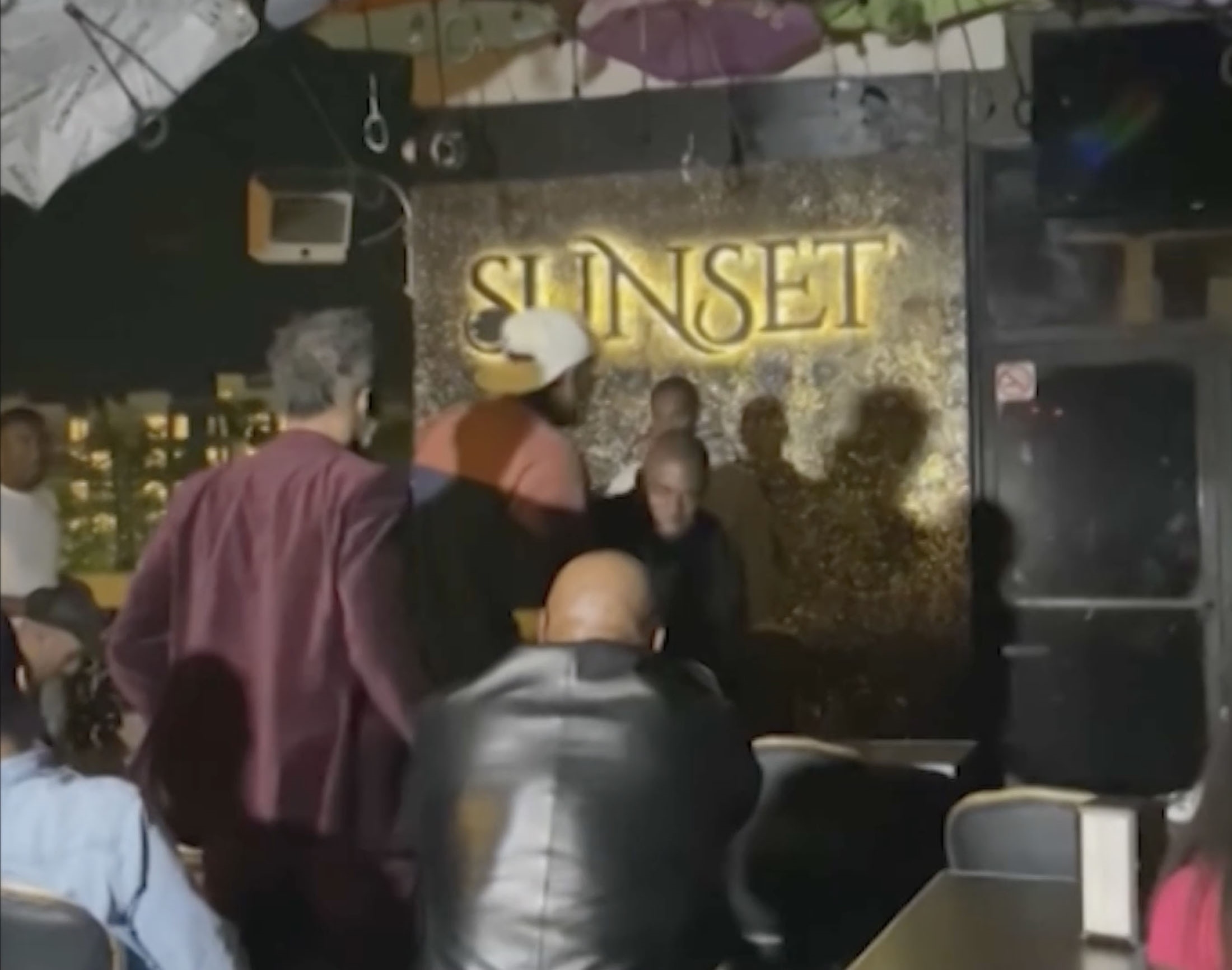 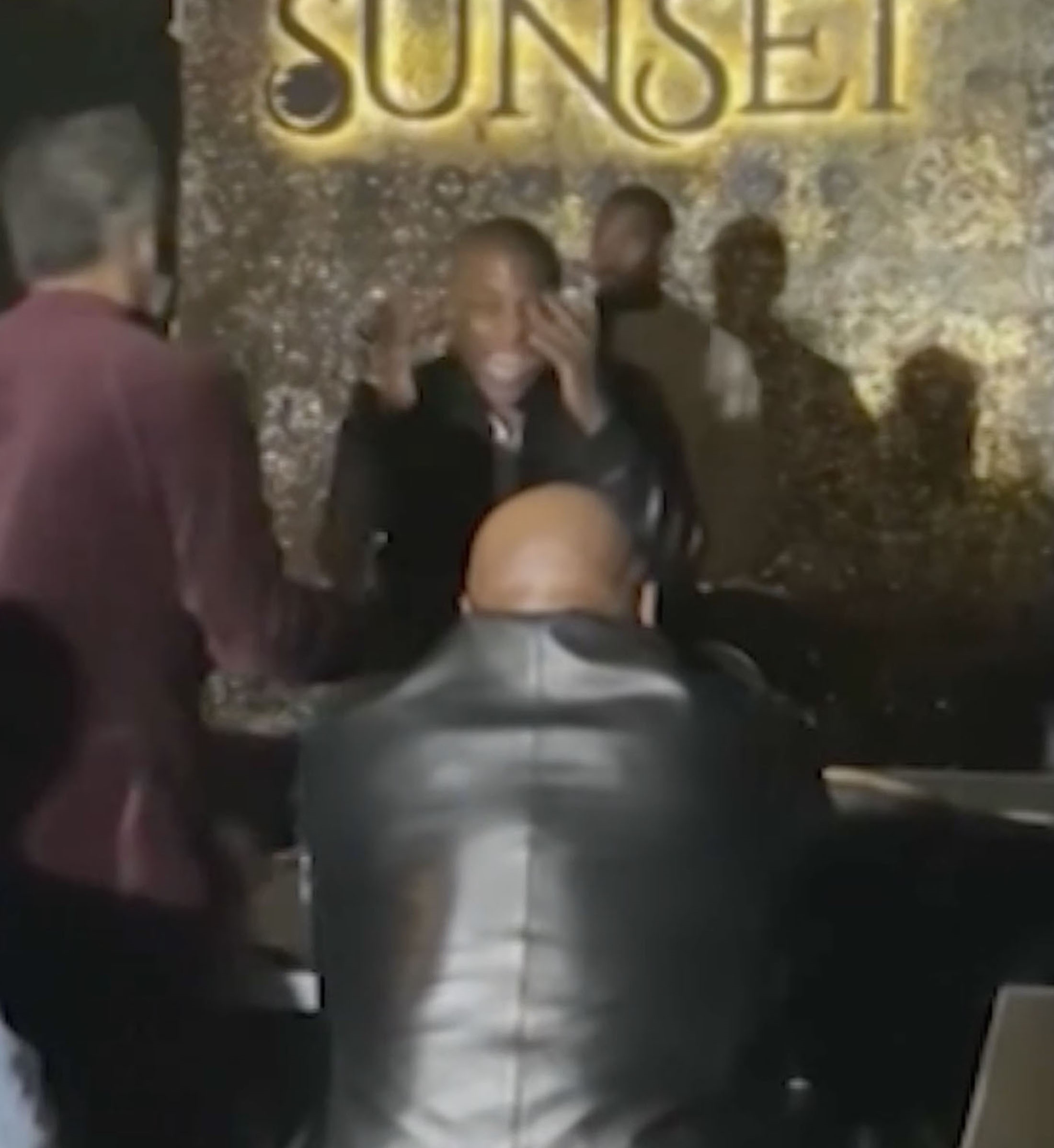 Tyson and a number of his entourage were in attendance at the gig, with the former heavyweight champion seated front and center.

But in a shocking video obtained by TMZ, a random member of the audience is seen approaching Tyson and reportedly asking for a rumble.

Witnesses report the man said he wanted to 'upgrade his status' by challenging the champ, who recorded 44 knockouts during his glittering career.

The Baddest Man on the Planet remained calm and collected throughout, even as things escalated further.

After being asked to leave Tyson alone by the gig MC, the fan reportedly threatened to shoot the stunned host and pulled a gun from his waistband.

"I’m not playing with you, get out of here."

Revelers ducked under tables as the gun was cocked, but Tyson refused to get confrontational and continued to sit unmoved at his table.

The gun was never fired and the man returned to conversation with the boxing legend, who heard him out despite the unfolding chaos.

And in a bizarre twist, after exchanging words the pair HUGGED before the man left without further incident.

An onlooker shouted "there you go" as the boxing legend rose from his seat for the embrace.

TMZ report LAPD were never called to the incident and Tyson left safely with his friends shortly after the man.

It's not the first time Tyson has been threatened with a firearm, with former coach Teddy Atlas allegedly pointing a gun to his head when the former boxer was just 15.

Tyson has been out of the boxing ring since his blockbuster exhibition fight with Roy Jones Jr in 2020.

He has been linked with a bout against YouTuber Jake Paul, but revealed it would take $1billion to tempt him into the contest.

Asked about fighting Paul, Tyson said on his podcast: "Nobody told me that.

"I ain't know nothing about it. [I'd require] a billion bucks."

Tyson is still in training at the age of 55 and showed off his blistering skills in a viral video. 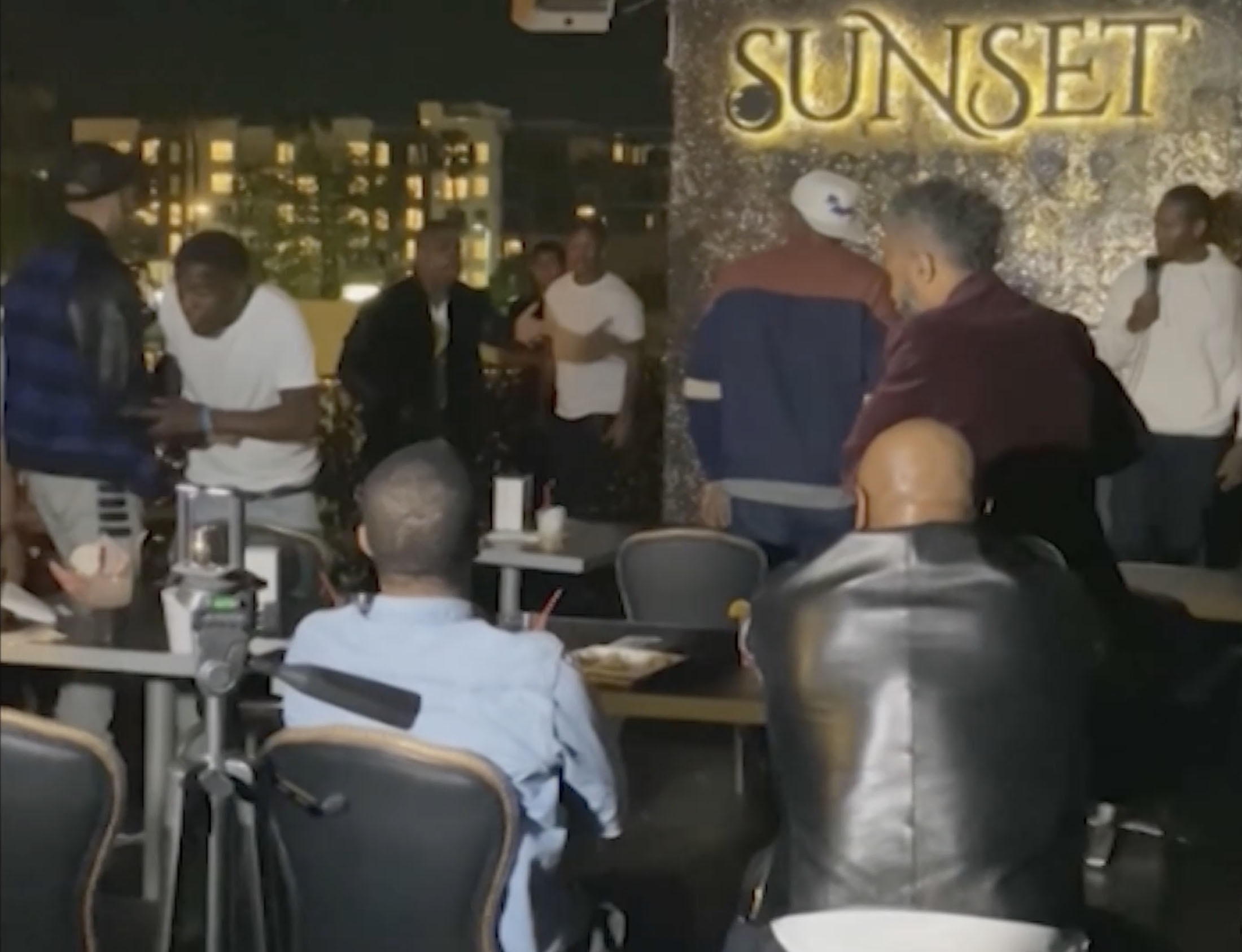 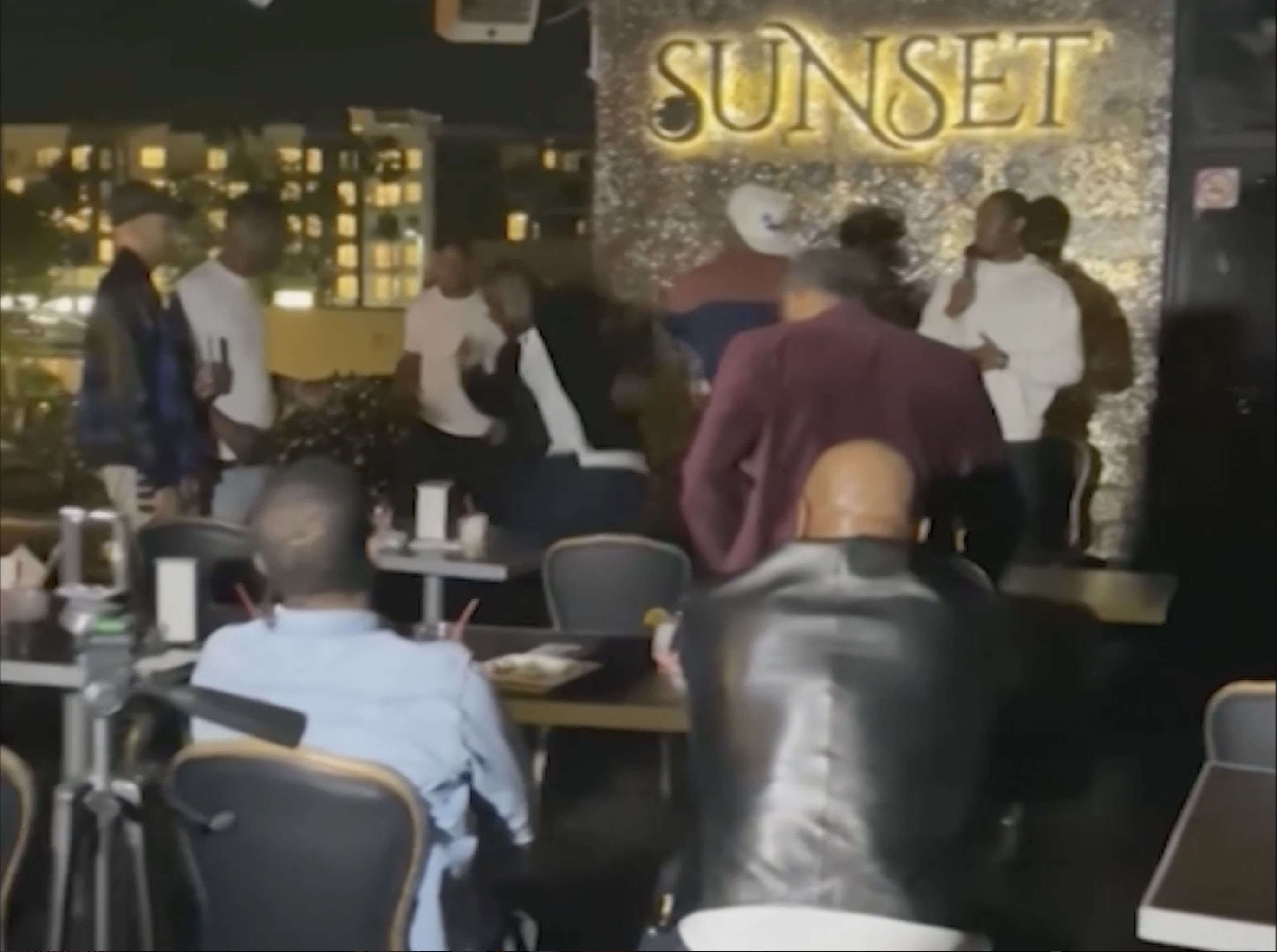 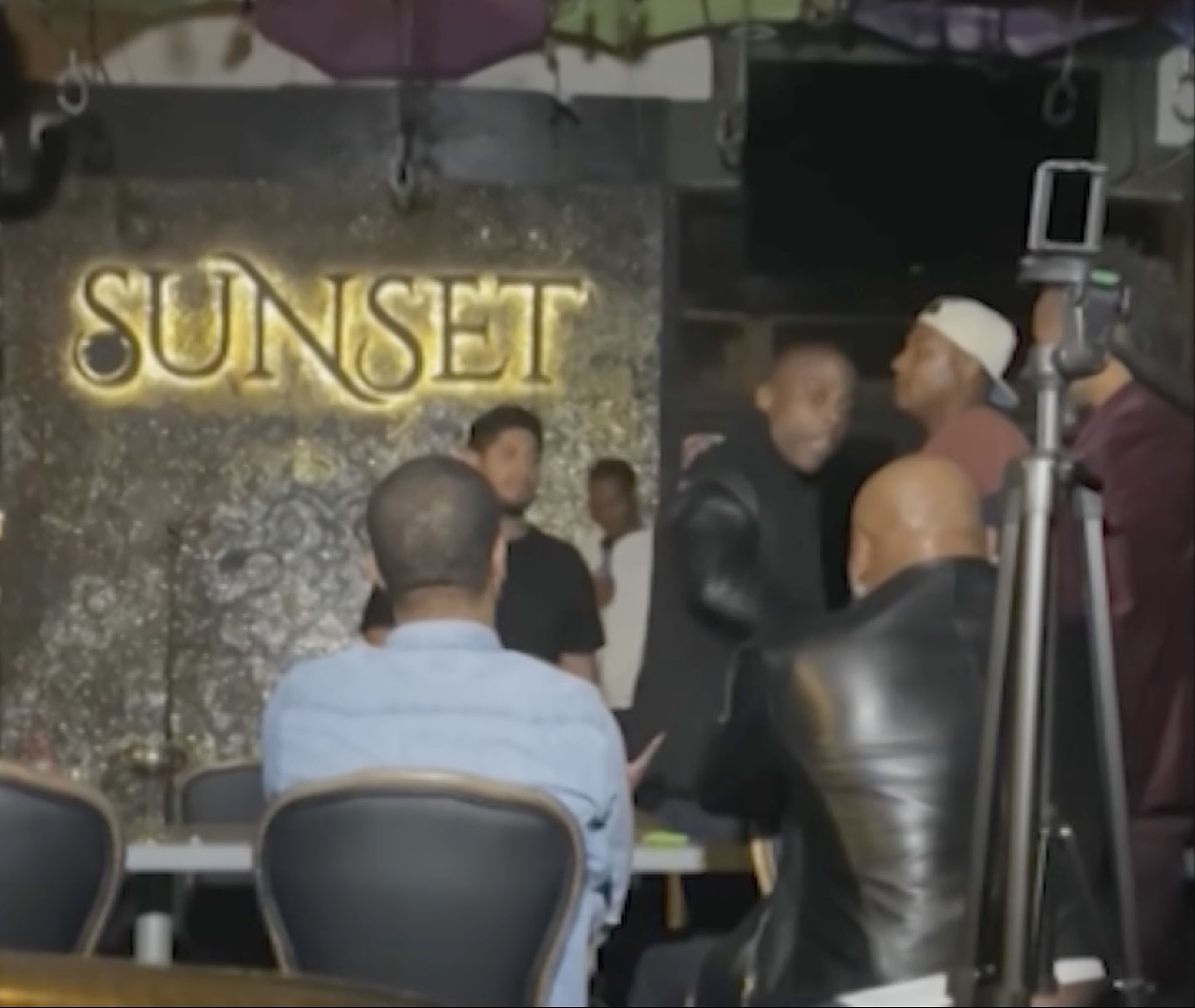 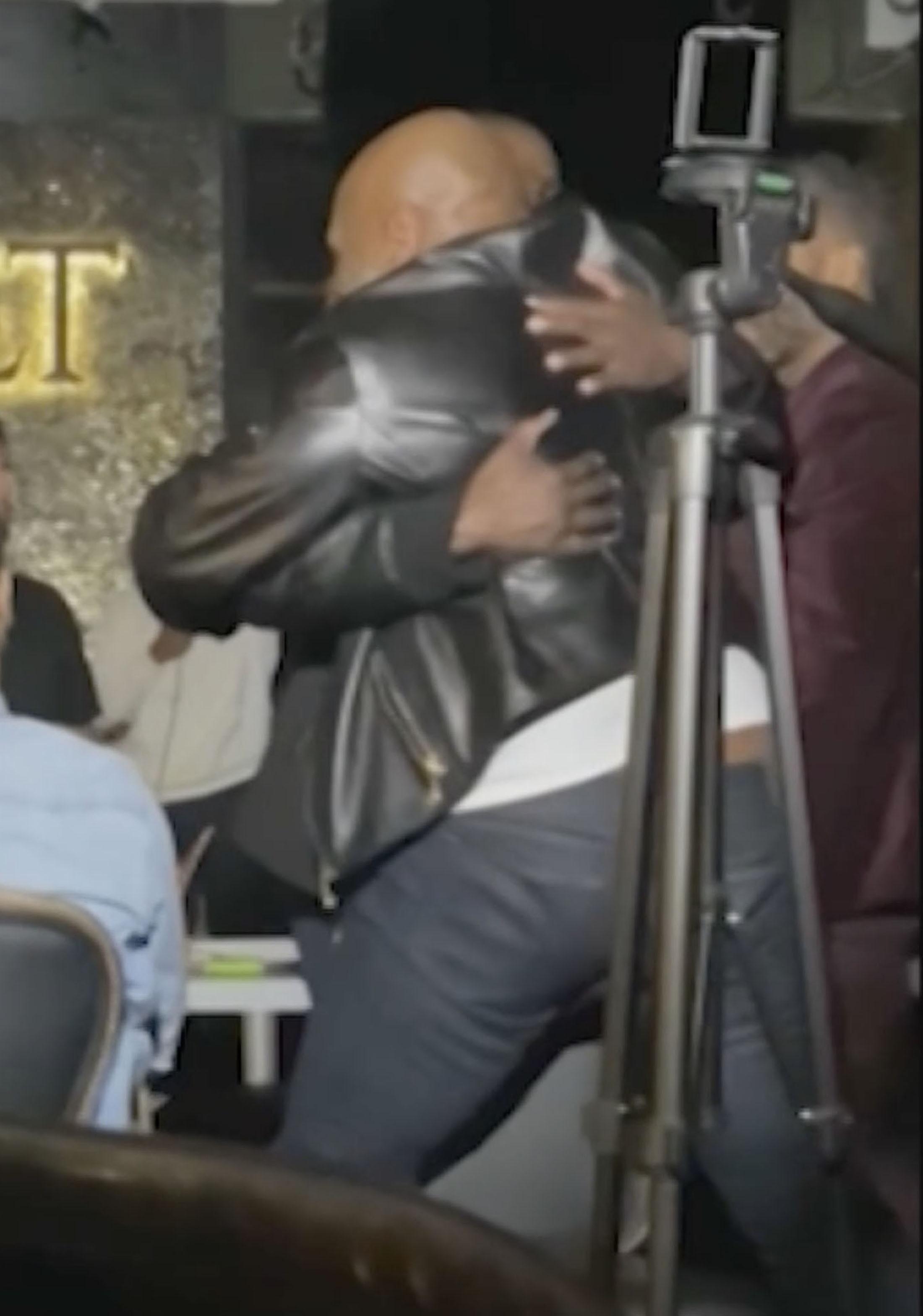