Thrilled punters declared the 1m2f thriller the 'most exciting race ever' with a jaw-dropping finish. 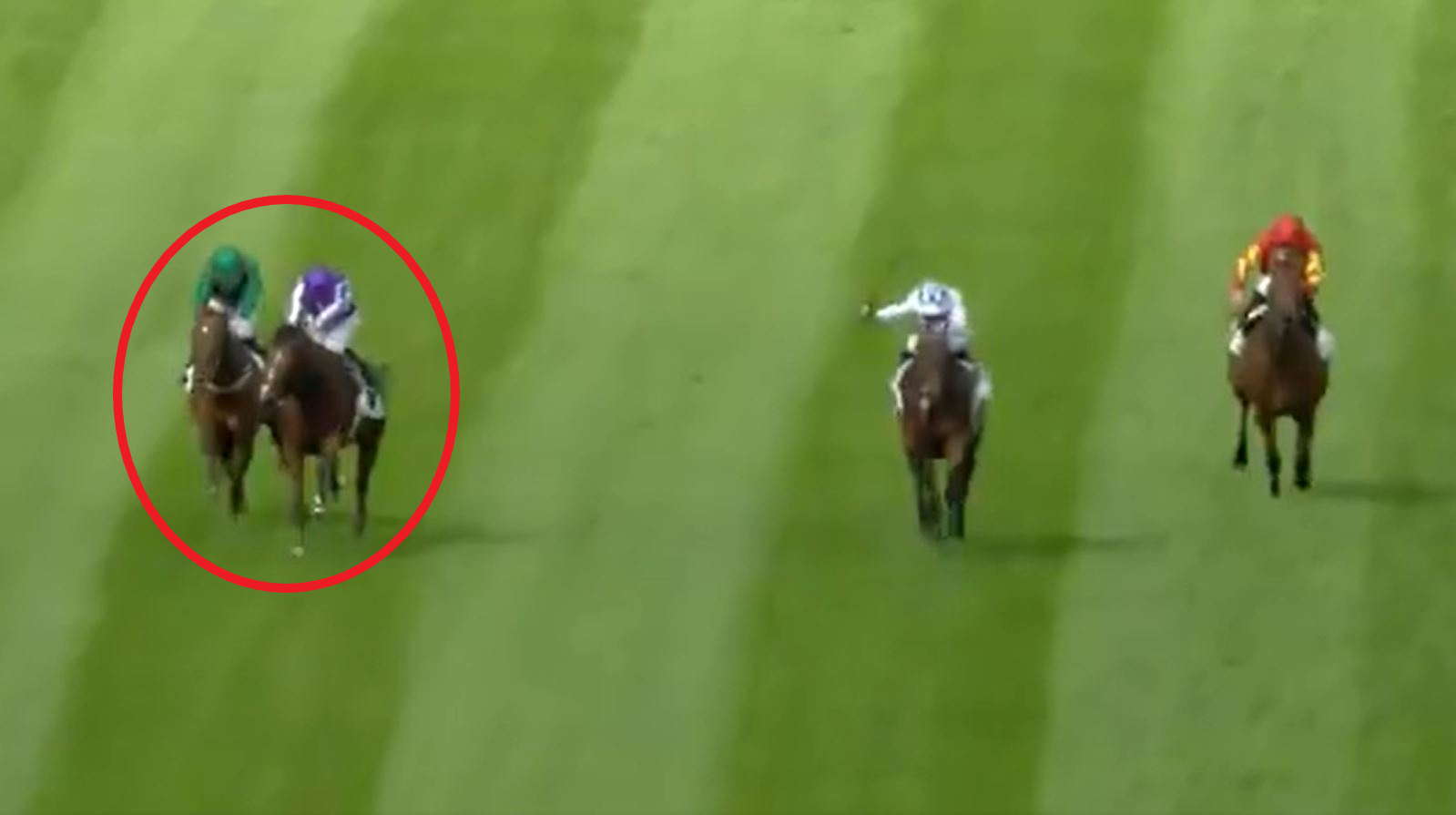 The Aidan O'Brien-trained wonderhorse held off the threat of a rapidly finishing Tarnawa and Poetic Flare.

But head-on video replays showed the three-year-old shifting markedly to the right in the final stages, coming close to Dermot Weld's Tarnawa.

An enquiry was called and deliberations went on for about 20 minutes before St Mark's Basilica's victory was confirmed.

His odds for next month's Prix de l'Arc de Triomphe remained unchanged at 10-1.

Tarnawa is currently 5-1 for the Paris showpiece, with Epsom Oaks winner Snowfall the 9-4 favourite.

That race will have to go some to match this absolute showstopper though.

The eventual winner was third half-way through the race before being asked for maximum effort two furlongs out.

That was the same time 2000 Guineas winner Poetic Flare went for it too, with Tarnawa picking up on the outside.

The epic three-way fight continued right to the post, with St Mark's Basilica hanging on grimly to win by just three-quarters of a length.

Group 1-winning trainer Tony Mullins tweeted: "What a race. That’s what racing is about.

"Probably the best and most exciting flat race I’ve ever witnessed.

While another said simply: "What a race. What a horse."