NBA superstar LeBron James had two fans thrown out for hurling abuse at him.

James, 36, was furious with the abuse he had been receiving from two Indiana Pacers fans and the pair were thrown out of the arena. 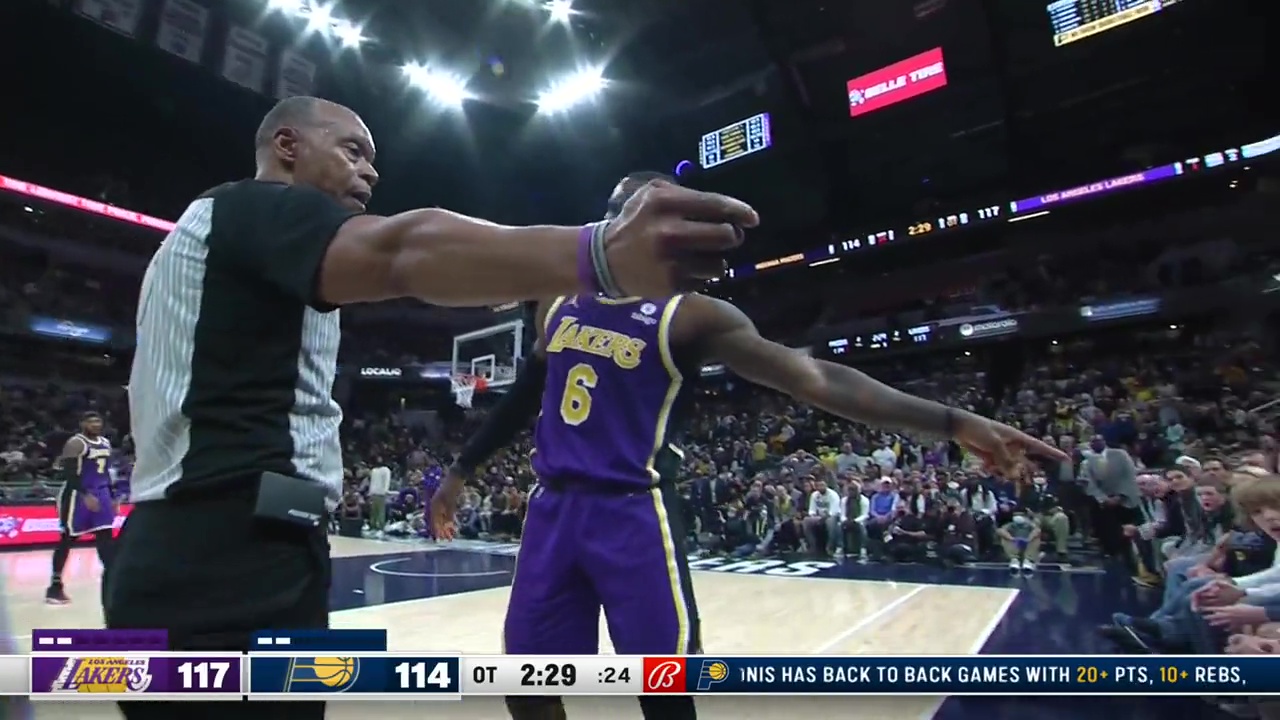 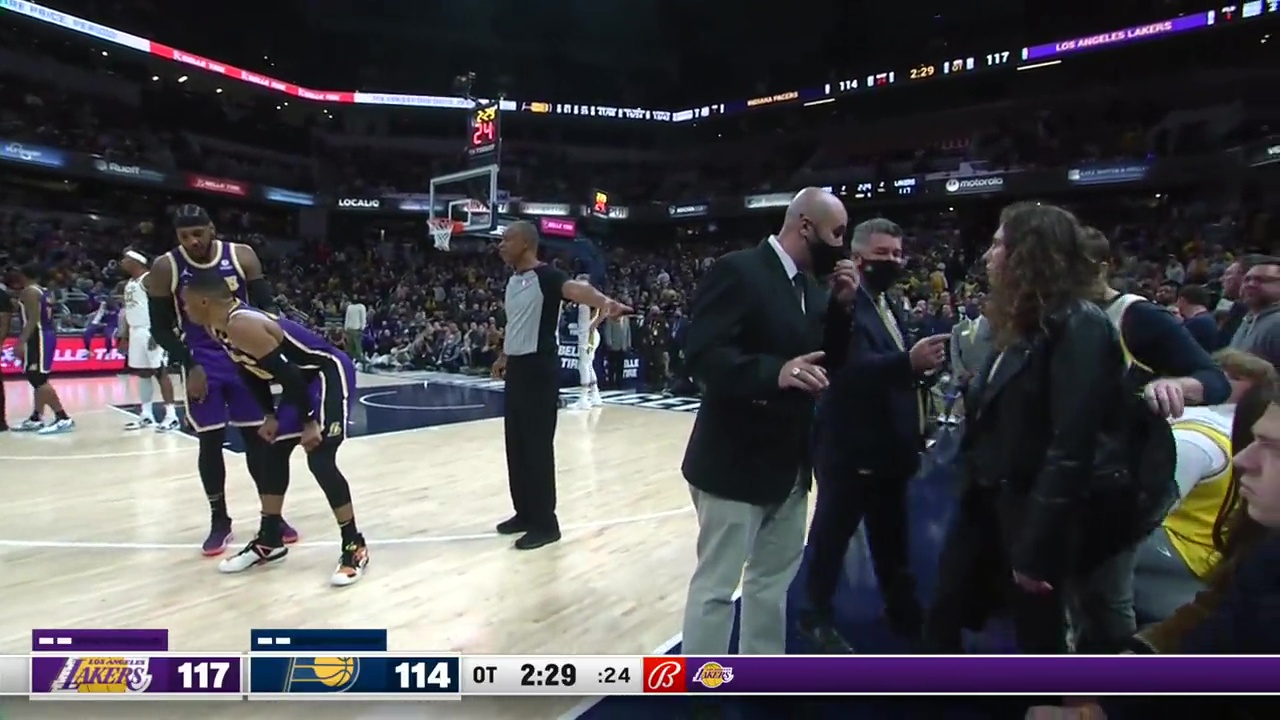 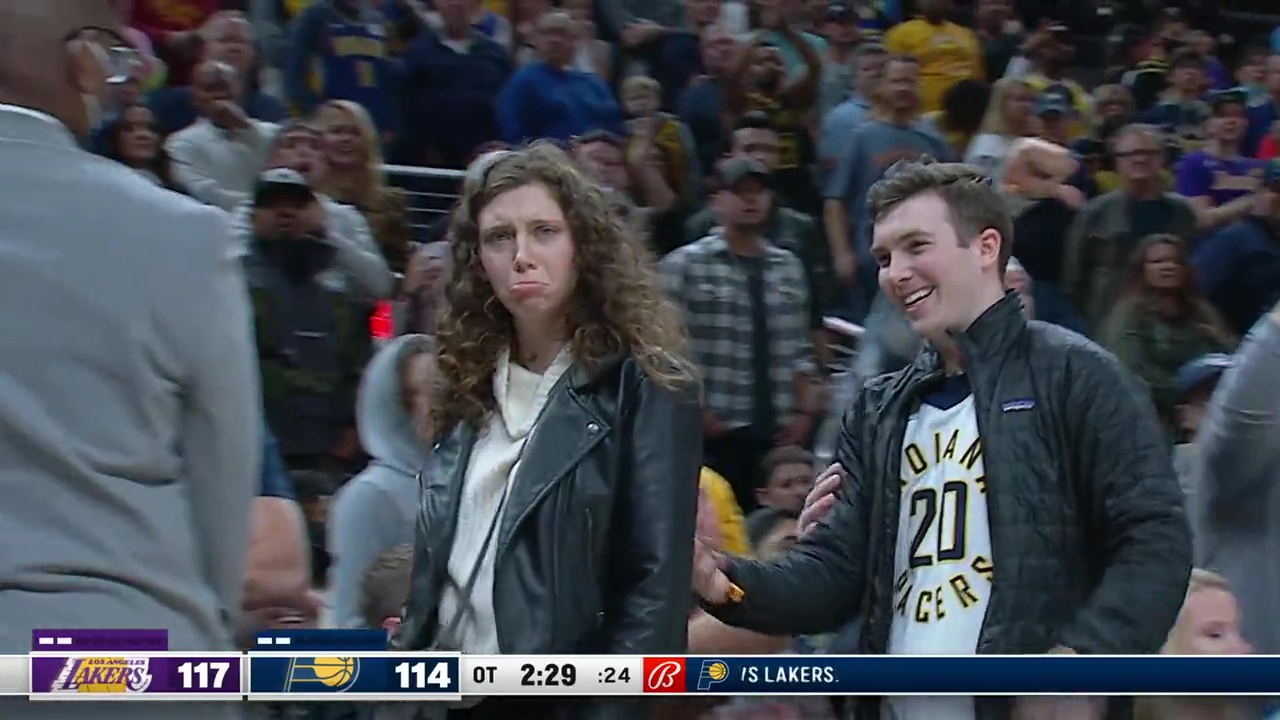 King James pulled the referee over to the two fans who had been heckling him from their courtside seats.

The cheeky duo looked initially bemused, but then made little fuss as they were removed.

One of them poked out her bottom lip and feigned tears while looking at the camera as they were escorted from their seats, as the other just laughed.

Pacers fans booed LeBron as the man and woman were walked out of the arena by officials.

Lebron claims that the two hecklers had gone a step too far.

Speaking to reporters after the 126-116 overtime win for the Lakers, James said: “When obscene gestures and language come into it, (it) can’t be tolerated.

“There’s a difference from cheering for your team and not wanting the other team to win and things I would never say to a fan and they shouldn’t say to me.”

The four-time NBA MVP did not reveal what the fans said to him, but he was visibly furious as he gestured towards them, saying: “This one right f***ing here!”

It's not the first time James has had fans kicked out of a game either, after he had four unruly Hawks supporters removed following a courtside altercation in Atlanta.

The abuse did not appear to hinder James' performance having gone on to finish with 39 points against the Pacers, having turned up the heat in overtime.

He rolled back the years with a vintage display, ending with five rebounds, six assists and five three-pointers to help seal the victory for the Lakers.

LeBron also took it up a gear after he was abused by Hawks fans earlier this year, racking up 21 points, 7 rebounds and 9 assists.

And King James celebrated in typically cool fashion as he sealed the win with a clutch three pointer in overtime, sending Lakers fans into hysteria.