JADE JONES heads to Tokyo this summer with the support of an entire pub – plus one special inflatable DOLL. 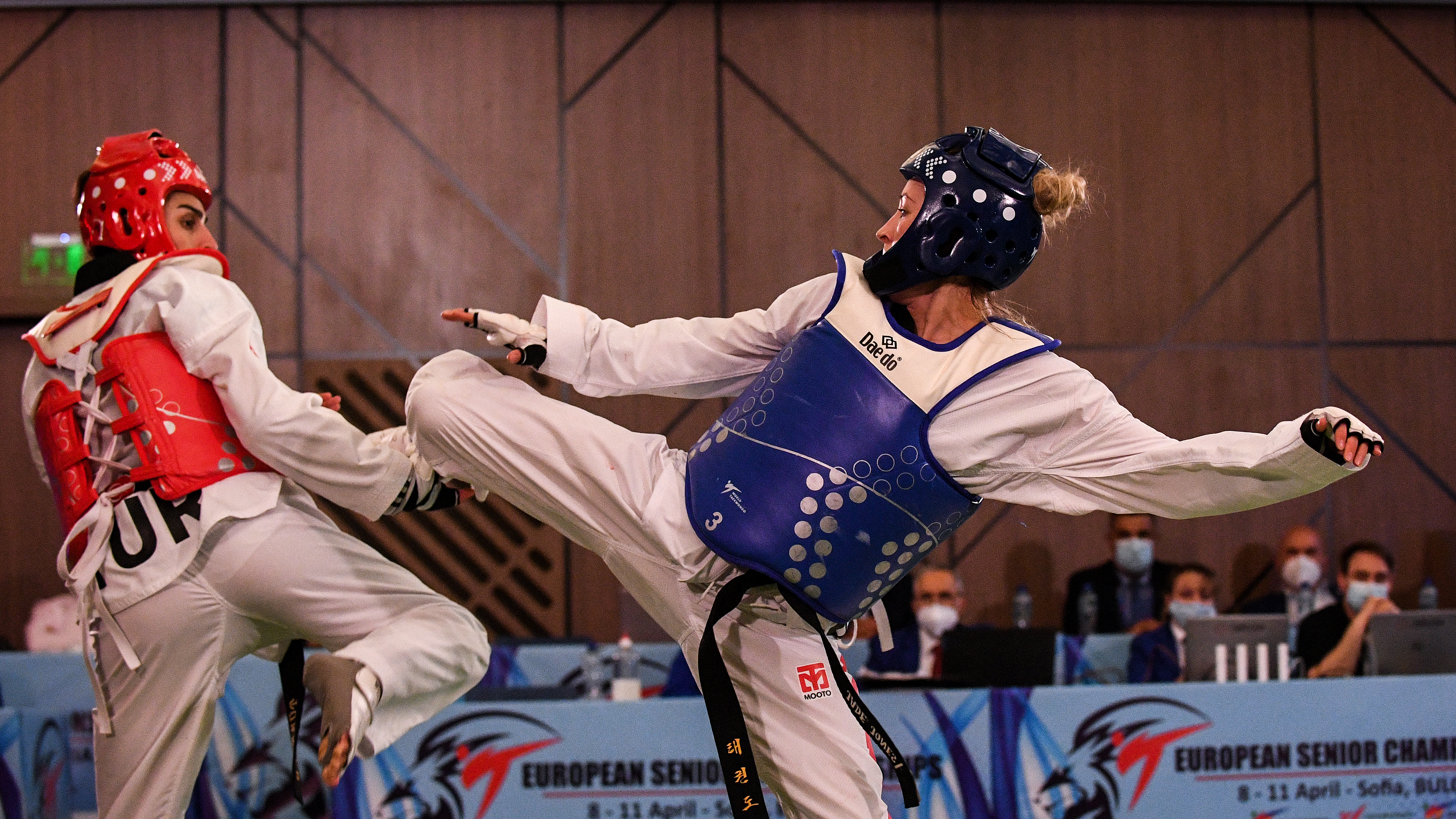 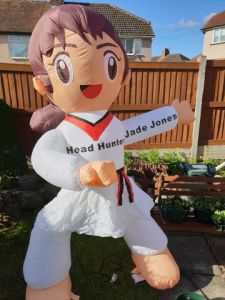 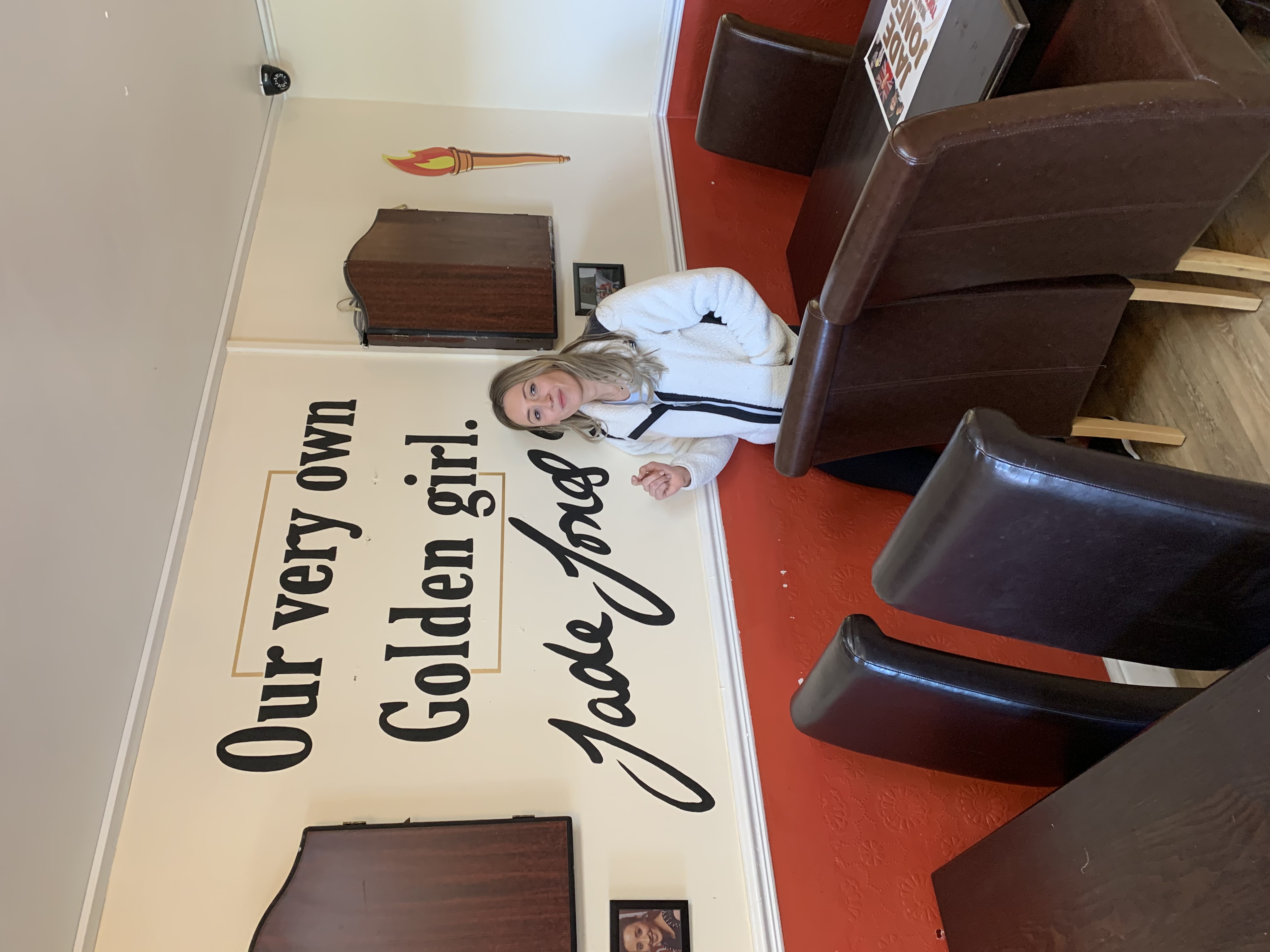 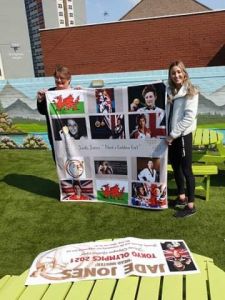 Drinkers at The George & Dragon in Jones' hometown of Flint will be getting up early despite the eight-hour time difference to watch her exploits in Japan.

In the beer garden will be a 6ft 4in inflatable figure of Jones in full fighting kit, while inside there are images of her career plastered over the walls.

Jones, 28, laughed: "Flint is a small area. Whenever I go to the Olympics, everyone's house is filled with flags and pictures.

"I've seen photos of this massive Jade doll that will go outside the pub and it looks really cool. It's coming in the next few weeks.

"It looks exactly like me. It has my hair, it's wearing a suit and doing the kick. 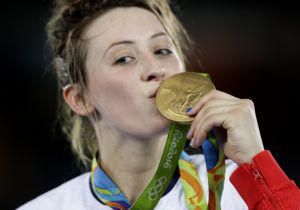 "People are going to watch the action on the big screens. It will be a bit intense, to be fair.

"The pub is literally opposite the gold postbox from London 2012. In the past, I've seen the videos of people filling the pubs to watch the taekwondo.

"I train in Manchester but when I'm home there are always people stopping me in the street, saying 'Good luck. You can do it'.

"They even give me little good luck presents. It's amazing to have that support."

The doll and celebrations are all the brainchild of landlady Lynda Leigh, who has been a close friend of Jones' mum Jayne for decades.

Leigh, owner of the George & Dragon since 2016, is praying the thing does not get blown away by a gust of wind.

We'll put it on the balcony of the beer garden but it will be tied to some railings to make sure it doesn't fly off in the wind!

She said: "We've ordered a huge inflatable of Jade from China.

"We'll put it on the balcony of the beer garden but it will be tied to some railings to make sure it doesn't fly off in the wind.

"I'll need to apply for a new licence to show the Olympics live given the time difference.

"But everyone here wants to show their support. She is an inspiration to all the kids in the area.

"We're all so proud of Jade and what she has achieved since 2010.

"I've known her since she was a baby. My son grew up with Jade and her mum drinks in our pub.

"We've photos of Jade throughout the pub and also put her face on quilts.

"We were upset when it appeared the Olympics could be cancelled due to Covid but we cannot wait to see Jade go for a hat-trick this summer."

Jade Jones has partnered with leading supplement brand Bioglan to launch the Bioglan Pit Stops. To receive a free supplement from the extensive Bioglan range, tailored to your needs, visit bioglan.co.uk/bioglan-pitstop

Jake Paul will 'wish he was still a Disney kid star', says ex-UFC star Ben Askren as he predicts round 7 win TKO

FA Cup: The inside story of Wigan’s win over Manchester City in the 2013 final

Championship, League One and League Two fixtures for 2020-21 season in FULL as Watford face Middlesbrough on opening day