LIVERPOOL'S stunning win against Barcelona has been mocked – by Championship side West Brom.

Divock Origi and Georgino Wijnaldum scored twice apiece as the Reds secured a stunning 4-0 victory against the Spanish champs. 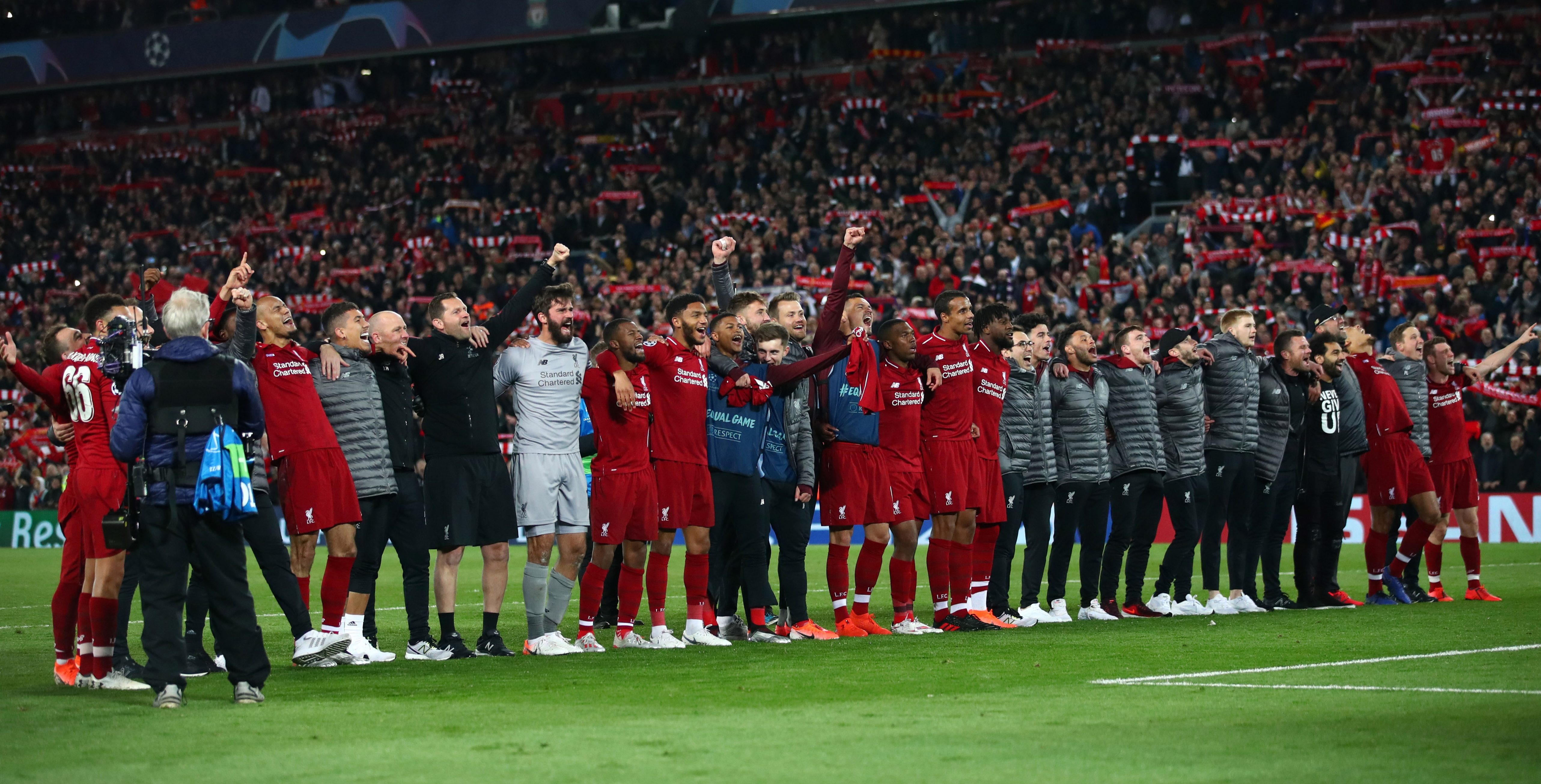 It means they will face either Tottenham or Ajax in the Champions League final.

And while the footballing world was left stunned by the miraculous comeback, the Baggies decided to have a bit of fun.

After the whistle blew at Anfield, the players and management celebrated wildly in front of the Kop.

And it reminded West Brom of the time when the sides drew 2-2 in Merseyside in 2015.

The Midlanders tweeted: "We haven't seen Anfield scenes like that since this day back in 2015."

They then shared a photo of Klopp with his players from that game celebrating a point.

Klopp was renowned for his extravagant celebration at the end of games from his time managing Borusssia Dortmund in Germany.

But West Brom added to their tweet, passing their congratulations onto Liverpool.

They added: "In all seriousness though, @LFC, what an incredible comeback!

Back in December 2015, incredibly it was Origi who was the hero that day too as his 95th-minute striker rescued a point for Liverpool.

Jordan Henderson had given the Reds the lead, before Craig Dawson and Jonas Olsson put the Baggies into a shock lead.

But Belgian striker Origi had the final word as he fired home the injury-time equaliser.

Klopp then instructed his players to line up before the Kop and salute the fans.

Giants mailbag: The scenario where Jason Garrett is one-and-done