A diving header from the midfield dynamo saw the Villans go top of the table on Saturday following a thrilling 1-1 draw. 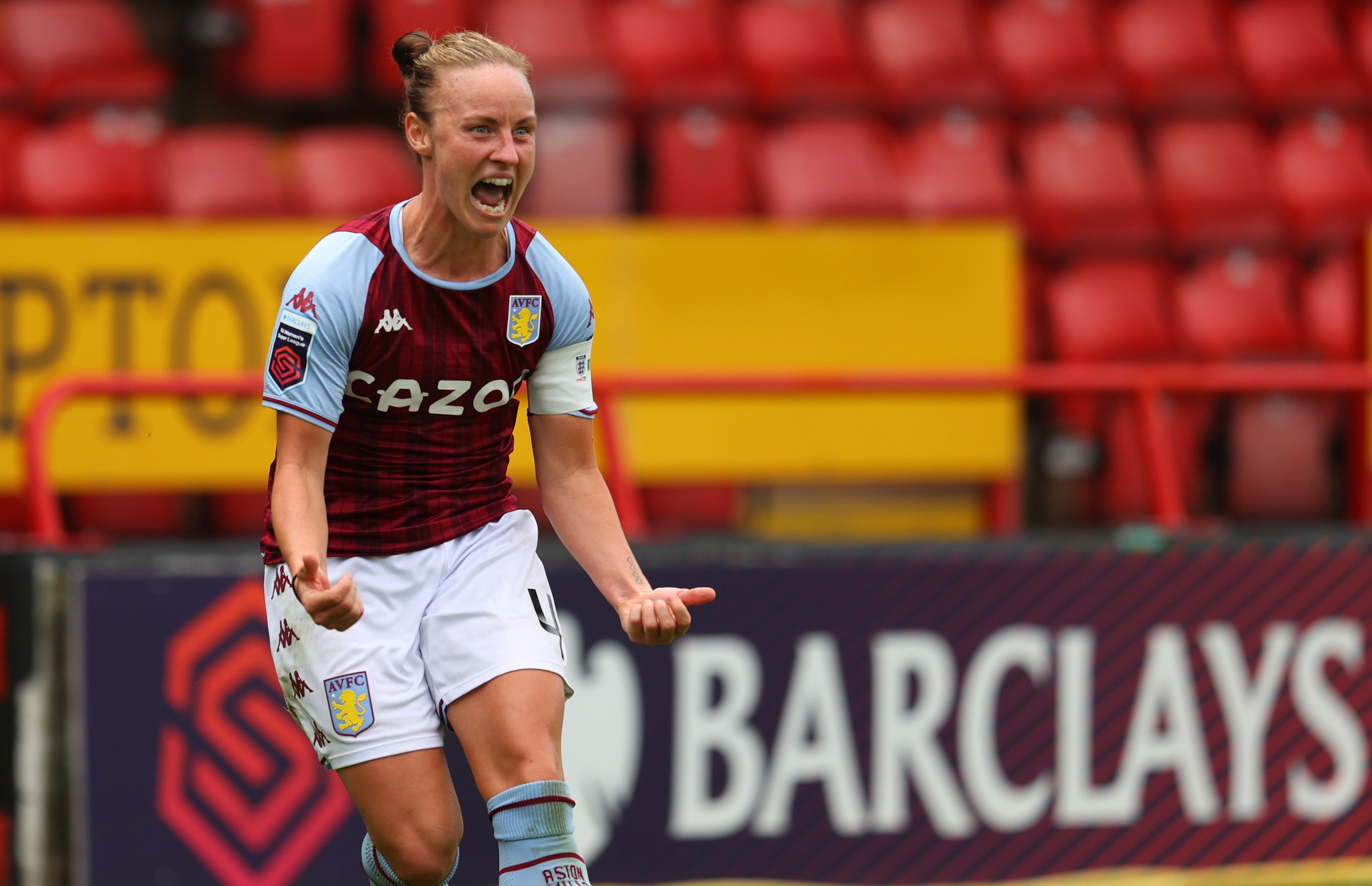 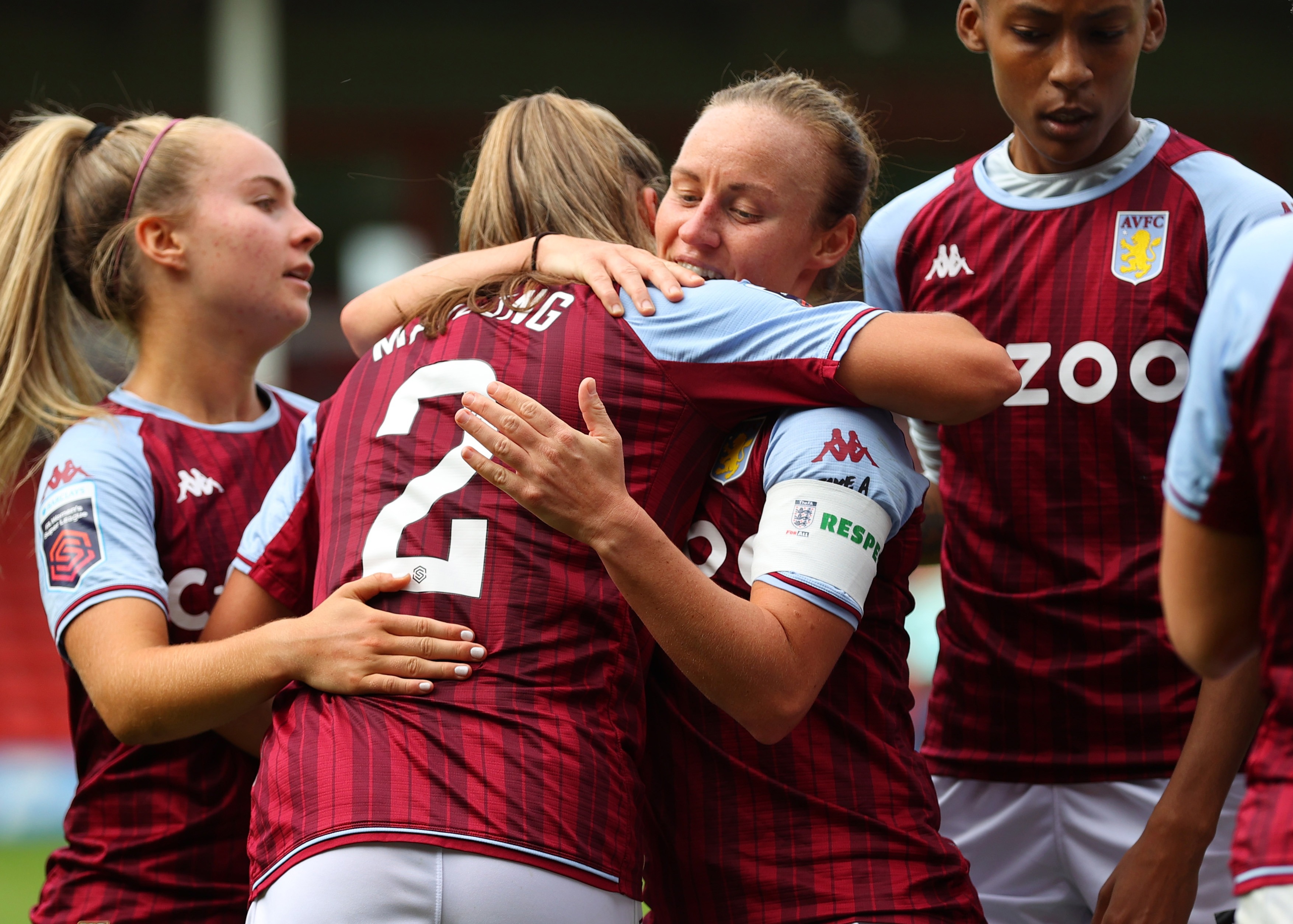 The result leaves Olli Harder still chasing his second win in the WSL since his appointment as Hammers coach in December.

And it saw the visitors remain unbeaten ahead of the international break and their late September duel with Brighton.

Villa boss Carla Ward said: “It's not just about the point. It's ultimately stopping West and getting three points.

“If anyone said to us after two games you'd get four points, we'd take it.

“I think that for the first few minutes they absolutely dominated us. After that, I felt we had more chances. If we had lost the game, I would have been really disappointed.”

The clash on the Irons’ lavish new pitch was the first attended by Hammers fans this term.

And the hosts began brightly with Dagny Brynjarsdottir teeing up Adriana Leon who saw her dragged shot saved comfortably by Hannah Hampton in the fifth minute.

They found themselves ahead moments later with livewire Leon netting West Ham's opener after a mix-up in Villa’s defence.

The Olympic gold medallist pounced on a defensive error to nab a tap-in for the hosts who had gone 600 minutes without a goal in the top-flight.

Leon found herself in possession in Villa’s penalty box after Anita Asante lost the ball.

And the winger, who helped Canada triumph at the Tokyo Olympics, calmly slotted her first goal of the season. 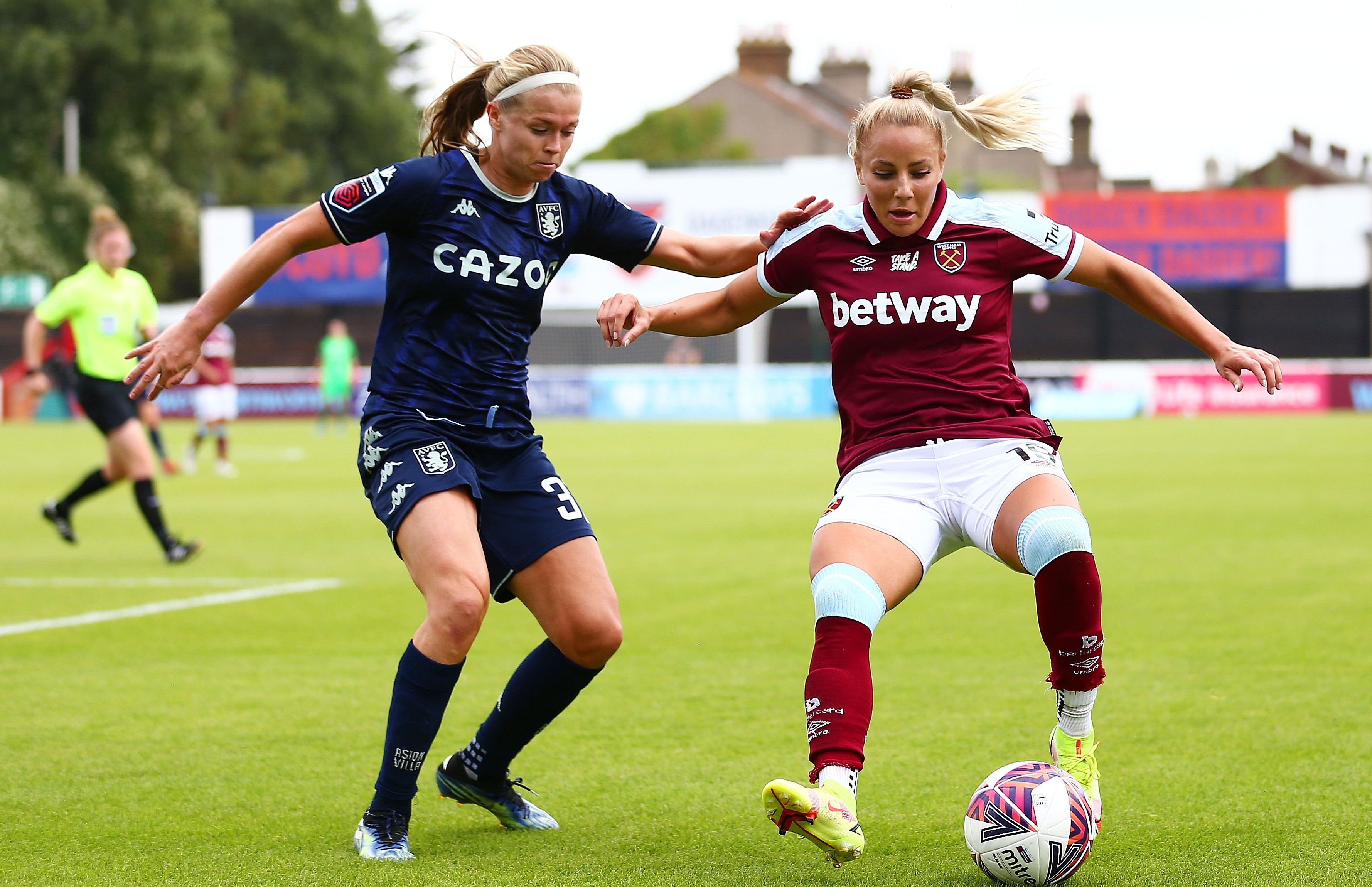 That moment left Villa temporarily unnerved with the Irons looking to press their advantage.

And they had a couple of wonderful scoring opportunities.

These included Leon latching on to a loose back pass from Elisha N’Dow, which Hampton managed to pounce on following her attempted block.

And they had a couple of superb chances in quick succession near the half-hour mark.

The second half saw Villa causing West Ham a few defensive problems with a free-kick into the penalty box which Allen nearly slid into the back of the net before Arnold hoofed the ball away. 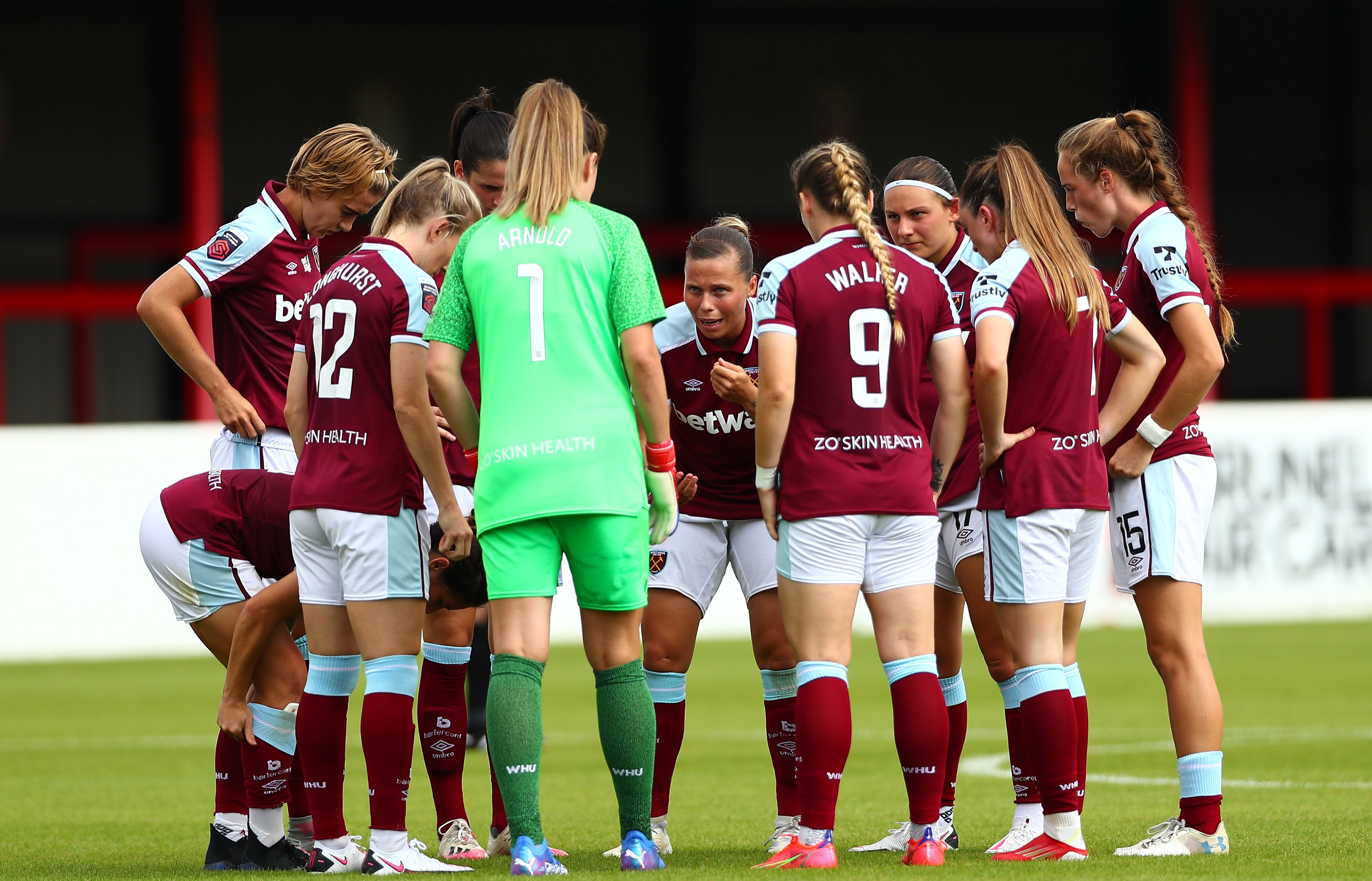 And West Ham had a brilliant chance to go two-up close to the 60th minute with Brynjarsdottir getting her head on the end of fine Leon cross prompting a Hampton save.

The game’s closing stages saw the visitors surge forward in search of an equaliser.

And they eventually got their reward with skipper Allen bundling home a leveller off the back of Sarah Mayling’s free-kick into the box. 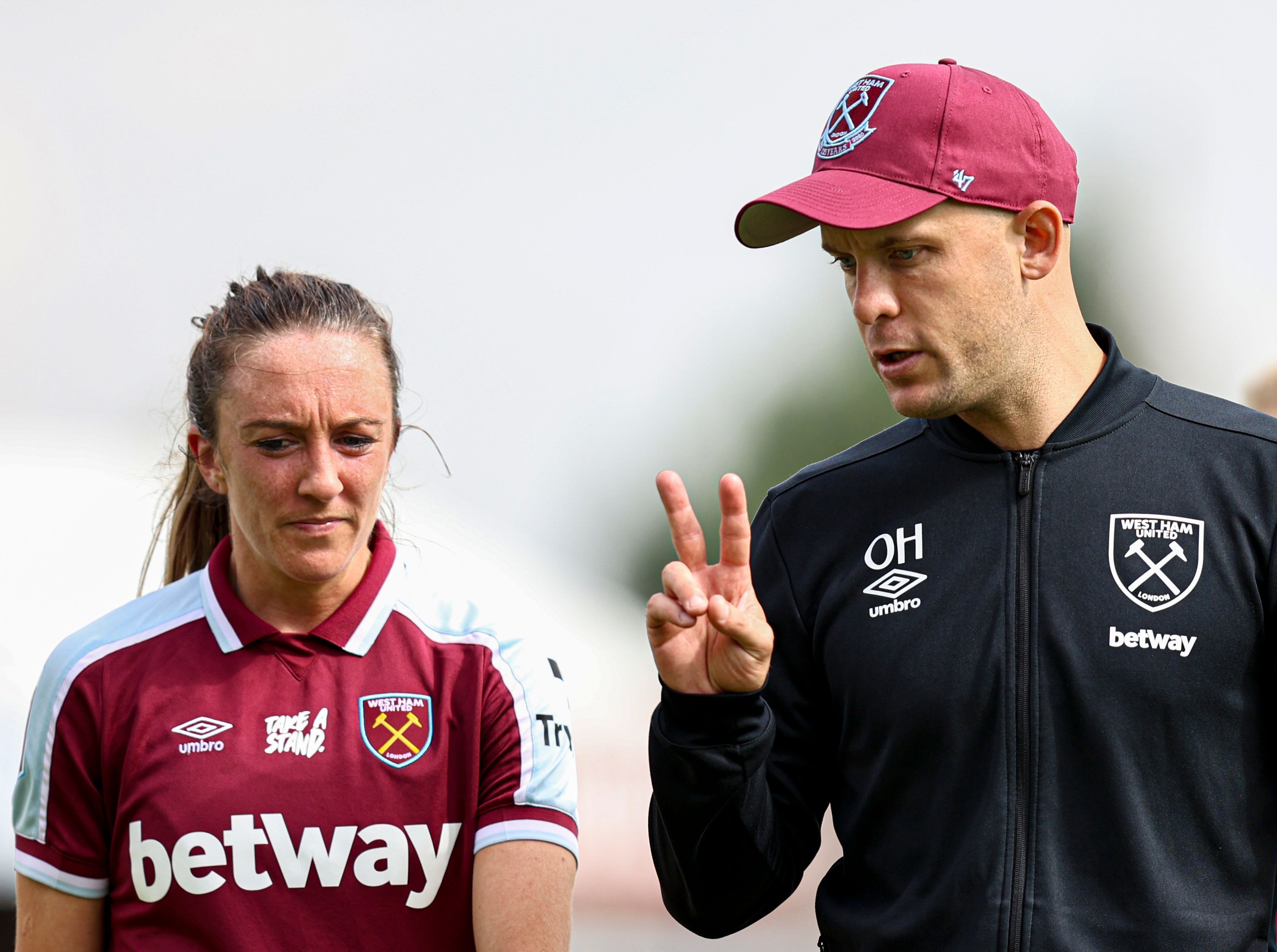 Harder said: “We need to be scoring when we get the big chances, and we need to be defending our box a bit better.

“It's complicated when your opponents have a goalkeeper who can put 60 yards on their kicks, but on the whole, a point isn't good enough.

“We feel like we’ve lost two points rather than gained a point.”