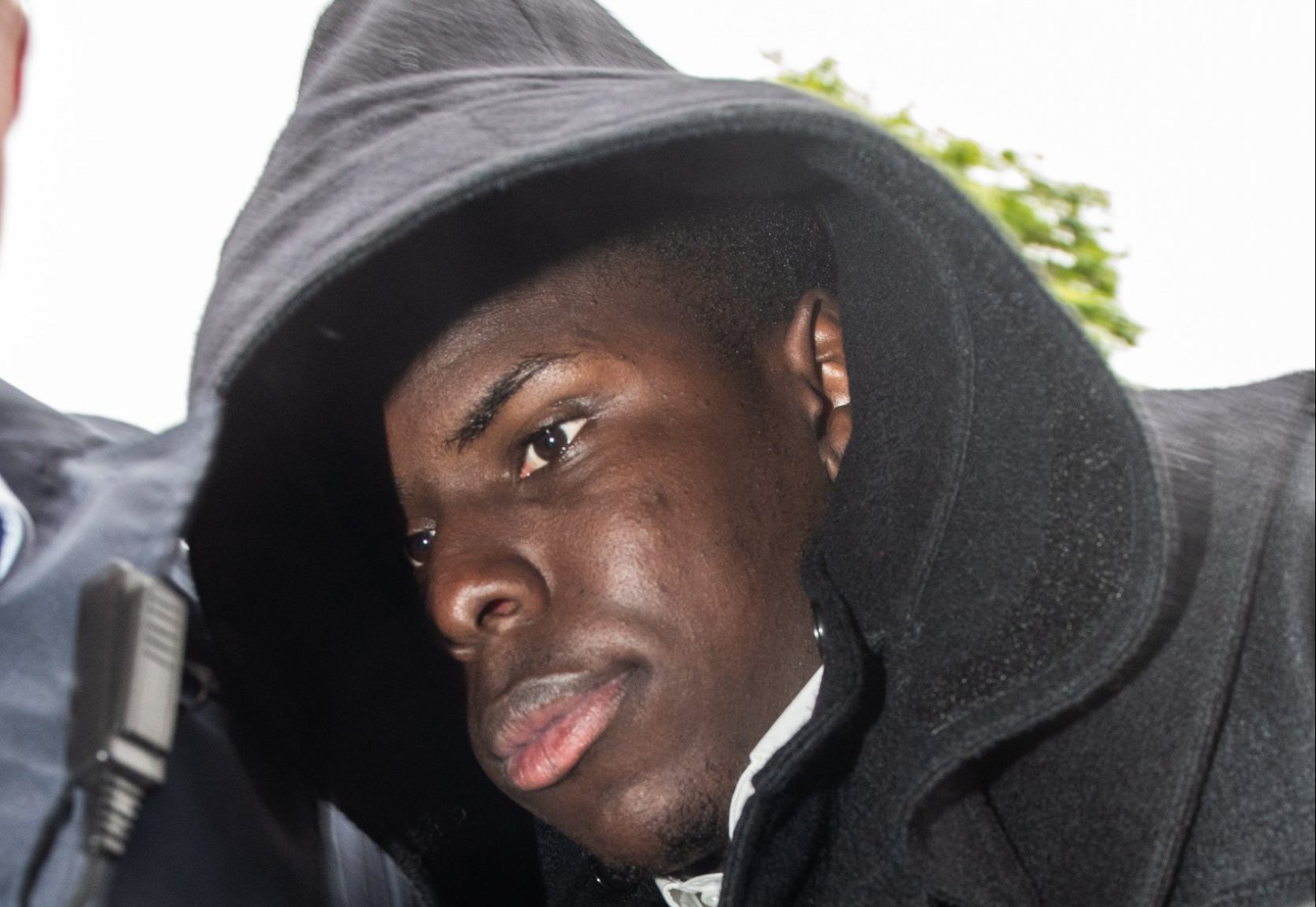 The France international pleaded guilty to two counts under the Animal Welfare Act when he appeared at Thames Magistrates’ Court on Tuesday morning.

Zouma, 27, was forced to apologise after harrowing footage was filmed and shared by his younger brother Yoan, 24, who admitted one offence during the hearing.

Hammers defender Zouma arrived at court in chaotic fashion, accompanied by several security guards who emerged from a vehicle holding umbrellas to form a protective shield around the defendant.

The court was told about disturbing footage of the incident, filmed at Zouma’s home and posted on Snapchat by his brother on February 6.

It was later seen by a woman who had been messaging Yoan, who raised the alarm.

Zouma could be seen volleying the Bengal cat across his kitchen, before throwing a pair of shoes at it and slapping its head.

Following the incident, Zouma was fined £250,000 by his club and his two pet cats were seized by the RSPCA.

Zoma has continued to play for West Ham following the incident and throughout the RSPCA’s investigation.

His brother Yoan was temporarily suspended by Dagenham & Redbridge before being allowed to return to the squad in March.

‘I don’t think the club could take more action or any quicker. West Ham have fined him the maximum wages,’ West Ham manager David Moyes said of the club’s decision.

‘We all accept the actions are terrible and diabolical, but we’ve chosen to play him and we stand by that.

‘We are so disappointed it is completely out of character from Kurt. He is a really good lad we are going to get him some help and trying to give him as much help as we can.

‘Like drink-driving offences, most people have to go to classes and the RSPCA are going to provide him with classes to understand about animals and how to treat them.

‘We will do everything we can to make sure Kurt is looking into it, and getting better, and understanding it.

‘The incident is terrible, we all totally agree with that. There was nobody in this football club who doesn’t agree with that. Sponsorship being taken away is something the club will deal with, not me.’