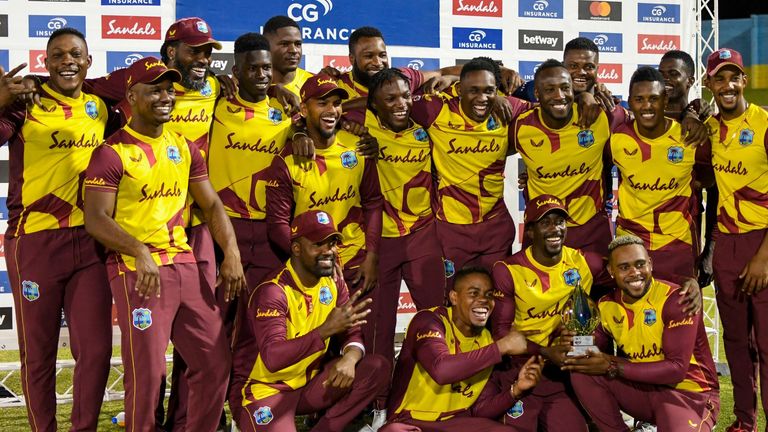 Evin Lewis blasted 79 runs off 34 balls as West Indies defeated Australia by 16 runs in the fifth game in Saint Lucia to win the series 4-1 and send out a warning to rivals ahead of this year’s World Cup.

Lewis’ innings included nine sixes and four fours and lifted the reigning T20 World Cup champions to 199-8 from their 50 overs.

The Trinidadian, 29, also become the fastest batsman to 100 T20 international sixes, achieving the feat in his 42nd game, seven matches faster than fellow West Indian Chris Gayle, who did it in 49.

Australia made a solid start to their chase of 200, despite losing Josh Philippe (0) in the first over, as skipper Aaron Finch (34) and Mitchell Marsh (30) took charge – but the visitors lost their way after the duo departed to finish on 183-9.

Lewis said: “It’s always good to contribute to a win. I’ve been working extremely hard from 2017 to now. This series means a lot to me – when you score runs against these teams you feel very good.”

West Indies had seemed on course for an even bigger total after reaching 168-3 in the 15th but were restricted by some tight bowling from Andrew Tye (3-37) and Adam Zampa (2-30) in the final five overs.

The teams will now face each other in three one-day internationals in Barbados, starting on Tuesday.

Canelo Alvarez’s warning for Jake Paul: ‘He could get killed’ if he continues boxing career