This summer's wave of Millmania is going to have to wait until next week. Or maybe the week after. A merciless Grigor Dimitrov ensured it wasn't going to start in John Millman's hometown of Brisbane.

After a year where he finally stayed healthy, surged to No. 38 in the world and beat Roger Federer at the US Open, Millman had returned home intent on going deep into the lead-up events and hopefully the Australian Open in Melbourne. 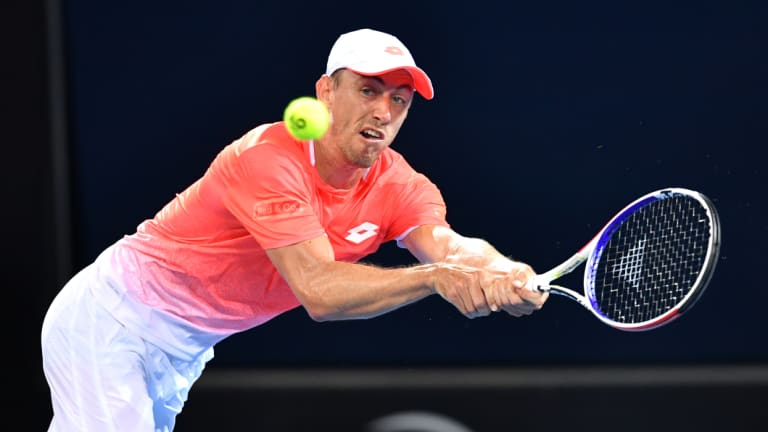 John Millman will be searching for some momentum when he plays the Sydney International next week.Credit:AAP

Instead, after a first round win over Tennys Sandgren, Millman made few inroads against the brilliant Bulgarian sixth seed, losing 6-3, 6-4 on Pat Rafter Arena and heading to Sydney with designs on finding some momentum ahead of the first grand slam of the year.

Millman was a little clunky on Wednesday but Dimitrov has once again arrived in Australia in superb touch. He won this tournament in 2017 and will take a power of beating if he continues to improve throughout the week.

His slice backhand upset Millman's baseline game, both saving points and then setting them up. He found line after line and his forehand was powerful, accurate and damaging. He hit just six aces but his overall performance was a stark reminder of why he has been so highly rated as a talent. 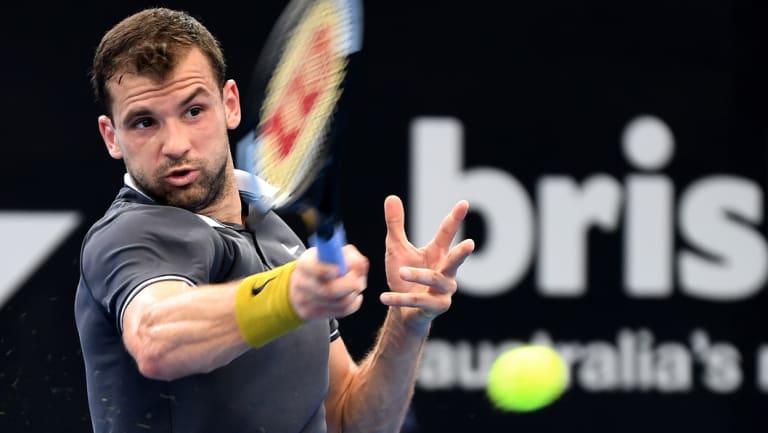 Too good: Grigor Dimitrov was far too strong for John Millman.Credit:AAP

Millman was largely upbeat afterwards, saying he felt his game was in strong shape but Dimitrov was on another level as he powered towards a quarter final with second seed Kei Nishikori.

"I thought he played great tennis. Stingy with his errors, very aggressive, first set especially. I probably found it hard to get on the front foot because he was playing so well, obviously really confident," Millman said. "He just had a day today in my opinion. I don't know what he thinks but yeah, he had a day."

Millman has dragged himself up from nearly retiring to start 2019 as the world No. 38. But that number wasn't quite enough to get a seeding in Brisbane. Nick Kyrgios (35) got the last one and the pair are separated by just 42 rankings points.

Trying to get some tournament seedings, thus avoiding dangermen like Dimitrov so early in tournaments, stands to be one of Millman's goals as he tries to build on a breakthrough year in 2018.

"I'd love that. If you're seeded eight here, you avoid playing Grigor in the second round. The earliest you play him is the quarters. So obviously that's what you want and I think I missed out on a seeding by… I think Nick was eighth seed and I was the ninth on the list," Millman said. "So perhaps a little bit unlucky but you realise pretty quickly that everyone at this level can play really good tennis. You can still come unstuck with a pretty tricky draw even if you're seeded. But obviously that's the idea. That's the goal."

The future of all the Australian Open lead-up tournaments remains cloudy in 2020, with Brisbane to become a WTA tournament only in 2020 while also potentially hosting some matches of the new ATP Cup men's team event.

It means Millman is likely to have played his final Brisbane International, at least in its current format, saying farewell to a tournament that helped launch his inspiring comeback.

Yoenis Cespedes adds to his Mets hype train: ‘I will be ready’