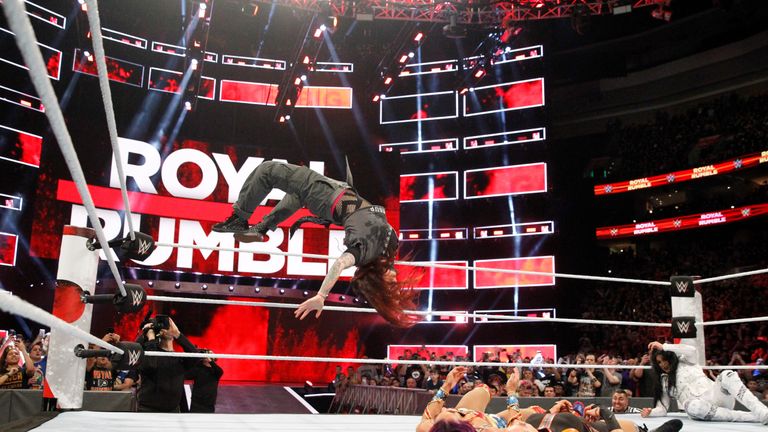 WWE kick off 2019 with a bang when they host the Royal Rumble – and here’s your chance to be there!

As part of our collaboration with Sky VIP one lucky Sky Sports customer could be in with a chance to win two tickets to the event in Phoenix on January 27.

We’ll also cover the costs of the flights for you and a friend, put you up in a hotel and throw in $500 of spending money to make sure you get the most out of the weekend.

Featuring WWE Superstars from Raw and SmackDown competing in the Royal Rumble match for a chance to win their way to a WWE title match at WrestleMania, this year will mark the first time that Royal Rumble has ever taken place in a baseball stadium.

The event will also see the winners of the Mixed Match Challenge make their entries as number 30 in the respective men’s and women’s matches, securing a major advantage in the battle to reach ‘Mania.

Last year Shinsuke Nakamura earned a WrestleMania match against AJ Styles and Asuke took on Charlotte Flair for the SmackDown women’s title after they won their Royal Rumble matches.

It’s all to play for again this year and you could be there to see it all!

To be in with a chance of winning, simply download the My Sky app for iPhone or Android and tell us, in 100 words or less, which WWE Superstar you would like to see win the 2019 Royal Rumble and why.

Entries will then be randomly short listed and judged by a third party adjudicator.