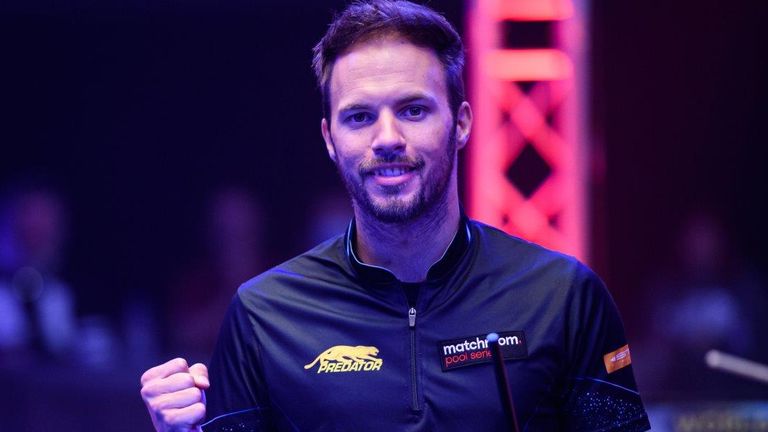 Ouschan came from 5-3 down to defeat Skyler Woodward 11-5 in the evening’s second quarter-final, after Alcaide had beaten Max Lechner 11-4 in his quarter-final.

The two met in the Championship League Pool final earlier this year, when Ouschan took home the title.

How can you stop this man when he producing shots like this?! 🧨

“I didn’t feel that well at the beginning, I was maybe a bit stiff and cold and had to get used to the TV table again because it is a little bit different to the outside table,” said Ouschan. “After the match, I can think that the 8-ball jump shot gave me a great confidence boost.

“I played well in the end but it could have gone the other way that he runs away with the score, but I am glad he didn’t and I am happy to be in the semis. I am playing David, he played a great tournament, so I hope it will be a good match and I will expect that and try my best. I saw his match against Max Lechner and he played a great match, so I will have to try my best.”

David Alcaide is in the #WorldPoolChampionship Semi-Finals! 🤩

El Matador defeats Max Lechner 11-4 to set up a semi-final against either Skyler Woodward or Albin Ouschan 🐂 pic.twitter.com/mmnGnhtrnT

The second semi-final will see Szolnoki take on Al Shaheen.

Szolnoki, the 24-year-old from Hungary, had to sweat out a strong fightback from Francisco Sanchez-Ruiz as the Spaniard recovered from 9-3 down to cut the deficit to 10-9 before the Hungarian finally sealed his place in the last four.

The Hungarian wins 11-5 after being 4-0 down at one stage! A quite ridiculous performance from the youngster 👏 pic.twitter.com/L9Z8H1B4oN

For those on the move, we will have the Snooker & Pool season covered via our website skysports.com/more-sports, our app for mobile devices, or our Twitter account @skysportspool for latest news and reports.