THINGS got too hot to handle for WWE star Randy Orton on Monday Night Raw as he was attacked with a fire ball.

The Viper was due to face WWE champ Drew McIntyre in the main event of the show before the episode was plunged into a dramatic last-minute change. 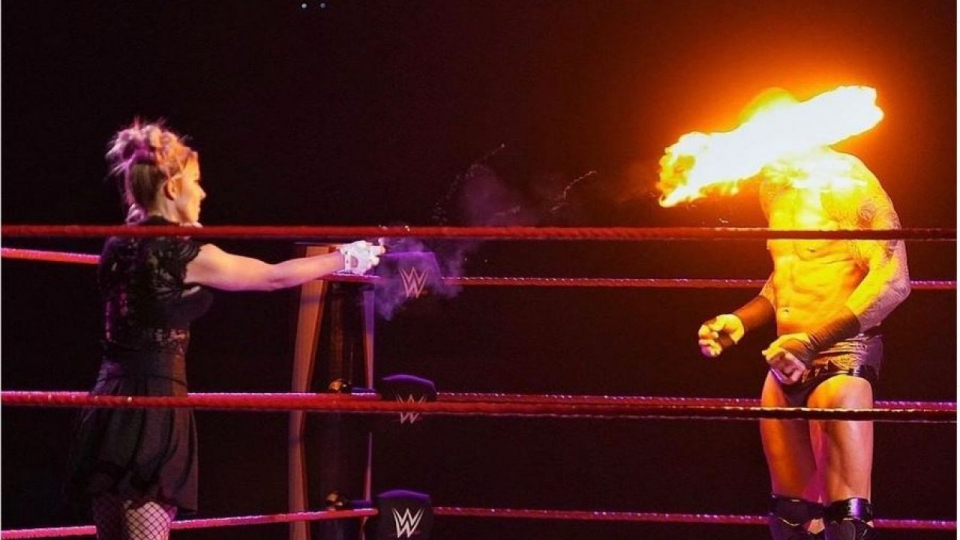 The title holder has tested positive for Covid-19 – forcing him out of a live and in-person appearance last night.

Legend Triple H ended up filling the void, and he battled The Viper at the end of the show in the quickly thrown together bout.

However, the fight between the two former Evolution members came to a dramatic halt when the lights went out.

And when they returned Orton found himself in the ring with Alexa Bliss.

The female star then proceeded to throw a fireball straight into the 14-time world champ’s face.

And that left the veteran writhing in agony as the show went off-the-air.

Her attack was the latest chapter in the dark story between Orton and Bliss’ new found friend ‘The Fiend’ Bray Wyatt.

Wyatt has not been seen since TLC when Orton burned him alive in the ring after winning their Firefly Inferno match.

He then teased he had done the same to Bliss the next night on Raw.

Wyatt has not been seen since TLC, but it appears the rivalry between the two is set to continue for some time.

And they may be on a collision course to settle their differences at the upcoming Royal Rumble on January 31. 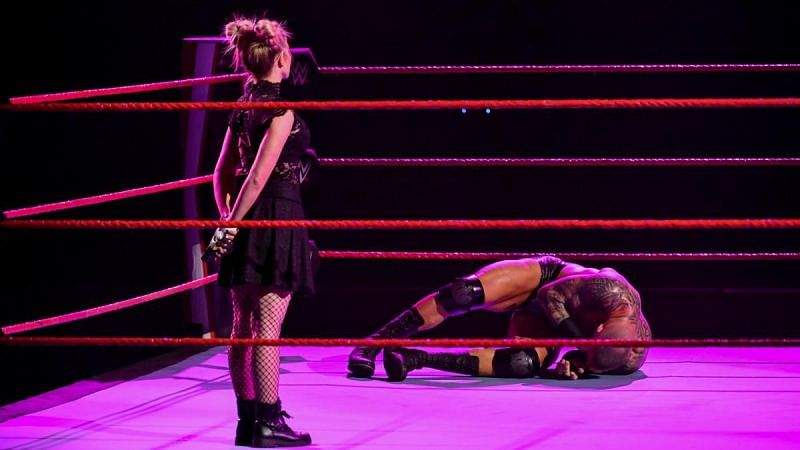