WWE legend Bret ‘Hitman’ Hart has revealed how a touching message from Vince McMahon helped him battle back after suffering a stroke.

The 63-year-old has controversially left WWE in 1997 to join WCW with his last night in the company resulting in the infamous ‘Montreal Screwjob’. 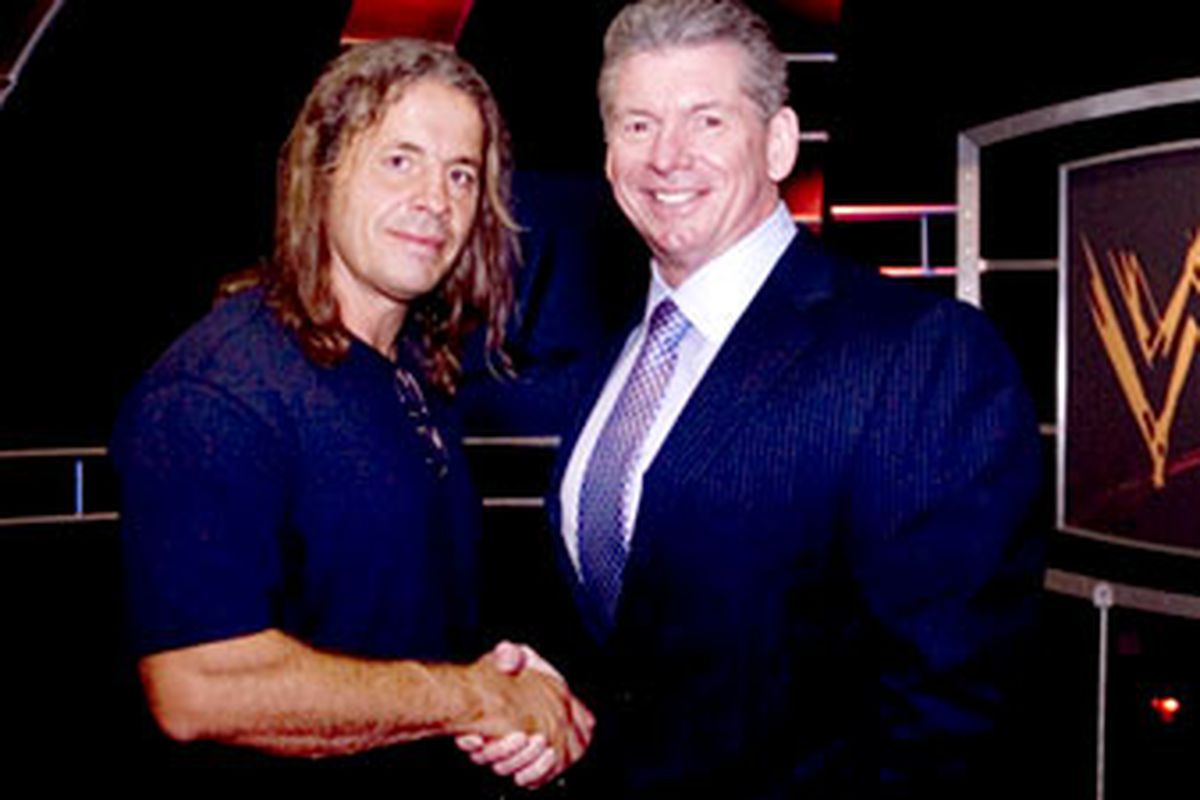 After refusing to lose the WWE title to Shawn Michaels at the event, McMahon emerged at ringside and ordered the bell to ring despite ‘Hitman’ not quitting to crown HBK the champ.

An angry exchange unfolded backstage with the wrestling star even hitting the billionaire before departing for the rival promotion and the two would not speak for several years.

However, after Hart suffered a stroke in 2002, his old boss was one of the first on the phone to him to offer some words of encouragement.

“Maybe it was Day 3 of my stroke and I was in pretty rough shape still.

“I could hardly talk and I couldn’t sit up or anything.

“I was pretty frail, and when you have a stroke, you’re pretty messed up. But he gave me a very heartfelt pep talk.

Hart eventually returned to WWE and even famously beat McMahon in a match at WrestleMania.

He was firstly inducted into WWE’s Hall of Fame as part of the 2006 class.

And he became a two-time inductee when he and late tag-partner Jim Neidhart were honoured last year, a night where a fan tried to attack him.