WWE legend The Rock was featured on his own float during Macy's Thanksgiving Day Parade.

The Hollywood superstar delighted fans with the ultimate throwback as his mega balloon was based off the wrestler's iconic 'Fanny Pack' snap. 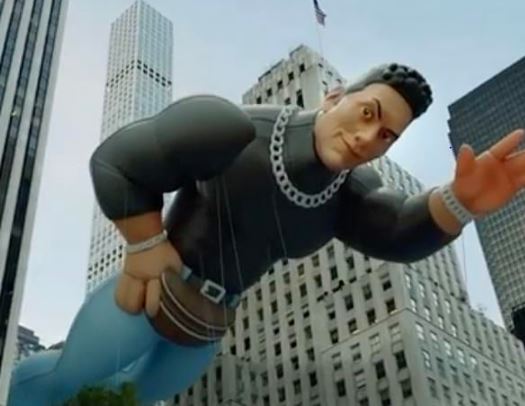 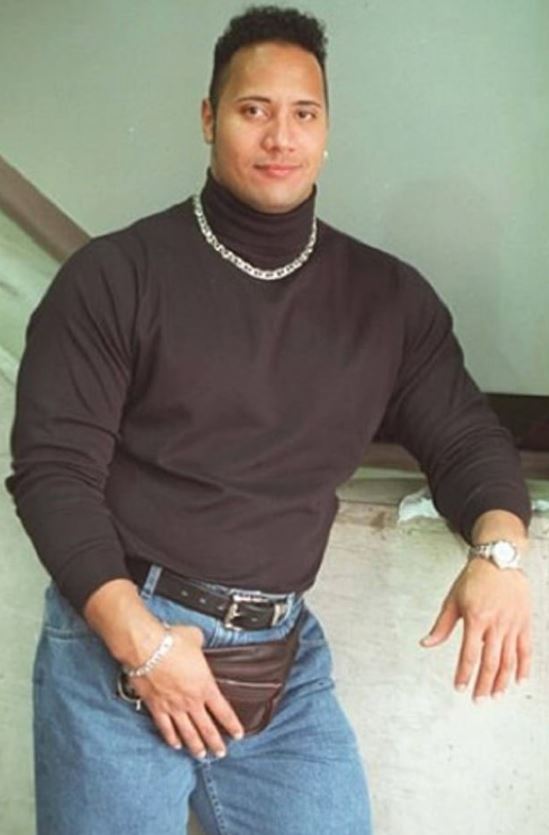 A picture of the 48-year-old resurfaced a few years ago from the 1990s that showed the Rock in a fitted polo neck jumper, silver chain and a bumbag.

Since then, fans have been recreating their own version of the fashion fail for Halloween- complete with the tissue under the arm.

Rock – real name Dwayne Johnson – even joined in with the viral meme by posting an updated pose back in 2017.

NBC have now created a float based off the turtleneck getup during Macy's Thanksgiving Day Parade in New York on Thursday.

The hilarious inflatable was launched to promote the 'Young Rock' comedy series that premieres next year and fans were in hysterics.

One said: "It was going up Jabroni Drive before landing on the SmackDown hotel."

Another tweeted: HAHA imagine seeing that float by your apartment!"

A third added: "That is awesome. 1st a costume, now a balloon – what's next? Fanny Pack Rock on the 100 dollar bill?"

The Rock himself tweeted: "Well I've been lucky enough to do some pretty cool s*** in my life.. but after seeing my @NBCYoungRock FANNY PACK FLOAT in the #MacysThanksgivingParade this might take the cake.

"My plucked raised eyebrow is the stuff dreams (and nightmares) are made of. #fannypack4life"

The highly-anticipated Young Rock series is set to chart the People's Champion's journey from childhood to one of WWE's all-time greats.

Tokyo 2020: How many calories do Olympic athletes burn?