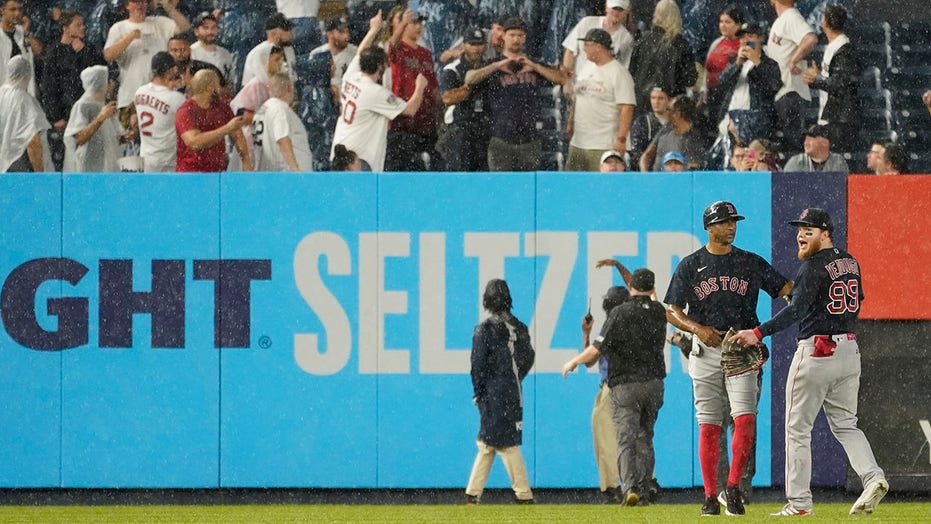 New York Yankees manager Aaron Boone said he hoped the person who threw a ball at Boston Red Sox outfielder Alex Verdugo during their game Friday night was in jail.

After he was hit, Verdugo headed toward the stands and started arguing with New York fans and was quickly pulled away by teammates and some of the umpires, according to the Boston Globe. The game was briefly delayed as Red Sox manager Alex Cora took his players off the field.

“That’s my understanding that someone threw the ball and hit him at point blank from behind. It’s awful, embarrassing, unacceptable. My understanding is that they did catch the guy. Hopefully, he’s in jail right now,” Boone said.

“It’s just a bad situation and if I was Alex Cora I would’ve done the same thing as far as going out and getting his guys off the field and there’s zero place for that in this great game, in this great rivalry. Players should never feel they have to worry about anything like that. I already reach out to Alex Cora just to apologize and to Alex Verdugo. That’s just a terrible, bad, sad situation and sorry about that.”

Verdugo said he tossed a ball to a Red Sox fan in the stands when a Yankees fan took it away and threw it back and hit the outfielder. According to the New York Post, fans chanted for the man to throw the ball back and he did. The fan was ejected.

According to CBS Sports, the fan may face arrest.

Raheem Sterling will NOT sign new £450,000-a-week deal – until Pep Guardiola confirms he is staying at Man City – The Sun