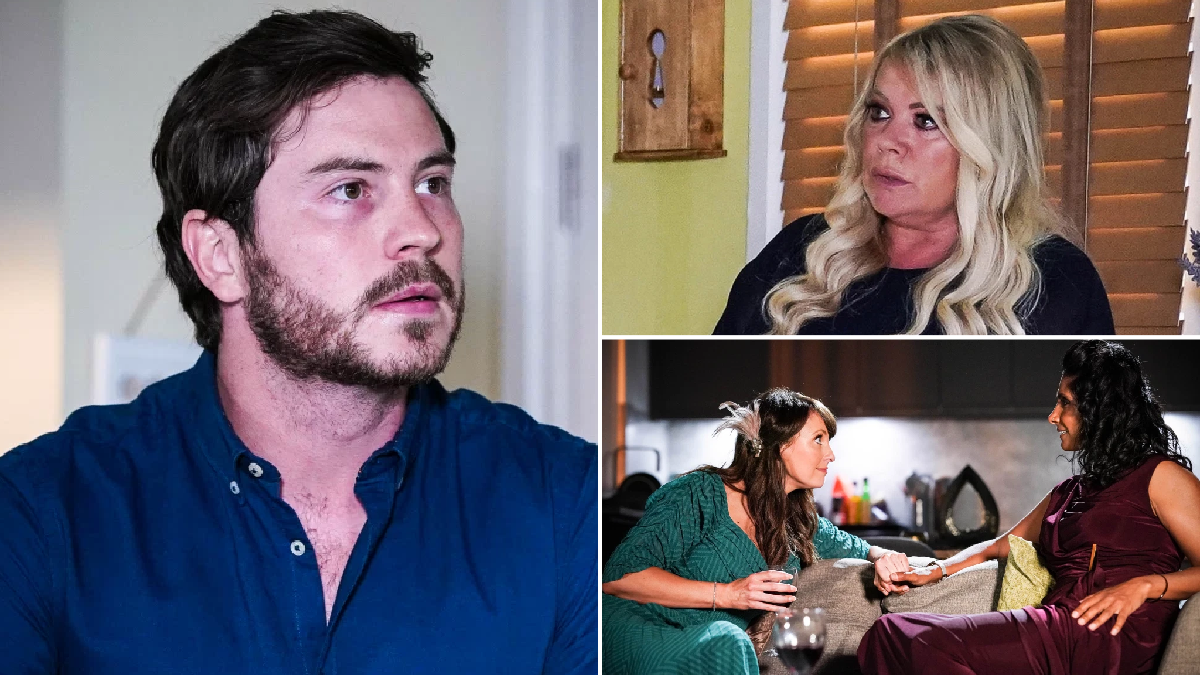 Evil Gray Atkins (Toby-Alexander Smith) receives a shock in upcoming EastEnders scenes when boss Laura stops by to inform him that he has been sacked!

Infuriated by this sudden development, the killer approaches Shirley Carter (Linda Henry), claiming that he saw dead Tina (Luisa Bradshaw-White) on a bus!

Gray’s claims could prove to be the catalyst in Phil Mitchell’s (Steve McFadden) downfall, as Shirley vows to make Phil and Sharon Watts (Letitia Dean) pay for their role in Ian Beale’s (Adam Woodyatt) attack which, as viewers know, is what led to Tina’s decision to leave the Square.

It’s not long before Phil is faced with an angry Shirley, who demands that he hand himself in to the police. She pleads with Sharon to do the same, as does Linda Carter (Kellie Bright).

Sharon evidently wants to go to the police, and she admits that she’s feeling guilty to Phil. Phil, however, reminds her that she could face time in prison, before warning her not to do anything stupid.

But it could be too late, as he’s later unable to get a hold of Sharon!

It’s all kicking off in Albert Square next week, and if you’d like a little preview of what’s coming up, then check out our first look gallery below.

EastEnders airs these scenes w/c Monday August 31 at 8:05pm on BBC One.

Meet the Cast of RuPaul's Drag Race All Stars Season 5