Faux spontaneity is hard to pull off, especially when you’re overtly selling something. Such is the case with ABC’s 43-minute special, “A Night in the Academy Museum,” where a cadre of A-list actors attempt to recreate “That’s Entertainment” under the conceit of “sneaking into” the now open Academy Museum of Motion Pictures, purportedly to show audiences all they need to know in order to book their next vacation and visit. But what ends up happening over the Film Academy’s hour-long commercial (supported by other commercials) is that the flaws of a museum (and the company that crafted it) still surface.

Laura Dern introduces the special, walking into the empty David Geffen Theater in order to entice audiences to not only come to the Museum, but see a movie in general. This has been a common theme in a few theater-focused ads: Insert an A-list star in an empty theater to make us believe that even though this actor certainly doesn’t want to be crowded next to an unmasked stranger, everyone else sure does! Beyond safety concerns, Dern discusses how this theater, at the museum, is the ultimate repository for film lovers. You don’t truly love movies unless you’re seeing them there, which comes across as an odd sentiment if you live in Los Angeles and have visited any of the numerous repertory theaters that kept movies alive during a pandemic.

Throughout the entirety of “A Night in the Academy Museum” there’s an emphasis on not just who created the industry, but who is shaping its future. Apparently, it’s a relatively thin list. The names are featured front and center in every wing, from the aforementioned David Geffen Theater to the Spielberg Family Gallery. “The Wizard of Oz” and “Citizen Kane” get extensive focus (considering the special’s tight runtime), from mentioning the ruby slippers on display to the last existing Rosebud sled. But anything that dates prior to 1978 is few and far between. Instead, it almost feels like movies didn’t exist before the likes of Spielberg took them to blockbuster heights. One moment shows various Oscar speeches, and the majority of selected clips took place within the last 40 years.

But when it comes to diversity, that’s when the special reaches deep into history — as if the Academy has always been on the forefront of inclusion efforts. Aldis Hodge discusses an exhibition on Black film director Oscar Micheaux (who was never recognized by the Academy) while historian Jacqueline Stewart breaks down Hattie McDaniel’s significance to film history as the first Black Oscar nominee and winner. That these moments make the special isn’t surprising; this is an advertisement courting modern moviegoers, so it needs to be inclusive. But dropping these great names without any significant discussion of the Academy’s complicity in their marginalized status (or its more recent history with #OscarsSoWhite) feels disingenuous to movie buffs who know better. 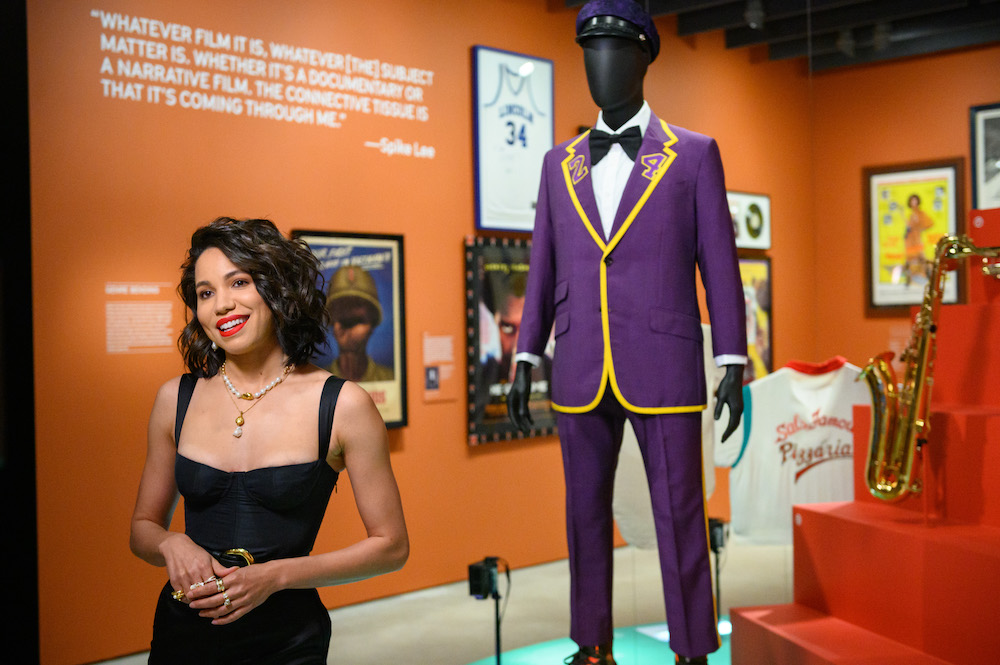 Jurnee Smollett at “A Night in the Academy Museum”

Footage of the 1939 Oscars ceremony is spliced in with Stewart discussing McDaniel sitting in the back, but that’s not what appears onscreen. Later, in a section devoted to Pedro Almodóvar, white director Kimberly Peirce is left to talk about the Spanish film auteur — and mispronounces his name in the process. Outside of these weird attempts at social relevance are moments that truly sing, such as Spike Lee discussing his exhibition in the Museum and hoping that school children will see the full exhibition and be inspired to take up filmmaking.

Yet if the goal is to show the Academy’s — and by extension, cinema’s — relevance, there’s little cohesive element depicted here. Almodóvar, Lee, and Miyazaki are discussed, but more so in the sense that they have full-scale exhibitions. Their status as raconteurs and outliers in an industry that took a long time to accept their brilliance isn’t mentioned, presenting a rose-colored view of filmmaking. Other moments just feel really weird, from Marlee Matlin beautifully discussing dialogue via sign language only to shout out “Cher” upon seeing the singer, to Diane Warren showing off the Academy’s interactive Oscar’s experience because… she’s never won one?

“A Night in the Academy Museum” continues to show the messy, at times incoherent, attempts by the Academy to justify the museum’s existence when it doesn’t need to. Instead, it promotes a limited, non-controversial emphasis on film history. It doesn’t get in front of its fractious history so much as stand next to it and hope you don’t notice. But, hey, what really matters is that ABC’s special inspires someone… to buy a $500 Lego Oscar.