A Place in the Sun: Laura tells buyers to 'be realistic'

Laura, 39, was on hand to help Selena and her sister find ‘A Place in the Sun’ in the Spanish region of Mijas Costa. The mother-of-three wanted to find a home she and her three boys could use as a holiday property and rent out when they weren’t there. With the guest having a maximum budget of £115,000, the presenter of the Channel 4 programme voiced caution that the home hunter would have to make compromises to get everything she wanted. However, when the gust seemed unwilling to budge, the host snapped.

Selena explained to Laura she ideally wanted two bedrooms in the property and somewhere located close to the beach.

As a result, the guest wanted to have views of the sea but the presenter shared her worries before getting the search underway.

Property number one was on the market for £92,000 and was situated just 10 minutes away from the town centre.

With its own private swimming pool, the establishment only contained one bedroom but Selena said she would be willing to buy a sofa bed to put in the living area.

The guest also loved the space and brightness of the interior but unfortunately, it was too small and the noise from the motorway was a downside. 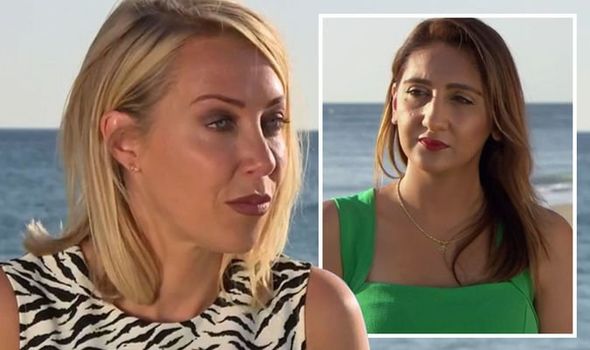 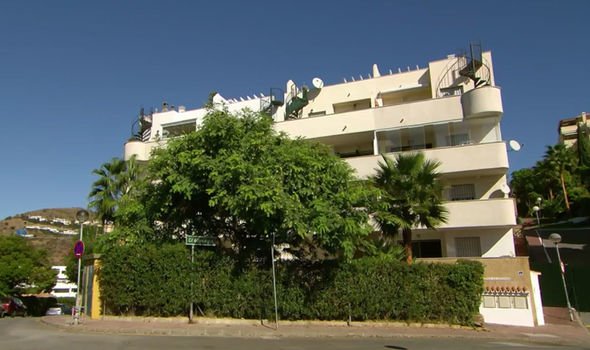 However, Selena’s sister told her to keep it on the back-burner as the profit it would make from being rented out could be a huge advantage.

Laura swiftly moved the search along and it wasn’t long before the trio were stood outside property number two.

Priced at just under £108,000, with room to bring it down even further, the property contained a swimming pool and a car park Selena could use.

It was located a 15-minute walk away from the beach and boasted a modern look on the inside, which the guest really appreciated.

The living area also opened up onto a terrace, with views of the scenery but it was at this moment the guest reiterated her demands for a sea view. 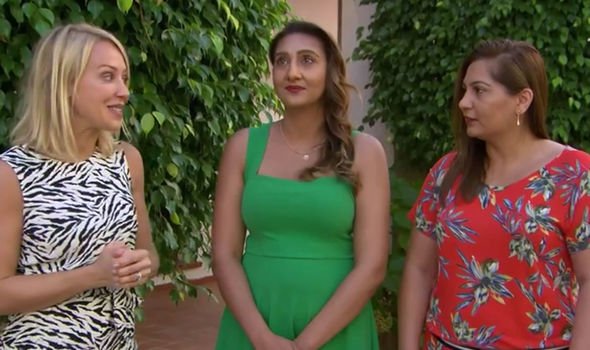 I think you do need to be realistic

Viewing the property and stepping onto the terrace, Laura said: “You can just see a smidge of the sea there.”

There were trees in the way, making it harder to see the ocean but Selena’s sister agreed the view was “amazing”.

“I do really like the scenery and everything and the buildings,” the guest added before bringing up her demands.

The host snapped as she replied: “I think you do need to be realistic about your budget and the view is beautiful, but you want a sea view.” 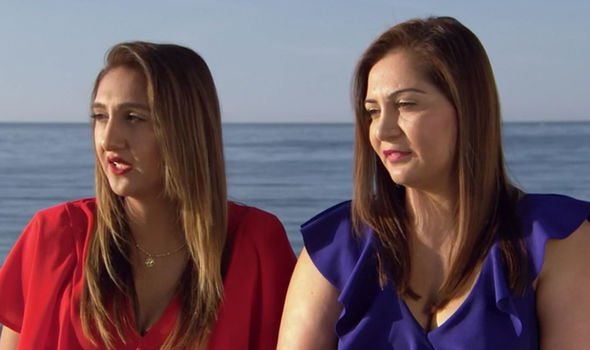 Selena clarified property two was a contender but it wasn’t long before Laura was moving on to viewing number three.

The guest had a great vibe from the outside as the swimming pool and local amenities were on the doorstep.

With two bedrooms and two bathrooms, it seemed this was what the guest was looking for from her dream home.

On the market for £114,000, the establishment was at the top of Selena’s budget but before even stepping inside, the home hunter’s sister said her mind was still on property number two.

Unfortunately, the scenery put her off as instead of looking out to scenic views, she would have been looking at her neighbours.

Moving on to property four, the presenter finally found the guest a home with a sea view and two bedrooms.

On the market for £95,500, it was within the guest’s budget and Selena said she thought it was a “wonderful” contender.

However, she didn’t like the outside look of the establishment and therefore, she told the property expert she was ruling it out.

Property number five was the last viewing of the programme and it was on the market for a price of £111,400.

Unfortunately, although it had two bedrooms, the guest could not get her mind off of property number two.

Therefore, Laura told her to go away and think about everything she had seen and to come back to her the next day with an answer.

Selena explained property number two was the one for her but told the presenter she wasn’t going to be putting an offer in.

This was because she was desperate for a sea view and thought she needed to up her budget to be able to get this.

Laura was over the moon the home hunter had come to such a realisation and wished her all the luck in the world for the future.

A Place in the Sun airs weekdays at 4pm on Channel 4.

Spoilers: Tracy struggles to cope with Frankie in Emmerdale – can anyone help?