GMB: Adil Ray asks Gazza about his time in Italy

Following his stint on the Italian version of I’m A Celebrity…Get Me Out of Here!, Paul Gascoigne joined Susanna Reid and Adil Ray on Good Morning Britain today to discuss his time battling the wilderness on the entertainment show. Gazza had become hugely popular with viewers in Italy thanks to his hilarious hi-jinx on-screen and his ability to speak with fellow contestants in fluent Italian. However, ITV viewers weren’t best pleased with ITV host Adil’s comments when asking about his language skills.

Paul has been a popular figure in Italy ever since his playing days, enjoying three years playing for Lazio in the early nineties.

After his playing career, however, Gazza has been open about his personal struggles with alcoholism.

He even sat down with former GMB host Piers Morgan on his Life Stories series back in 2013 where he spoke candidly about his battle with the substance and rehabilitation in fighting his addiction during his adult life.

But the way Adil referenced Paul’s history with alcohol on Wednesday’s GMB has since been branded “rude” and “disgusting”. 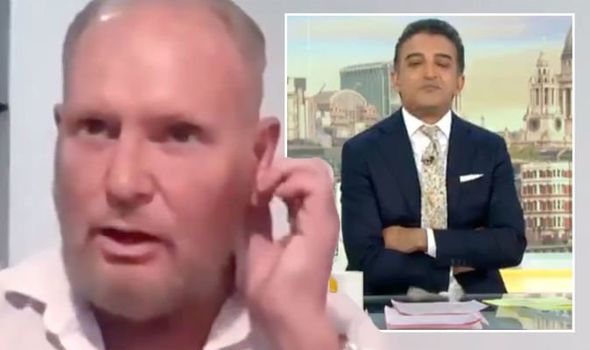 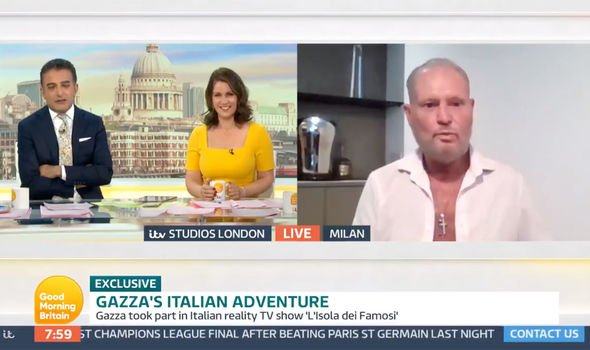 The comments came after Paul had introduced himself to the GMB hosts in Italian.

“Gazza, it’s amazing,” Adil then jumped in. “You spent how many years? You were at Lazio three years, I’m guessing that’s where you picked it up.

“And you’ve held onto it because that was quite some time ago as well, and, you know, you’ve had a few tipples since then as well.

“So to keep that in you is really impressive,” Adil concluded. 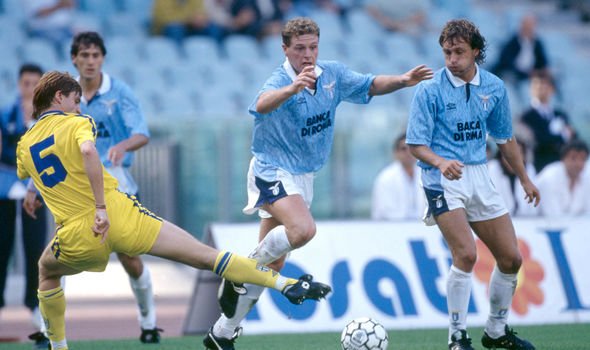 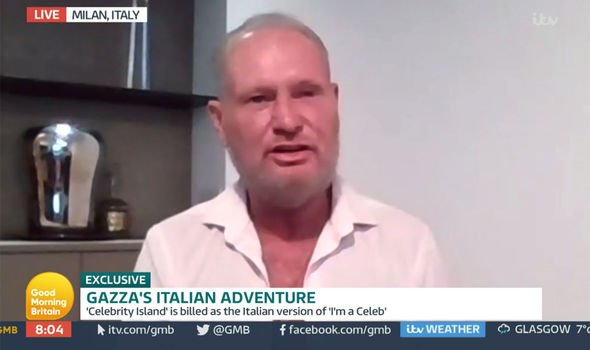 Paul appeared to brush off the comments as he revealed he only knew “a few football words” during his playing days but has gone on to hone his Italian language skills since.

But while Paul may not have dwelled on Adil’s comments, a number of viewers at home were quick to voice their frustrations.

“Really @GMB saying to Gazza (a recovering alcoholic) you’ve had a few tipples since then… poor,” one fan vented.

A second was similarly outraged by Adil’s comments: “Show some respect #gmb had some tipples…? T****r.”

“Does Adil really think that appropriate or funny to joke about drinking to an alcoholic? Absolutely disgusting. #GMB,” added a third.

While a fourth tweeted: “@GMB Adil Ray is a disgrace for insulting Gazza ‘you had a few tipples how do you remember’ absolutely disgusting how dare he?”

And a fifth echoed: “@GMB WHAT THE HELL! Why did @AdilRay think it was appropriate, necessary or even relevant to refer to a recovering alcoholic having a ‘Few Tipples’ having an effect on Gaza’s ability to speak Italian?”

“@GMB @AdilRay saying to Gazza that ‘he’s had a few tipples since then’ is not cool to someone who is an addict and trying to recover,” a sixth fumed.

While the comments didn’t derail the interview, Adil and Susanna did find themselves apologising for another reason as the interview went on.

When detailing his time on the Italian I’m A Celebrity, Paul inadvertently swore live on air.

But in a humorous moment after Adil and Susanna apologised, Paul joked: “That’s nothing!”