“Kin,” “Too Close” and “Cold Courage” will all roll out on the streaming service later this year 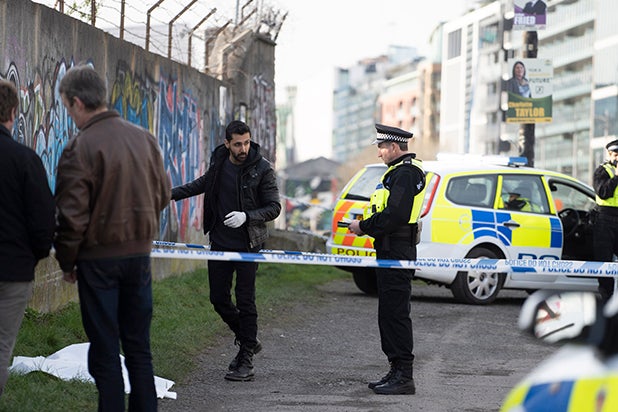 AMC+ has picked up a trio of foreign crime dramas to premiere in the U.S., AMC Networks announced Thursday.

“Cold Courage,” produced by Lionsgate, is an adaptation of the series of novels by Finnish journalist Pekka Hiltunen. The series centers on Mari, a fierce psychologist, and Lia, a shy graphic artist, who are drawn together through the “Studio” — a clandestine group of like-minded people operating off the grid, dedicated to righting the wrongs of the powerful, influential and corrupt. Simm, Caroline Goodall and Arsher Ali star in the series from writers David Joss Buckley and Brendan Foley.

“Kin,” which is slated for a fall premiere on AMC+, charts the lives of a fictional Dublin family embroiled in a gangland war. Produced by BRON Studios and Headline Pictures in association with RTÉ, Nordic Entertainment Group (NENT Group) and Creative Wealth Media, the series is currently in production in Ireland. Peter McKenna serves as showrunner and executive producer, having co-created the series with Ciarán Donnelly.

The three-part drama “Too Close” stars Watson as Emma Robinson, a forensic psychologist who falls victim to a criminal suspect’s insightful and manipulative nature. Per AMC, “Connie has a searing insight into Emma’s deepest insecurities and starts to brutally exploit them. Their sessions become a complex psychological game with confusing undercurrents.”

“Between our international acquisitions team’s strong track record identifying and acquiring the best content from the rest of the world and the incredibly positive response to the crime drama ‘Gangs of London,’ which quickly became one of the top-performing originals on AMC+, we’re thrilled to add three equally compelling and suspenseful crime thrillers, featuring breakthrough characters and themes of family drama and cat-and-mouse flair, to the premium streaming bundle,” Dan McDermott, president of AMC Networks programming and co-president of AMC Studios, said. “We’re delighted to be partnering with BRON Studios, All3Media International and Lionsgate to rollout this curated slate of exceptional dramas exclusively to U.S. audiences and AMC+ subscribers first.”