ANTIQUES Road Trip expert was left stunned after a £1 glass sold for a HUGE amount.

Expert Paul Laidlaw spotted the small Georgian glass on sale for just £1 while hunting for precious items in Buckinghamshire and the West Midlands. 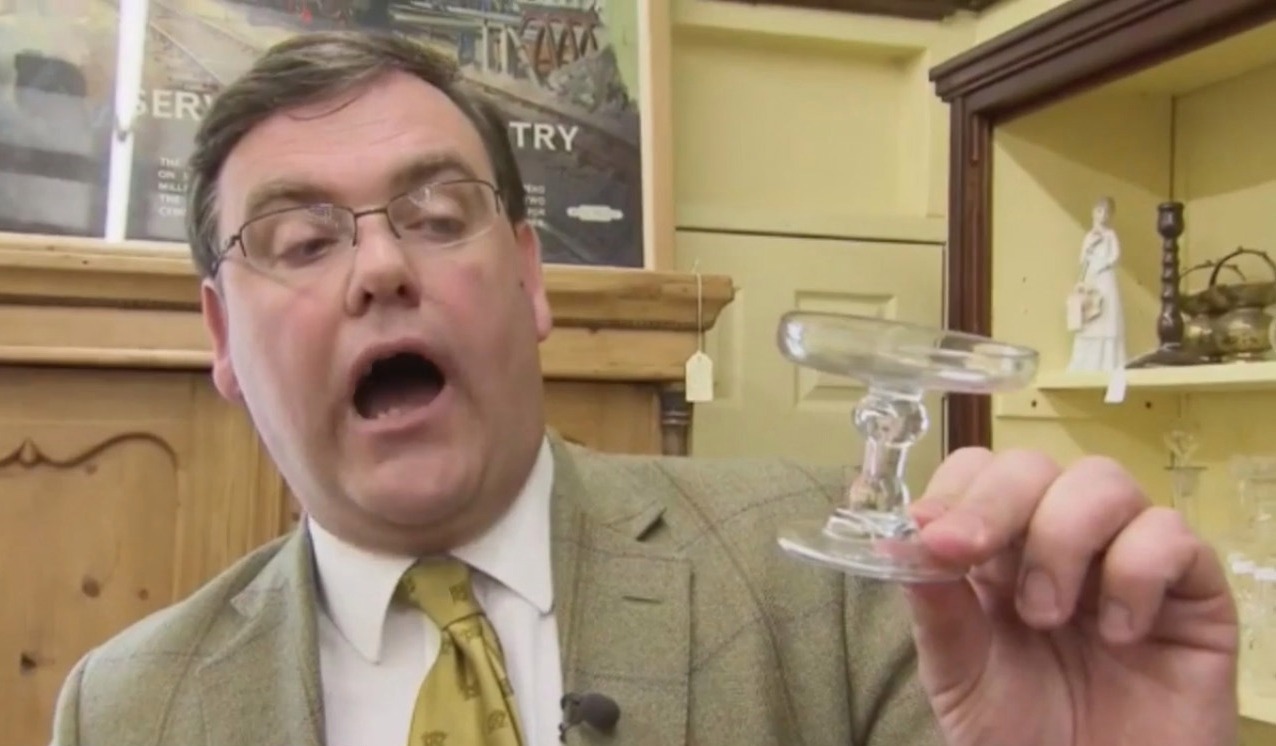 The BBC One antiques dealer got far more than he bargained for when the item racked up £360 at auction.

Paul was impressed when he came across a seemingly worthless glass at an antiques shop.

He explained that the piece would likely sell for much more, he said: "It dates to 1740/1750. And it's an incredibly scarce little Georgian English glass."

The expert said it resembled a "tiny little sweetmeat dish or a miniature cake stand" and admired the folded foot. 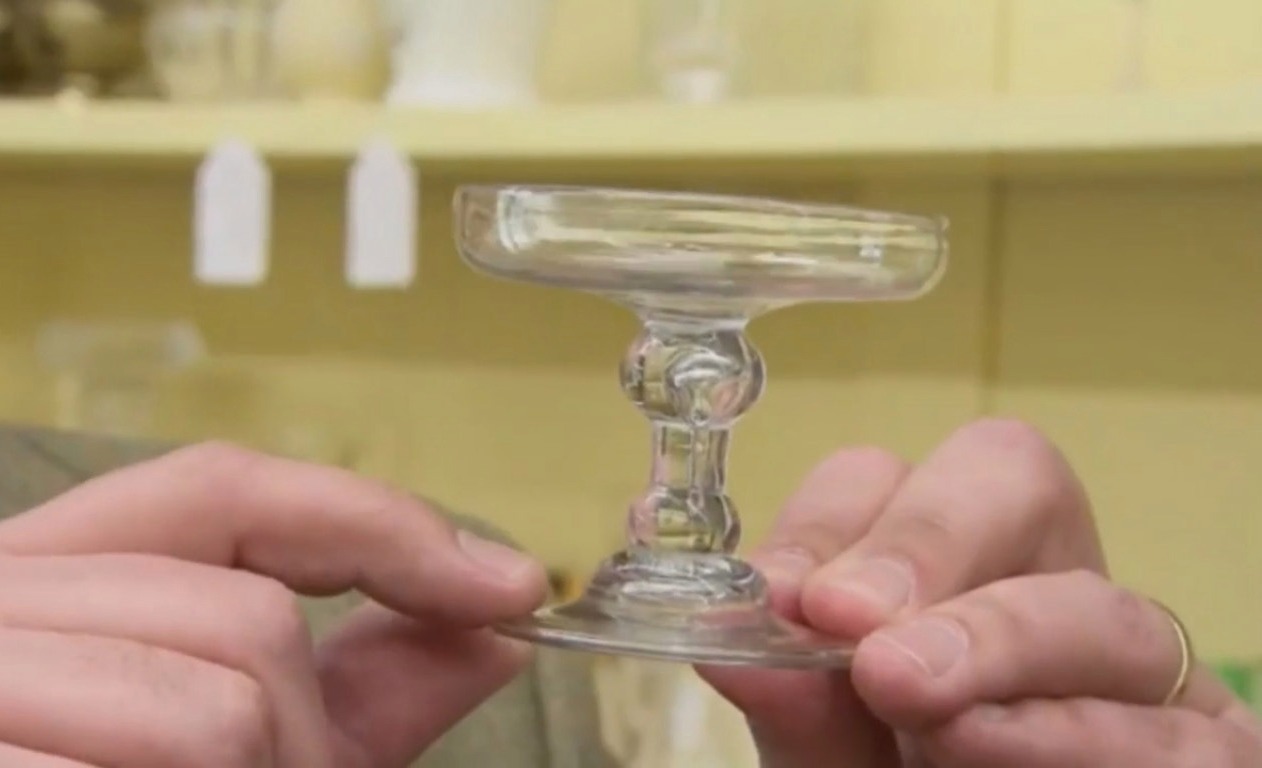 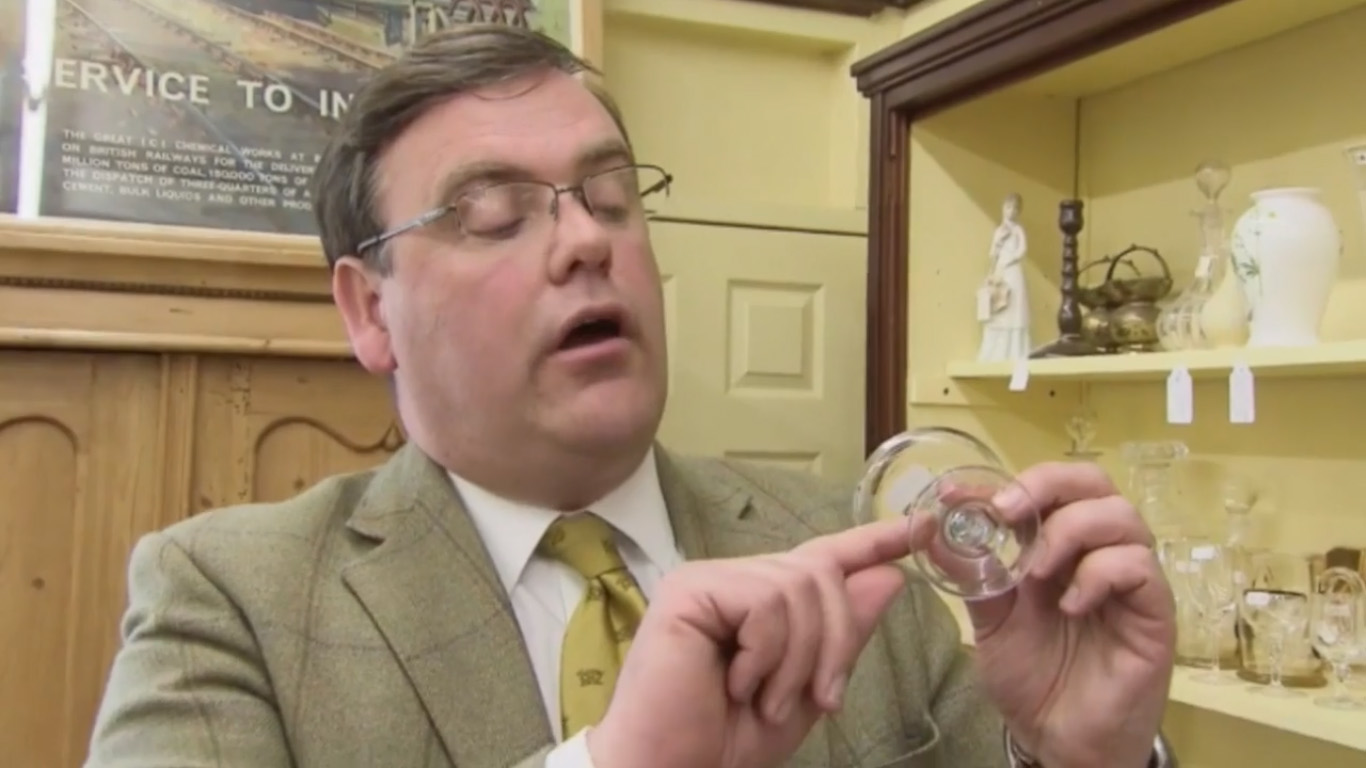 He said: "A folded foot is one in which the glass has been turned back on itself to give a double-thickness at the edge.

"That is serendipity – it's also a colossal bargain. The truth of the matter is – that's worth, to a specialist client, one hundred pounds of anyone's money."

Paul was joined by fellow auctioneer Christina Trevanion as he nervously waited to see if his punt paid off.

The bidding started at £110, but soon doubled as bids continued to rise, leaving Paul astonished. 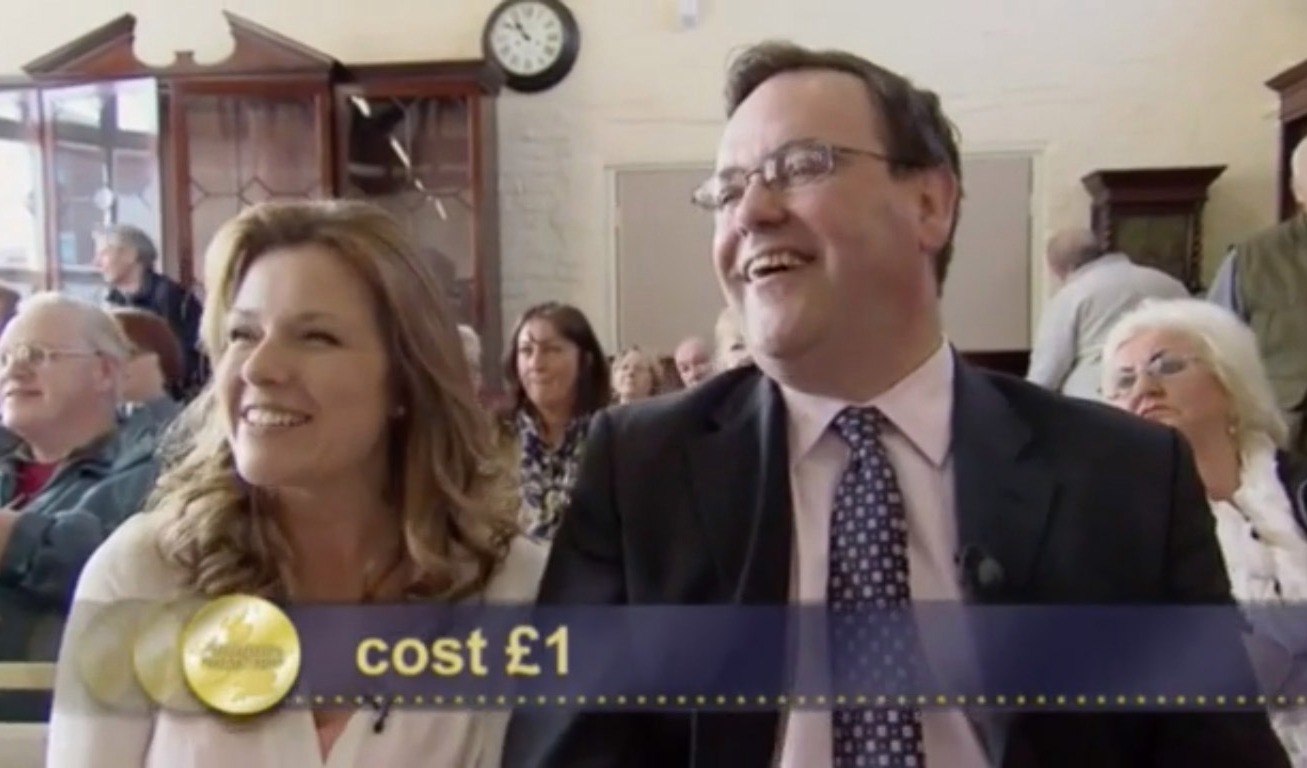 "Slightly over-estimate," the auctioneer commented as the glass eventually went for £360.

Paul was left chuffed with the outstanding profit and exclaimed: "Wow! That was my moment."

Expert Christina was blown away by the impressive sale and joked: "Would you like a piece of cake?" 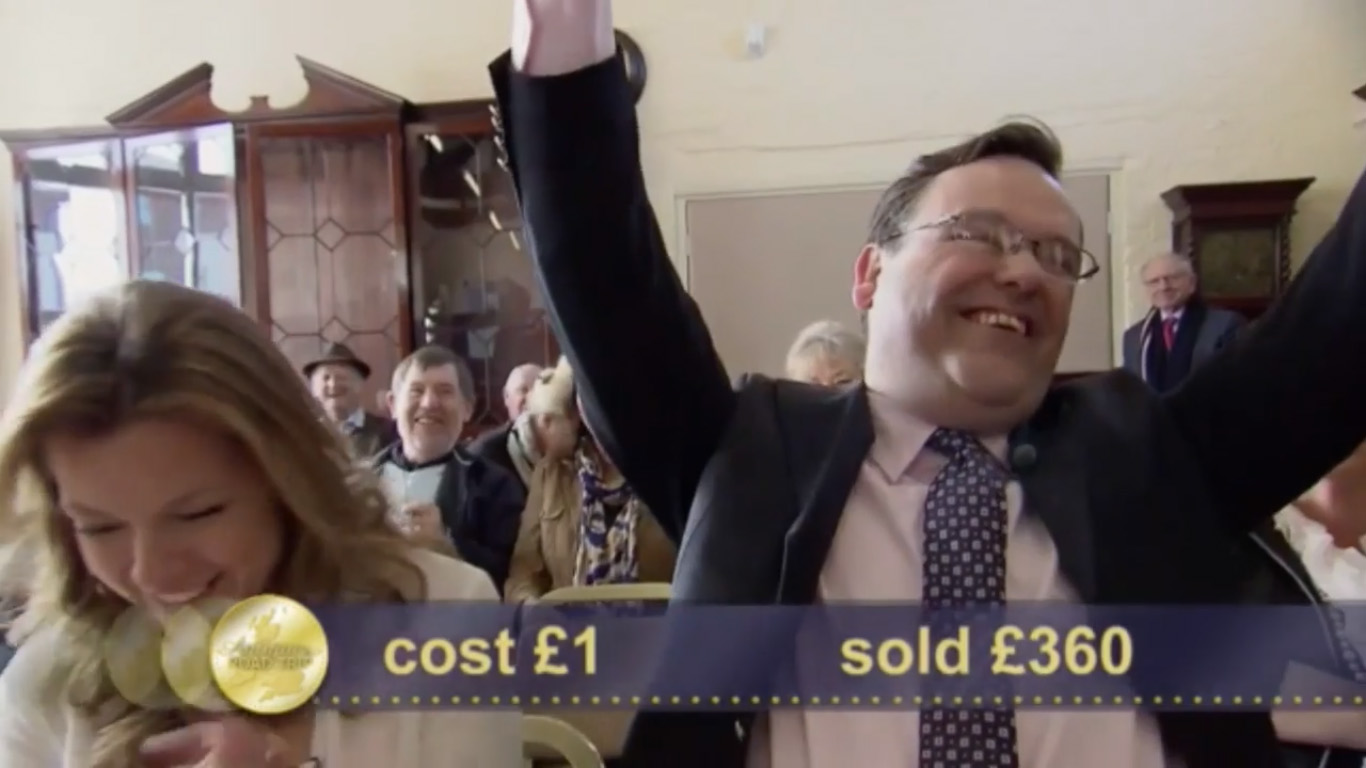 The series follows antiques experts who compete against each other to see who can turn the biggest profit over five episodes.

A thrilled Paul couldn't wipe the smile off his face after scooping a huge profit with an initial budget of £200.

Antiques Road Trip is available to stream on BBC iPlayer.