Antiques Roadshow visited Kenilworth Castle earlier this year and expert Joanna Hardy was tasked with evaluating a diamond, sapphire and pearl ring. The BBC expert was overjoyed with the piece of jewellery and left its owner speechless when she revealed it was worth £4,000.

Joanna began: “When I see a beautiful box like this, my heart misses a beat because I’m hoping that the item inside is going to match the box and often, it doesn’t.

“So when I open this, oh my goodness, I can breathe it is beautiful, absolutely stunning and matches the box, but tell me how did you get hold of this wonderful ring?”

“I inherited the ring from my mother four years ago and she had owned the rings since the early 1970s,” the guest replied.

“She inherited it from her aunt and this aunt was German. We called her auntie Tivy, and she had married my mother’s uncle in Germany after the war.” 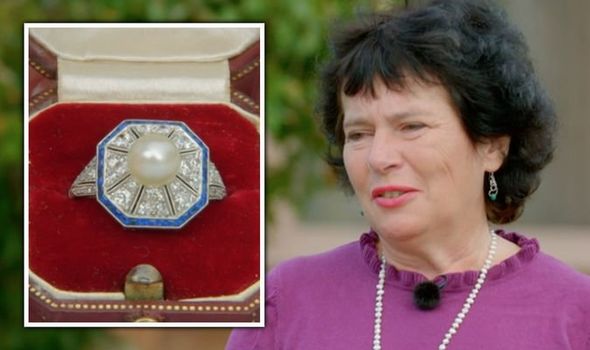 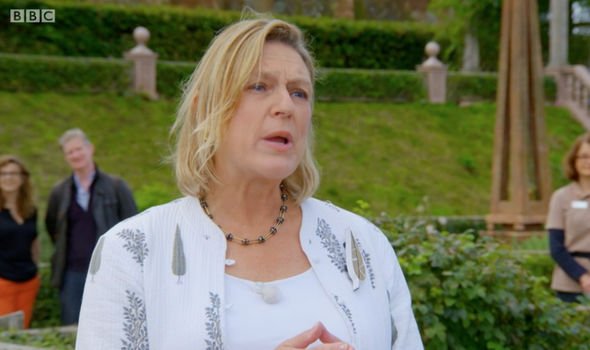 “So Tivy was German and, of course, inside the box here the lining is telling us a lot about the ring,” the expert explained.

“Now Clemens Dahmen is the jeweller in Cologne and they started at about the early 19th century.

“And if you look at the top, there’s a crown and that was because they were court jewellers up until, 1918 just after the war when the German monarchy collapsed.

“I’m going to take it out here because it is absolutely beautiful craftsmanship.” 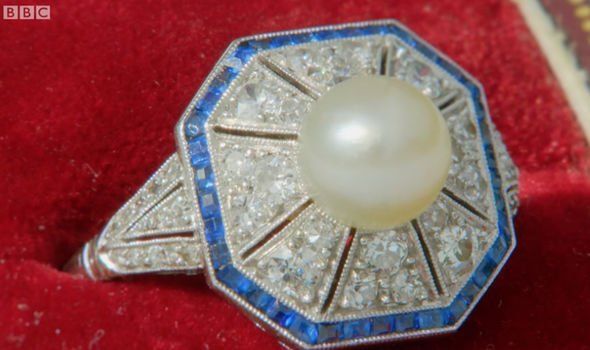 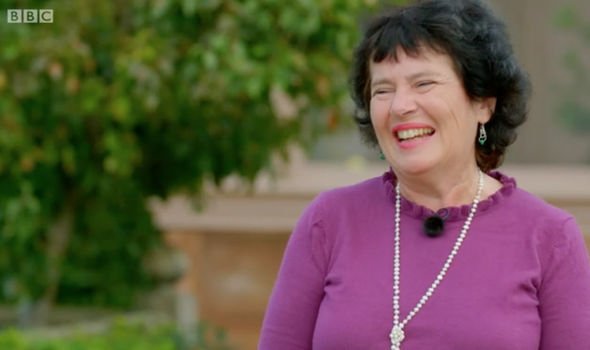 “These styles of rings have been so popular that they are often copied,” Joanna said,

“And one of many ways of being able to tell that it isn’t a copy but is the real thing is if I turn over and look at the back of it.

“So, often reproductions will have drill holes, so they’re all very uninformed at the back but here you can see the hand of the craftsperson because each individual space has been individually pierced out.

“It’s all in Platinum, the cut the diamonds are telling me that the roundabout 1915 and slightly earlier.”

“And then you’ve got this wonderful border of having very tiny Calibre square cut sapphires,” she added.

“Of course, it has a beautiful, natural Pearl, it really is superb.”

“I think the ring actually looks even better, being worn on the finger,” the owner revealed.

“I love to hear that because that is what jewellery is about, to be worn,” Joanna remarked.

“They’re very desirable and at auction, I would say you’re looking in the region of about £4,000,” Joanna confirmed.

“Really, gosh, yes that is a surprise but I will carry on enjoying it, it is lovely,” the guest said.

“Please do,” Joanna urged. “And especially now we need joy, more than ever.

“I think you should do a walk around the house and wear it and admire it.”

Antiques Roadshow continues on BBC One on Sunday at 8pm.

Netflix Negotiating For ‘The Woman In The Window’ With Amy Adams; Last Fox 2000 Elizabeth Gabler Project Will Be Let Go By Disney

'The Bachelor: Listen to Your Heart': Why Did Jamie and Trevor Break Up?