During the episode, viewers tuned in to see expert Mark Smith fulfil one of his ambitions, getting to see and hear how a Conspicuous Gallantry Medal was awarded to a sailor.

Along with it, he gave a staggering valuation for the collection of medals, something the owner did not expect.

“When I know that I am coming to a Roadshow, I sit there and I think to myself ‘What medals would I like to see?’And the top of my list is this one,” Mark explained and asked: “Who was this gentleman who owned these medals?”

The lady said: “That was my grandad, Henry Hill. He joined the Royal Navy in 1892 as an able seaman, and retired in 1919 as Chief Petty Officer. “

Going through each medal one at a time, Mark was eager to discuss how they would have been awarded.

“He has quite a spectacular set of medals, really, because he has the Boer War medal,” he began.

“Now most people think of that as a sort of soldier’s war, on land. But if you remember the Royal tournament, when they used to do the gun run and take the gun apart and move it over the chasms, that was mimicking the Royal Navy as they took their guns apart from the ships, and took them overland to fight the Boers. And that’s what he was doing.”

Mark then revealed how Henry had “fought First World War” because of the “1914-15 star British war medal” he had received.

There was also a Medaille Militaire within the selection of medals and Mark explained: “That’s a French medal which was a gallantry award. You have the certificate, as well. That was given to him because at one point during his career he was a very brave sailor.

“The one on the end is the Khedive’s Sudan Medal, so he’s again in Africa and he’s fighting in Sudan. But the one that he has which starts him off is the Conspicuous Gallantry Medal.” 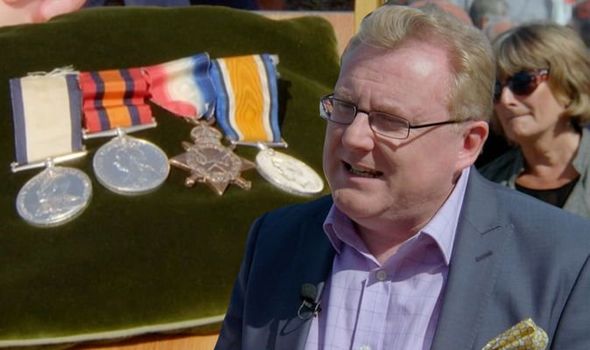 It was then when the owner explained how her grandad had been awarded the medal which piqued Mark’s interest.

She said: “He was at the helm of landing craft in Gallipoli in Anzac and he was shot in the mouth with a bullet. And all his teeth were shot out. He went down below and he washed his mouth out and then insisted on returning to the helm where he stayed for the next two days.”

“During World War I, they gave 630 Victoria Crosses. Just to give you some idea of how rare that thing is [the Conspicuous Gallantry Medal], they gave out 110 for World War I,” Mark explained.

“So when I said there’s some medals that I always want to see, wow this is certainly one of them!” he continued.

Mark then revealed the value of the items, noting: “This is a superb group of medals. Now it’s not worth the same as a Victoria Cross, but it’s worth an awful lot more than you would imagine it might be worth. 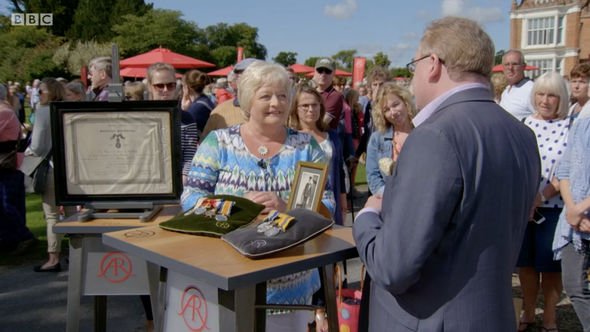 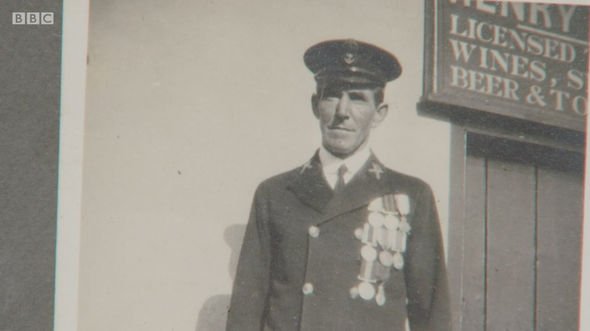 Only 110 of the Conspicuous Gallantry Medals were given out.

It comes after another valuation which saw a 220-year-old diamond brooch receive a staggering price tag.

Expert Geoffrey Munn had the fortune of inspecting the piece and proudly stated it to be worth £30,000.

Antiques Roadshow returns Sunday at 8pm on BBC One.

12/06/2018
Recent Posts
We and our partners use cookies on this site to improve our service, perform analytics, personalize advertising, measure advertising performance, and remember website preferences.Ok