Arnold Schwarzenegger has a bunch of unforgettable lines in his many movies. One that’s always stood out was his candid remark directed at an alien monster in the classic film Predator.

The grotesque beast is frequently regarded as one of the ugliest-looking movie monsters in all of cinema, and Schwarzenegger agrees. He was so disgusted by the predator’s costume when he first saw it, that he ended up adding his unfiltered opinion to the movie script.

Arnold Schwarzenegger was hesitant about signing on for ‘Predator’ 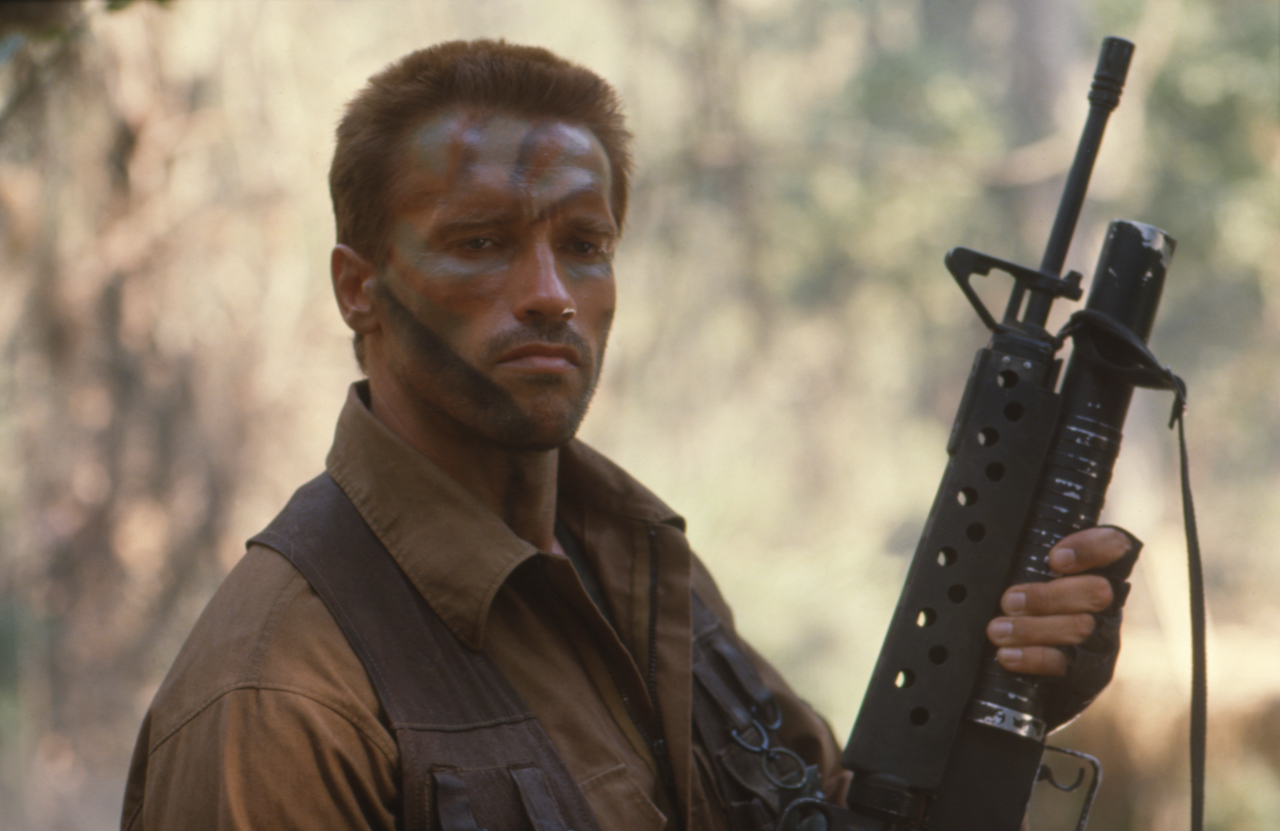 Predator was interesting to Schwarzenegger from the moment he became aware of it. It told an interesting story, had a ton of action, and involved several primary characters.

“Predator was an interesting project because it read really well,” Schwarzenegger told GQ. “It was very intense, but it was an ensemble piece. It was very clear that there would be five, six guys going into the jungle, and screen time would be split up amongst all of us.”

By the time he became involved with Predator Schwarzenegger was already a big star. Typically, movie stars want to get as much screen time as possible, which made Schwarzenegger uncertain about signing on.

However, after he began shooting the movie, he realized how great of a project it was.

“To me, I think that in the beginning, I was hesitant about that idea,” Schwarzenegger said. “And then when I was actually in Mexico and shooting in the jungle, as it was unfolding the story, I enjoyed it more and more because it’s so much fun to work with a bunch of guys like that.”

Prior to Predator, director John McTiernan was relatively unknown in the movie business. He only had one film to his name, and it was a big risk for the studio to hire him

The risk ended up paying off because McTiernan did a masterful job of creating the suspenseful film.

“John McTiernan, who directed the film, has only directed one other film beforehand … And so it took a lot of faith from the studio and from all of us, but he pulled it off,” Schwarzenegger said. “He was so good in directing. He was so thoughtful with the way he moved the camera to make it suspenseful and all of this, the atmosphere created in the jungle with that fog all the time, that was kind of scary. And never to show the predator until the very end. I thought that was just brilliantly done.”

Arnold Schwarzenegger was impressed by the predator costume

Schwarzenegger himself was truly moved by the predator’s distinctive costume.

“It was really amazing when we finally showed the predator …” Schwarzenegger said. “It was so well done. It was really tall, they had a basketball player that was like seven-foot-two that was carrying this mask and its outfit.”

He improvised the ‘ugly motherf—-r’ line in ‘Predator’

Everyone who’s seen the horrendous-looking alien monster in Predator knows how ugly it is, Schwarzenegger included. In fact, his initial reaction to its appearance was so perfect that he ended up using it in the film.

“It looked scary, it looked slimy, it looked weird,” Schwarzenegger added. “It looked so bad that it came natural to me to say, ‘You are some ugly motherf—-er.’ That came kind of natural. It was kind of improvised, that line. And then they kept it in the movie.”

Katie Price's daughter Bunny, 6, looks unrecognisable as she poses in one of her wigs in sweet snap