BAFTA viewers were in hysterics after Bradley Walsh threw a "tantrum" after losing out on a top gong.

The Chase presenter, 61, ripped off his mask and shouted at the stage when he failed to win Entertainment Performance. 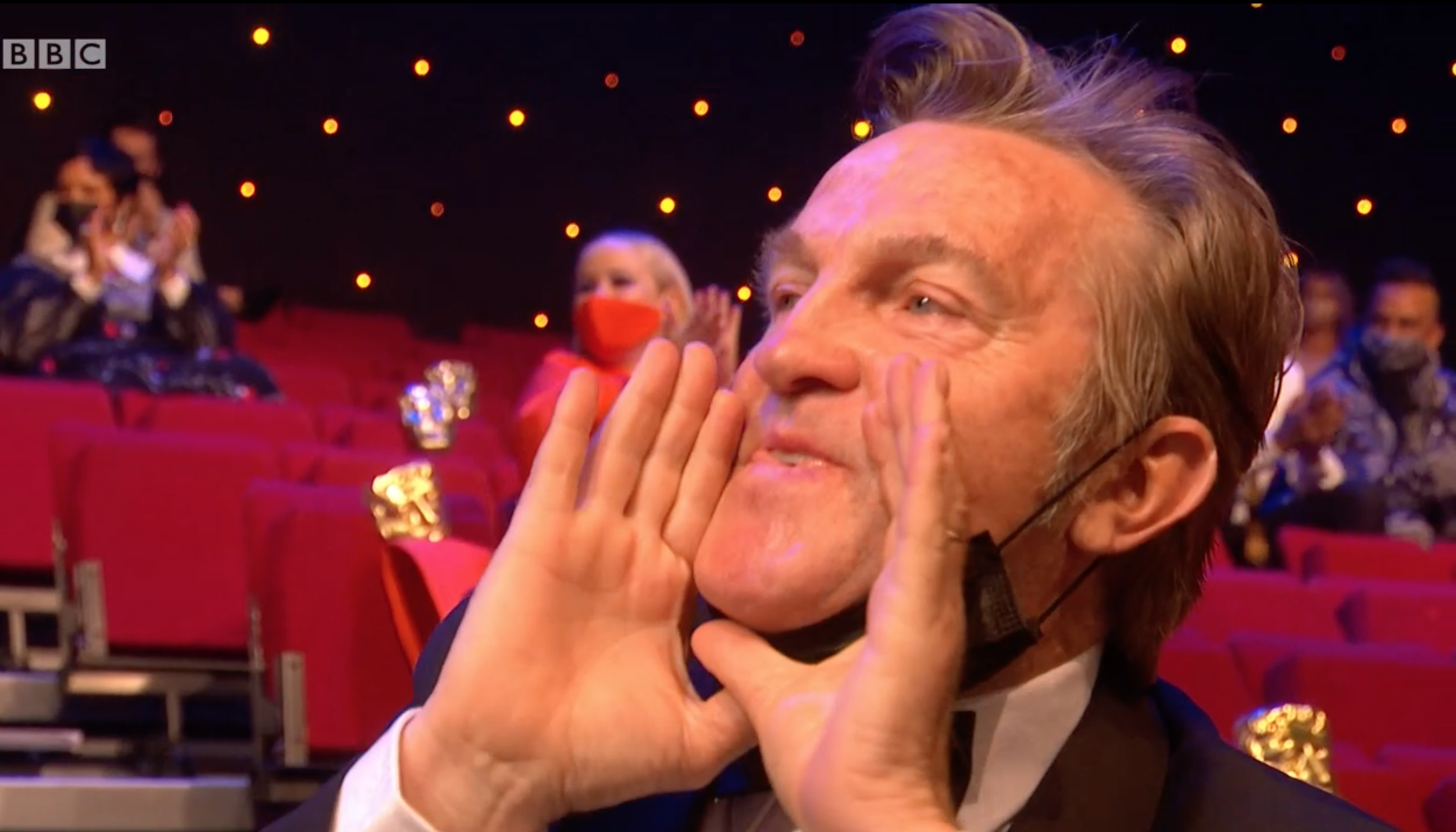 After being beaten by comedian Romesh Ranganathan, funnyman Bradley joked: "I can't believe it."

He then got behind his rival by taking his mask down to loudly wolf whistle before hilariously heckling Romesh from the limited crowd.

Accepting the award, Romesh proudly said: "Wow thank you so much. I really didn't expect to win, well there was a good chance…

It was much easier for me to do the show this series because I just had to do it from my garage. 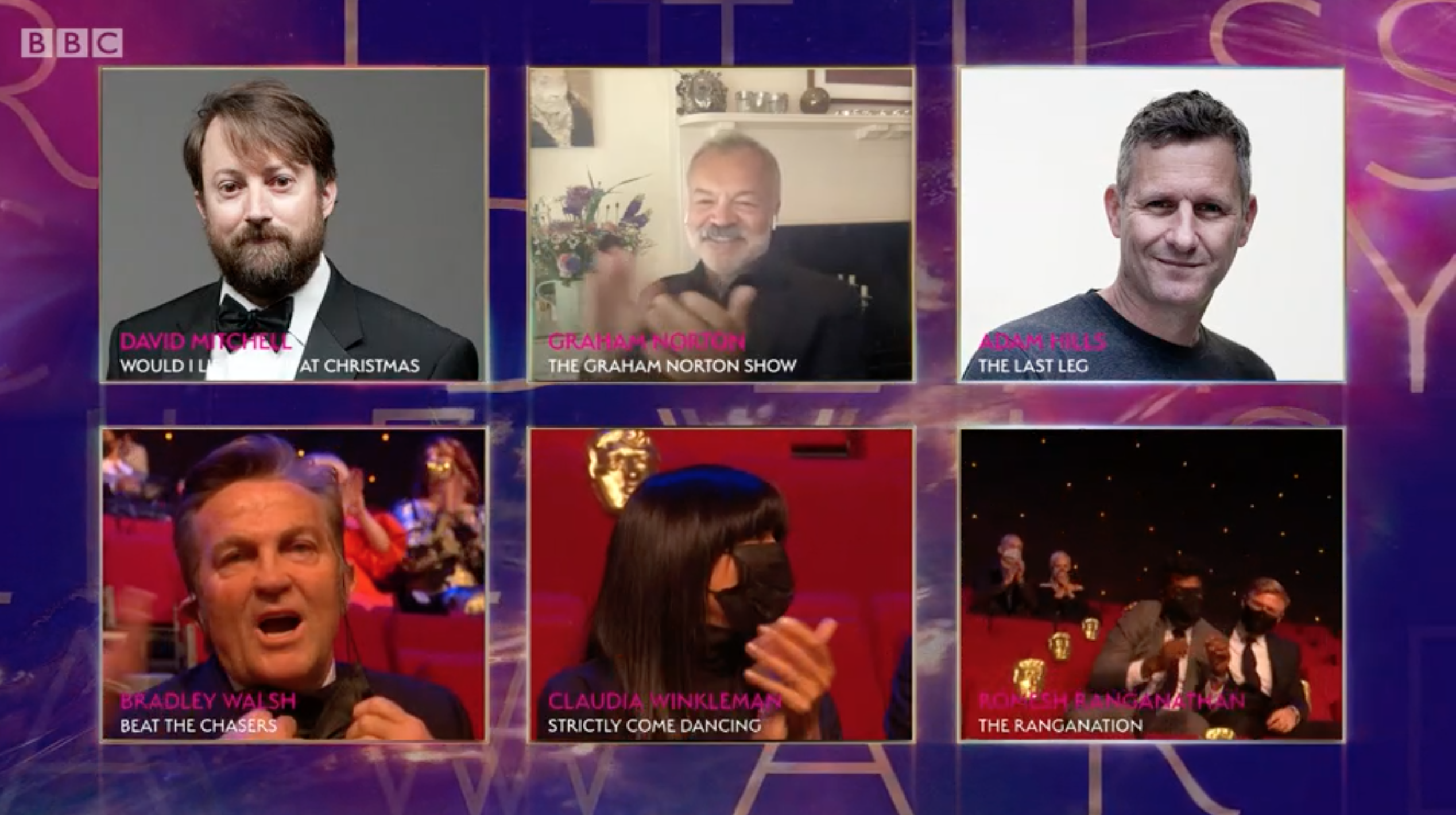 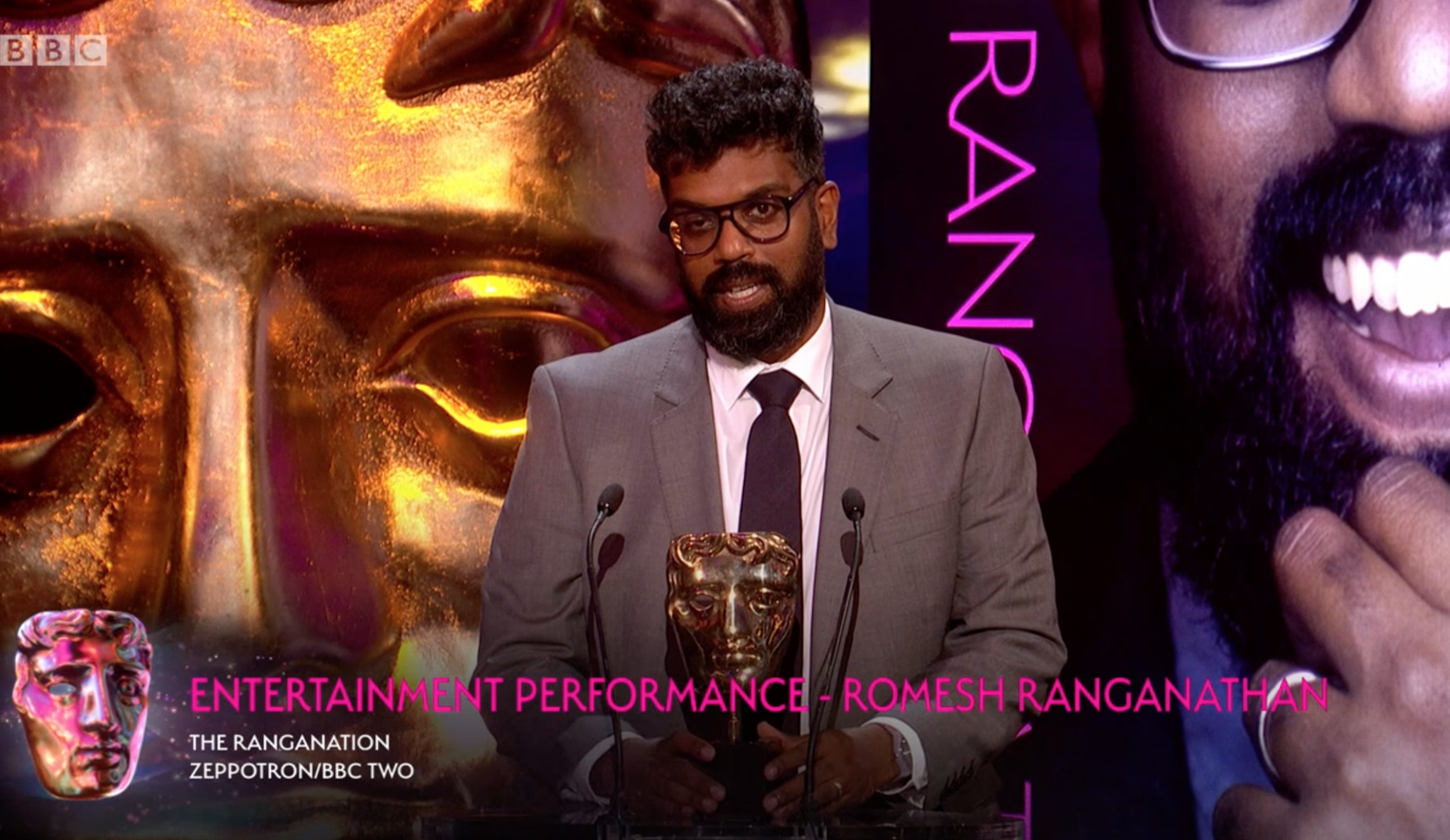 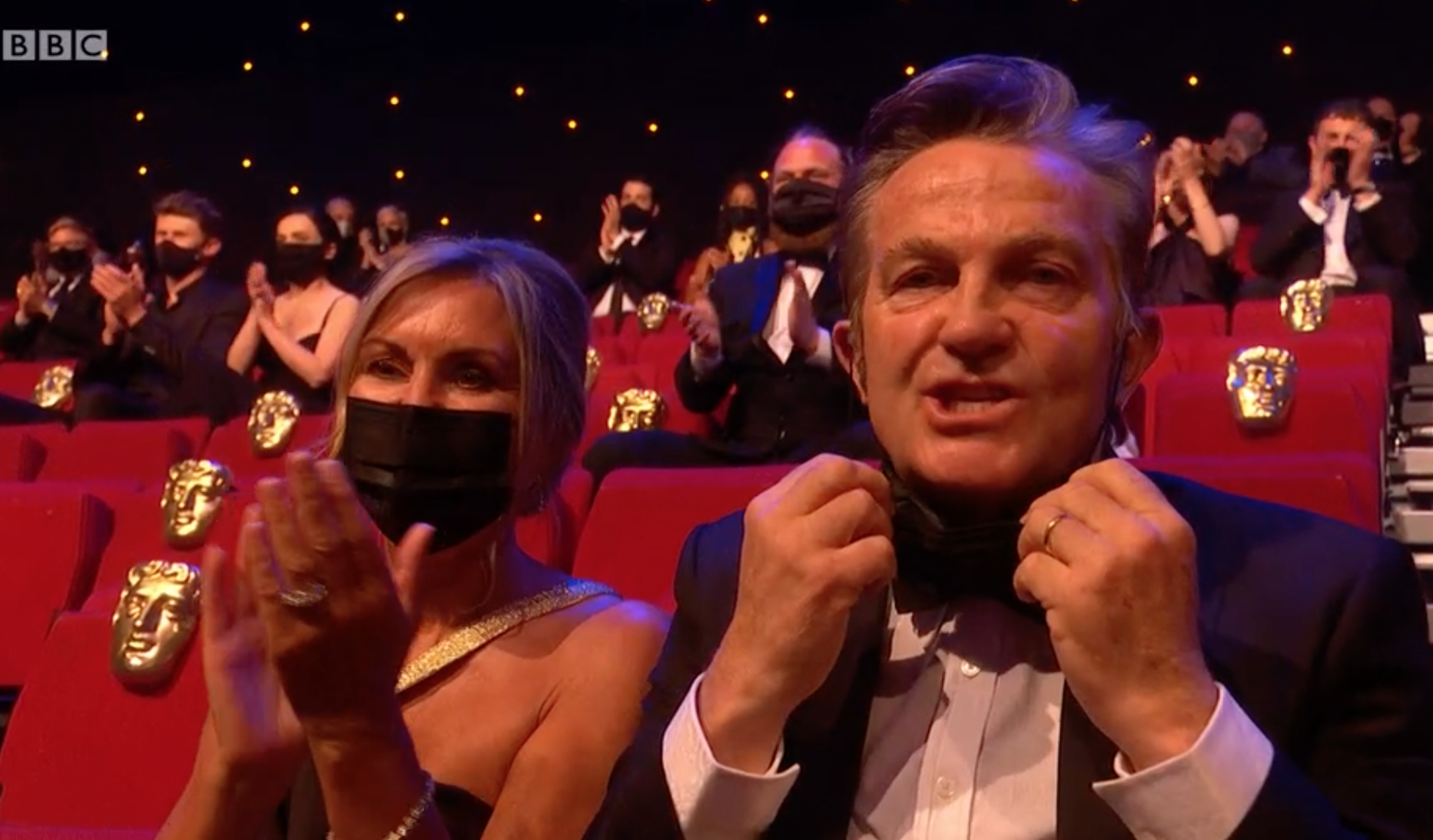 "In many ways I feel like I've put in less effort for more reward. That's what life's all about in showbiz."

After Romesh finished his speech, Bradley once again removed his mask and mouthed "this is a joke" down the camera.

The moment tickled viewers, with one writing on Twitter: "Bradley Walsh mouthing to the camera ‘I can’t believe it.’ And then heckling the winner had me howling!" 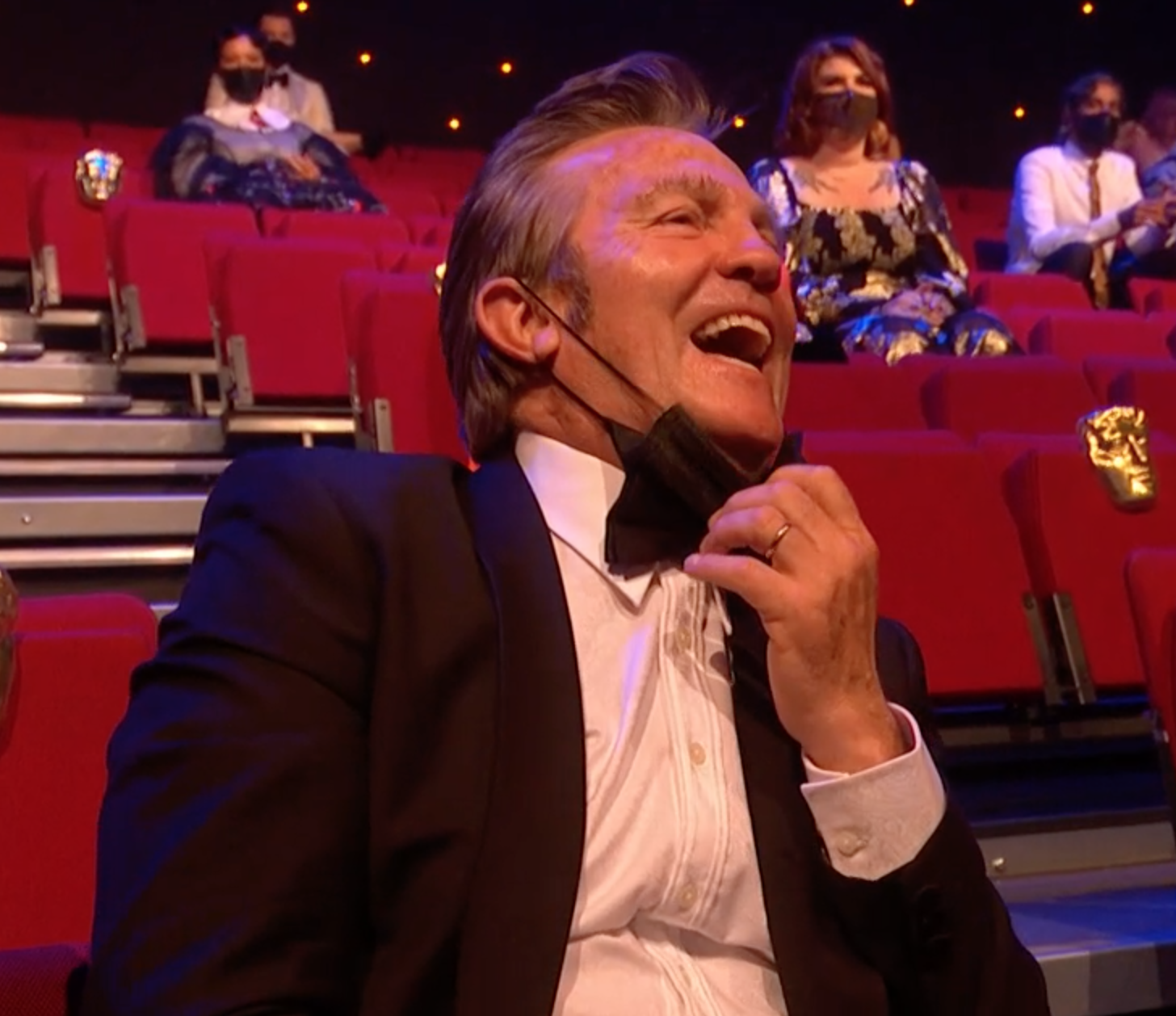 Someone laughed: "There was not one shot in that where Bradley Walsh didn’t take his mask off."

"Bradley Walsh keep your mask on challenge," laughed another.

But someone else didn't see the funny side and moaned: "Why is Bradley Walsh repeatedly taking his mask off to whistle and mouth s**** at the camera?

"Showing himself up on TV by not following rules that are in place for a reason."